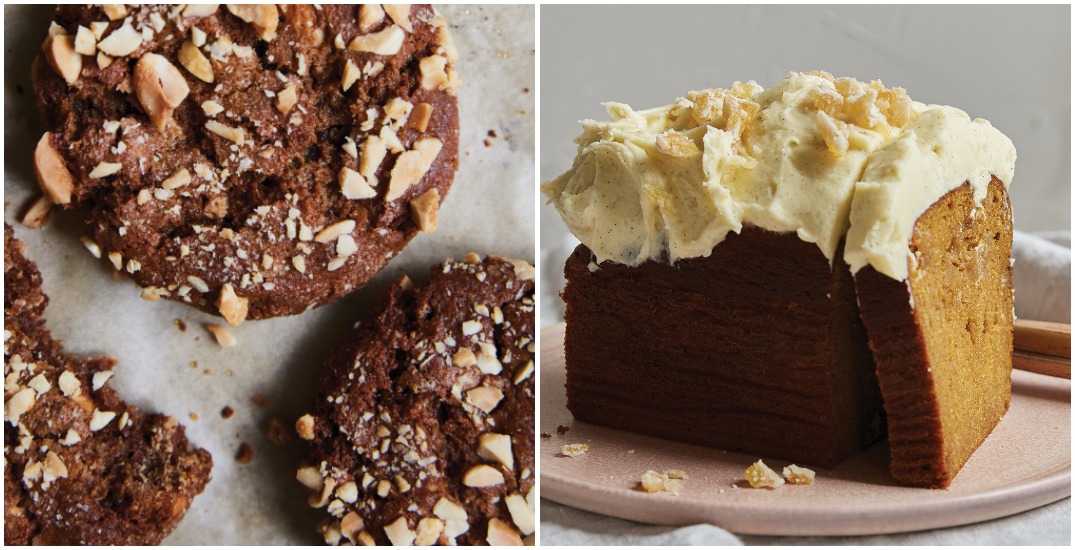 Let’s talk about gluten-free cooking and baking. When you remove gluten from your cooking, you add challenges. The challenges are that the food you make tends to lack texture and ends up being gummy, crumbly, dense, and gritty. Flavour? Forget it, that’s an afterthought. Just getting a decent rise out of a gluten-free baked good is a success. 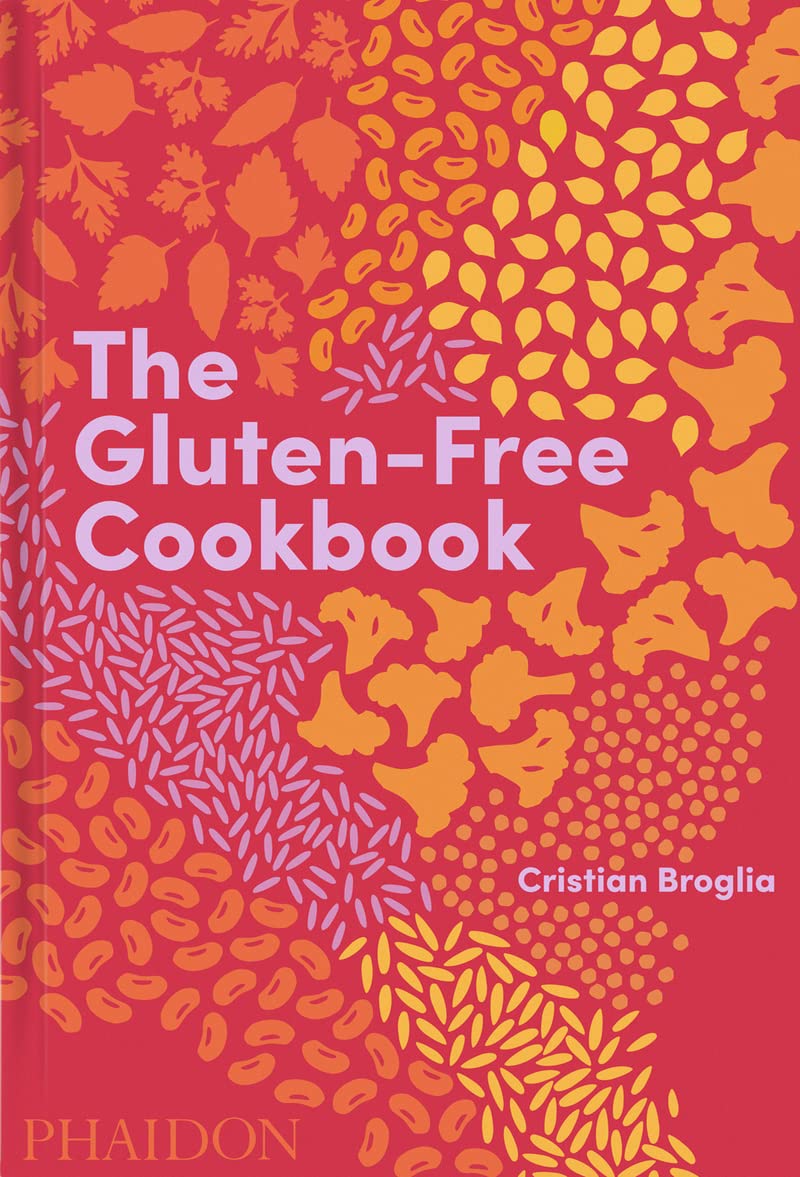 The ultimate gluten-free bible, Cristian Broglia’s recently released cookbook features 350 naturally gluten-free recipes drawing from the broadest range of international food cultures. Broglia, who started her career in Parma, Italy, was thrilled to take on the task of collecting and choosing the recipes for the stunning book, published by Phaidon.

The recipes are divided into Breakfast, Starters, Soups, Bread and Wraps, Rice and Noodles, Salads, Vegetables and Legumes, Fish and Shellfish, Meat and Poultry, Desserts and Sweet Treats. In the book, you’ll find originality with delectable dishes like Filled Coconut Pancakes, Peanut Soup with Bananas, Kimchi Stew with Pork, and Argentine Rice Pudding. Publishers Weekly stated in their review, “This indispensable guide proves that good food knows no bounds or borders.”

Aran Goyoaga is a fourth-generation baker, cookbook author, food stylist, and photographer. You just have to look at her Instagram to get a taste of what she does. She attended culinary school at 24 and was defined by food until she realized it was the very thing that was making her sick. She was diagnosed with a gluten intolerance and from there started expanding her knowledge of delicious gluten-free breads and pastries.

Looking at Aran’s cookbook made us envious, so we reached out to the author and asked her what we should have in our kitchens to get started. “For baking, number one is a kitchen scale. It really minimizes problems. Other favourite tools, bench scraper, balloon whisk, rubber spatula, rolling pin and a cake pan.”

Goyoaga’s first cookbook was nominated for a James Beard Award. Opening it up, there’s a section on pantry staples, then you’ll see the recipes are organized around the day, starting with the morning and including things like Ginger-Turmeric Milk and ​​Cinnamon Buns, to midday where there are comforting dishes like Roasted Carrot and Cashew Soup, and ending with desserts like Peach and Hibiscus Sorbet and Salted Apple Cider Caramels. 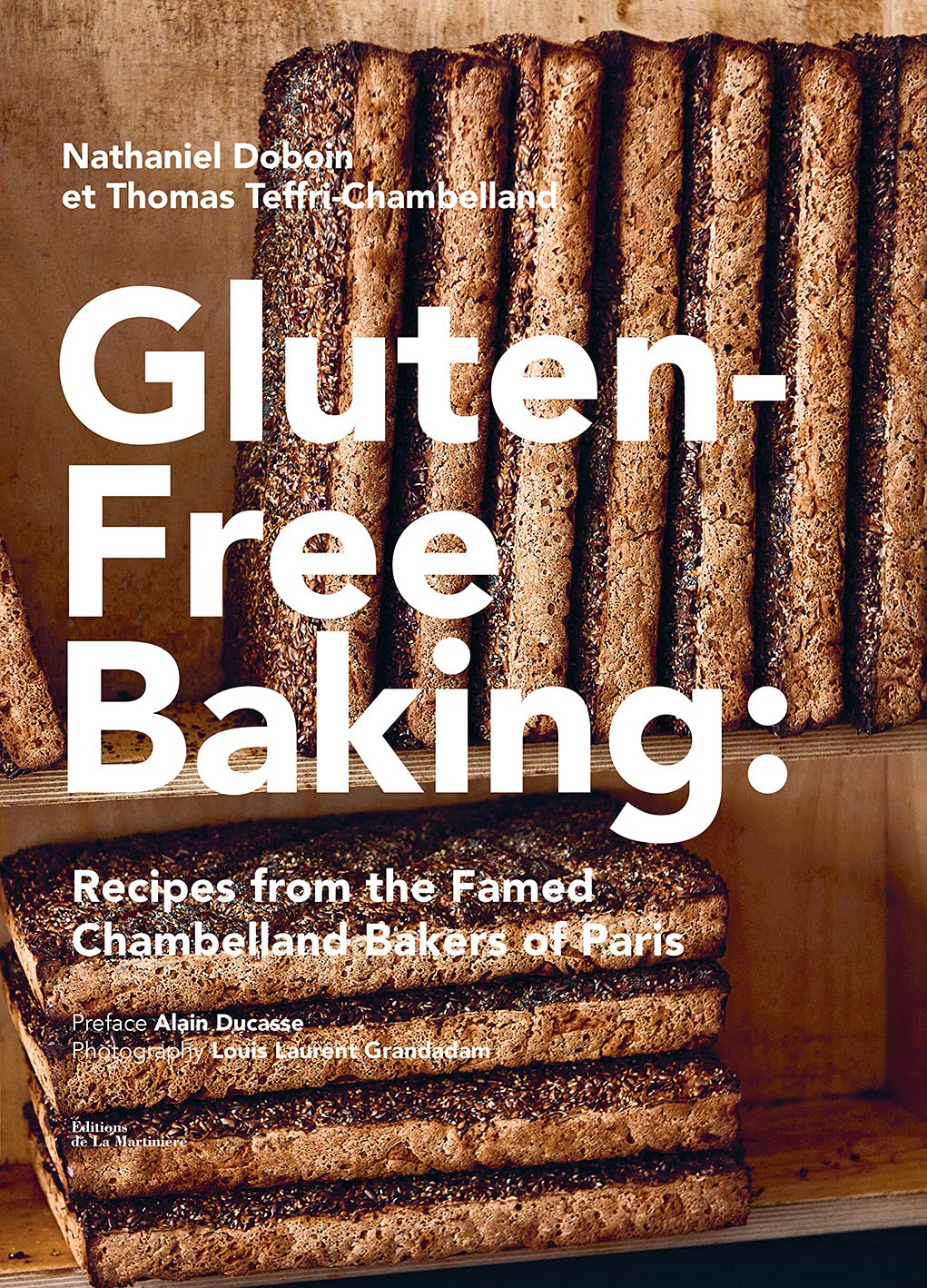 A highly recommended pre-order coming from the founders of Chambelland gluten-free bakery in Paris. With an introduction from acclaimed French chef Alain Ducasse, Gluten-Free Baking features 40 sweet and savoury recipes. Originality shines bright in this cookbook, as founders Nathaniel and Thomas showcase their square loaves and flat breads, which are a departure from the traditional French baguette.

The cookbook includes recipes for breads, biscuits, and pastries, including focaccias, muffins, and classic chouquettes, which are all made from rice and other naturally gluten-free flours. The bakery in Paris is a must-visit since the founders source their flour from their own mill, located in the Alpes-de-Haute-Provence region. 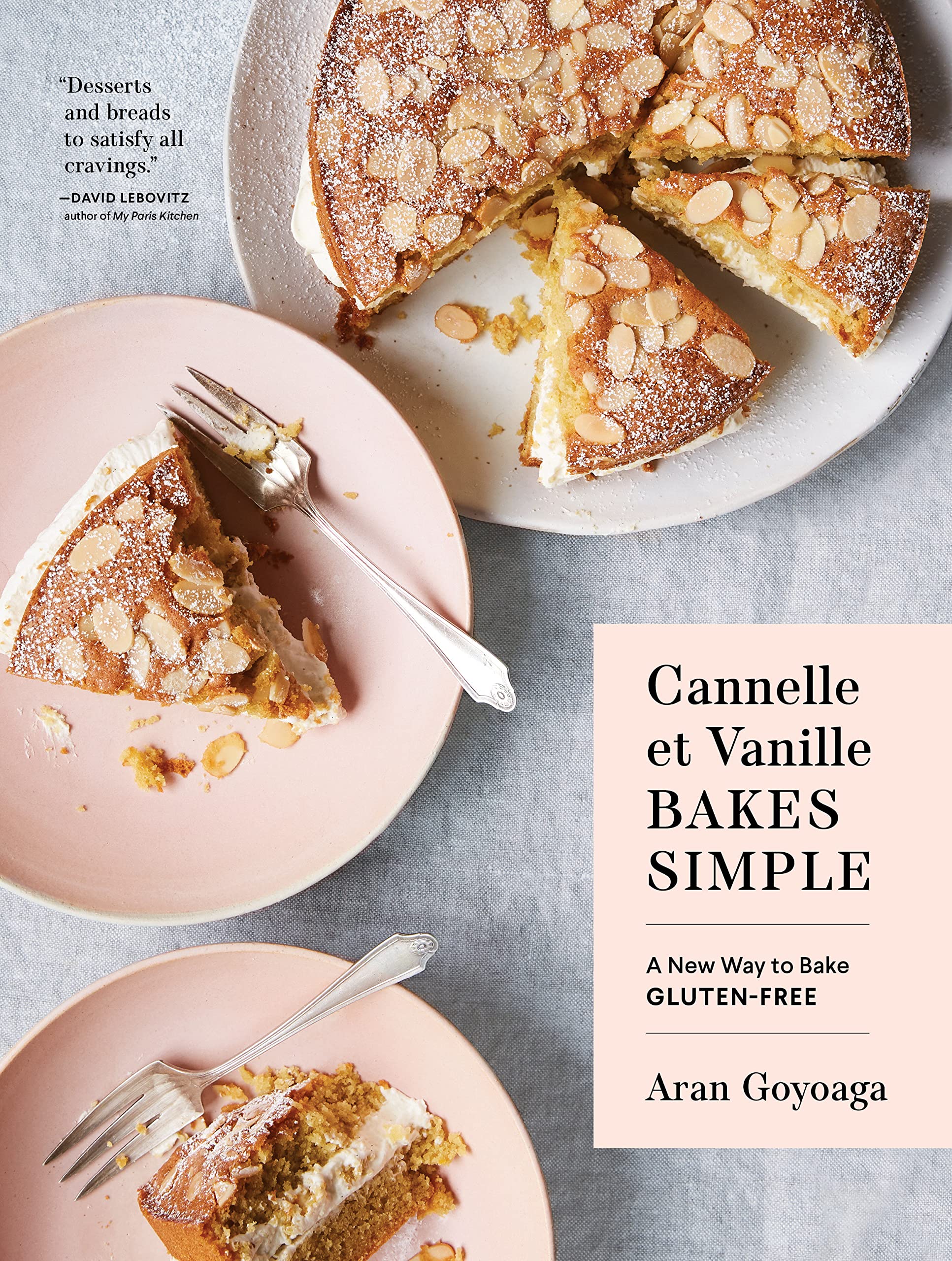 Another from our favourite gluten-free baker, Aran Goyoaga. The Bakes Simple cookbook sold out quickly in Canada and is now in its second re-printing. In her second cookbook, Aran introduces us to a new way to bake gluten-free. Chapter one is all about the staples, including her all-purpose gluten-free flour mix, her renowned gluten-free sourdough starter, and various creams, curds, and spreads.

For beginner bakers out there, Aran told us, “It’s important to learn about the chemistry of baking, especially for yeasted breads. What role does gluten play and what happens when you don’t have it. It also helps to know how different flours react. The biggest issue that I have encountered in GF baking is that there is a wide variance of milling and texture across brands, which makes it tricky to write recipes sometimes. Most of the problems I help to troubleshoot are related to using flours that are not finely milled.” 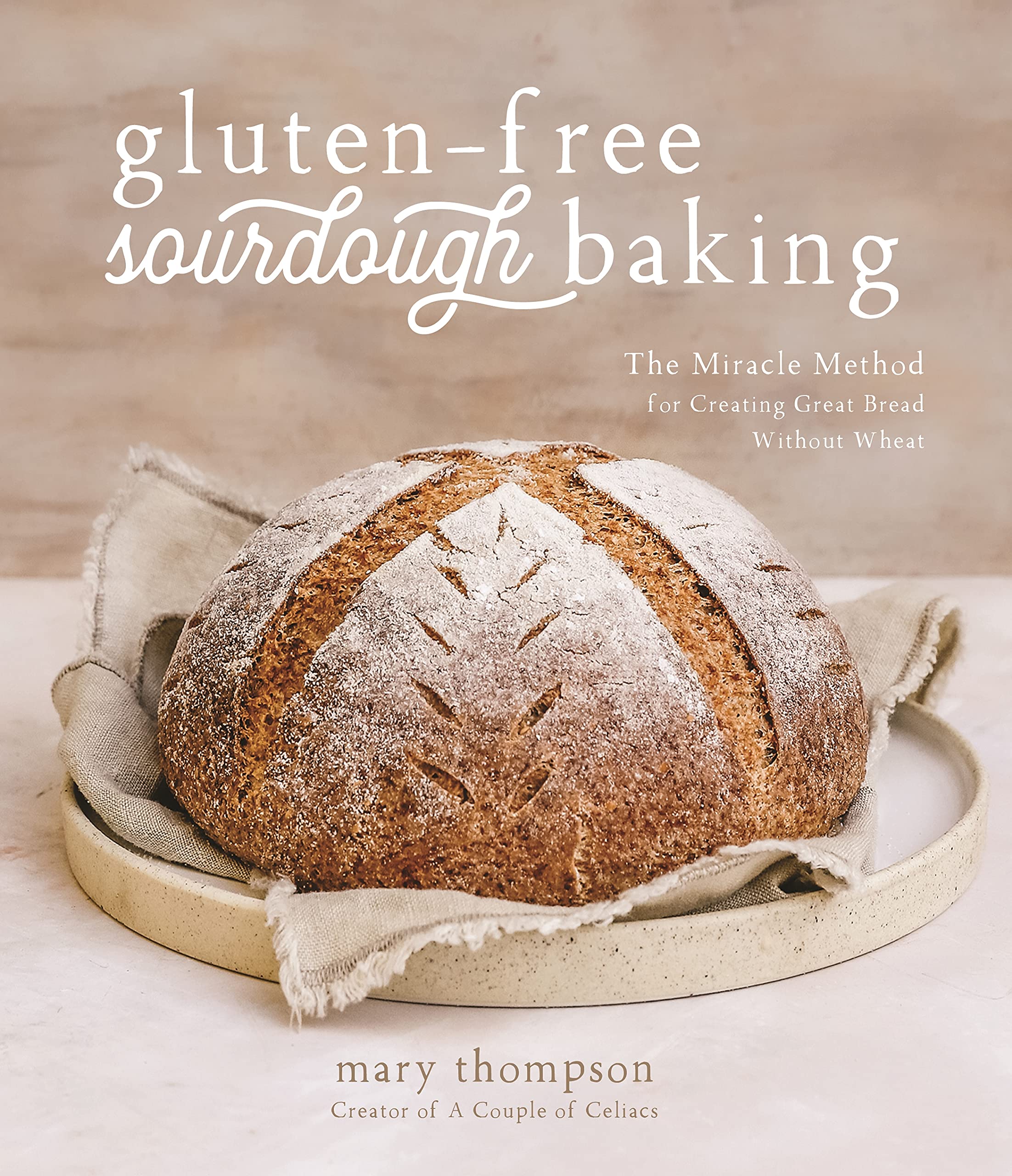 The sourdough trend was alive and well throughout the first half of the pandemic. I do wonder if those starters are still thriving. Unfortunately for many of the gluten-free folks out there, they weren’t able to participate in the Instagram bake-offs. However, thanks to Mary Thompson, founder of A Couple of Celiacs, and her recently released book on gluten-free sourdough, home-baked gluten-free bread is well within reach.

Thompson’s book opens with an intro explaining her pantry essentials and gives readers the lowdown on how to cultivate and maintain a gluten-free sourdough starter. Beyond that, there are recipes for artisan loaves, bagels, English muffins, scones, banana bread, and pies.

A post shared by A Couple Of Celiacs (@acoupleofceliacs)