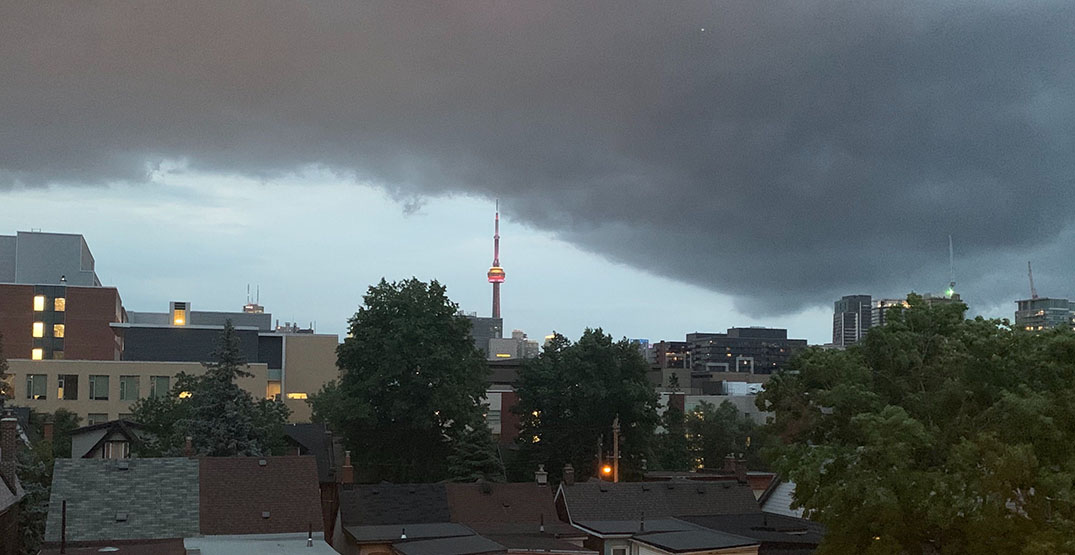 Environment Canada says weather conditions over Toronto are “favourable” for funnel clouds to develop, which are cloud formations that are named tornadoes once they touch the ground.

The weather agency said Saturday around noon it’s already received multiple reports about funnel cloud waterspouts, which are when the thin, spinning clouds form over water.

“In rare cases, these may develop into a landspout tornado,” Environment Canada said in its advisory.

“These types of funnel clouds are generated by weak rotation under rapidly growing clouds or weak thunderstorms.”

The weak rotation is not normally a danger near the ground, unless the spin intensifies and the formation because a tornado.

Environment Canada is asking all residents to treat funnel cloud sightings seriously. Funnel clouds can appear with little or no warning. If one forms nearby, residents should take shelter right away, the weather agency says.