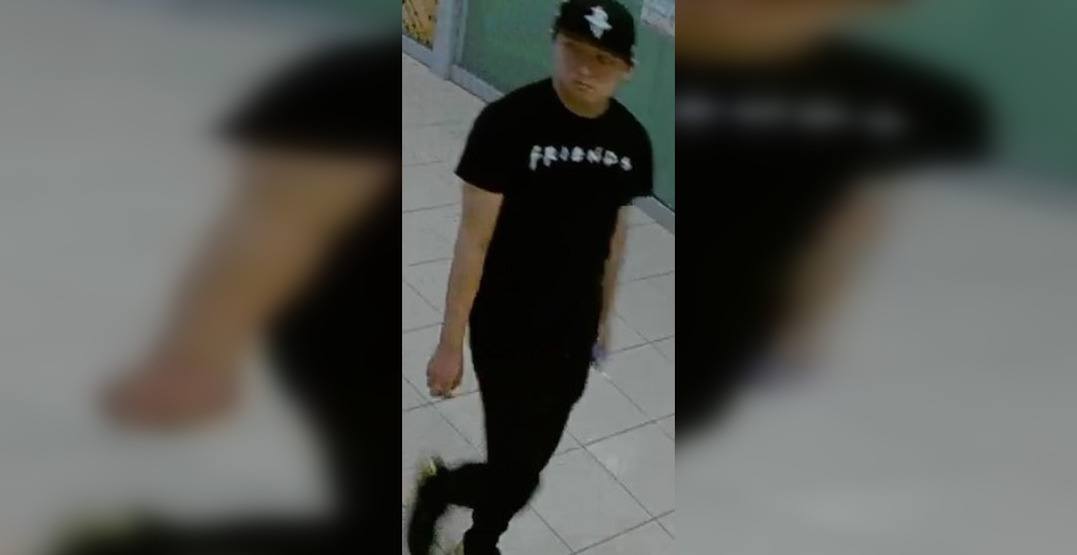 Toronto police are seeking the public’s assistance identifying a man wanted in a commercial break and enter investigation.

Police say that during the evening of Wednesday, August 28, officers began an investigation into a break and enter at Splendid China Mall, located at Steeles and Kennedy.

It is reported that a hobby store was broken into and approximately $30,000 of collector quality Marvel and Gundam figures were stolen.

The suspect is described as between the ages of 20 and 30, with a medium build, a clean shave, and straight black hair with bangs.

He was wearing a black baseball cap with a white emblem, a black shirt with white lettering that reads ‘F·R·I·E·N·D·S,’ black pants, and black shoes with white soles.

Security camera images can be viewed below.