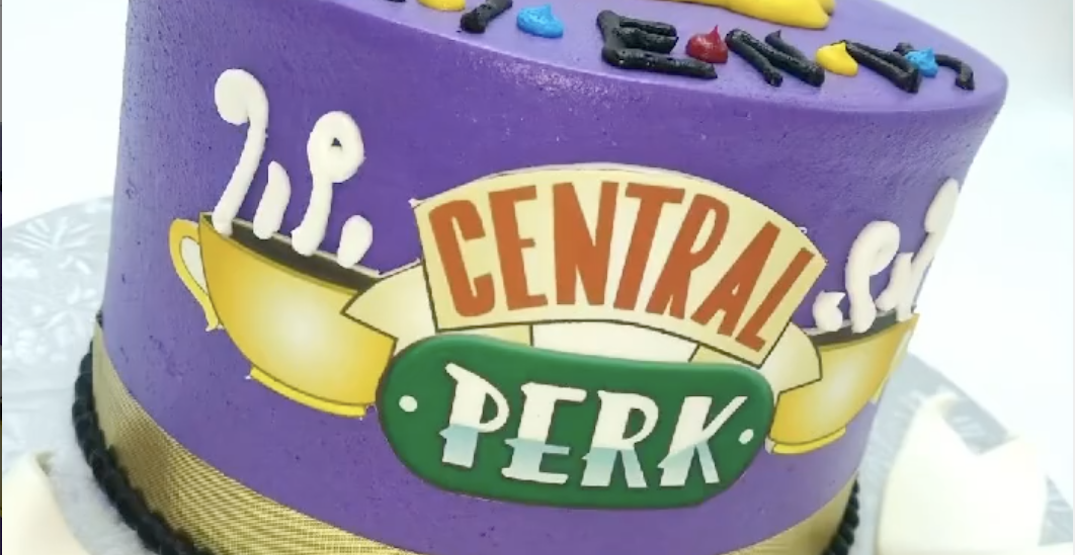 Toronto’s SanRemo Bakery has baked the ultimate Friends cake in honour of its reunion show premiering on May 27.

The local bakery posted a video on its Instagram page on Thursday, showing off the apartment door-inspired cake.

It’s bright, purple, and they even added the yellow frame that made Monica’s door so iconic.

The Friends logo is spelled out right on top of the cake while the Central Perk sign and two coffee cups are placed along the side.

Though the cake is for a giveaway only, SanRemo also created Friends-themed cupcakes that are available from May 27 to May 30.

It’s been 17 years since the Friends cast last reunited, but last week, Warner Bros. announced the long-awaited reunion special will be released exclusively on HBO Max on May 27. Crave will also show the unscripted special on the same day.

Now, this looks like a cake that even Monica would approve of.