Warm weather means outdoor events, and our city is known for its many festivals under the sun (or stars). From arts to food, check out this month’s free activities in and around Toronto.

Luminato
What: Our annual summer arts festival, Luminato is back with a solid line up of theatre, dance, music, visual arts, film, food, literature, and more. A program of free events is listed here.
Where: Various venues
When: June 10 – 26

NXNE
What: The annual music and arts festival returns this month and with it the landmark Game Land at Yonge Dundas Square. Launching on the Thursday, the square will be home to music and e-sports until the 18.
Where: Yonge & Dundas Square
When: June 16-18

The Waterfront Artisan Market
What: A new event is taking place at Toronto’s shoreline presented by The Waterfront BIA and Toronto Market Company. Bringing together a mix of crafters, artisans, chefs, and bakers, this free event will take place over six weekends over the summer.
Where: HTO Park, 339 Queens Quay West, between Rees Street and Spadina Ave
When: June 18-19

The 2016 iHeartRadio Much Music Video Awards
What: Stars, music, and parties are heading this way soon. The award show formerly known as the MMVA’s is back with host Gigi Hadid, as well as headliners Alessia Cara, Nick Jonas, and Macklemore and Ryan Lewis, and you can check out the glitz and glam in the heart of the city.
Where: Much Music headquarters, 299 Queen St West
When: June 19

Taste of Little Italy
What: Torontonians descend to College Street for the annual celebration of Italian cuisine. Extended patios, music, and food will fill the neighbourhood until 1 am on Friday and Saturday night.
Where: College Street, between Bathurst and Shaw
When: June 19-21 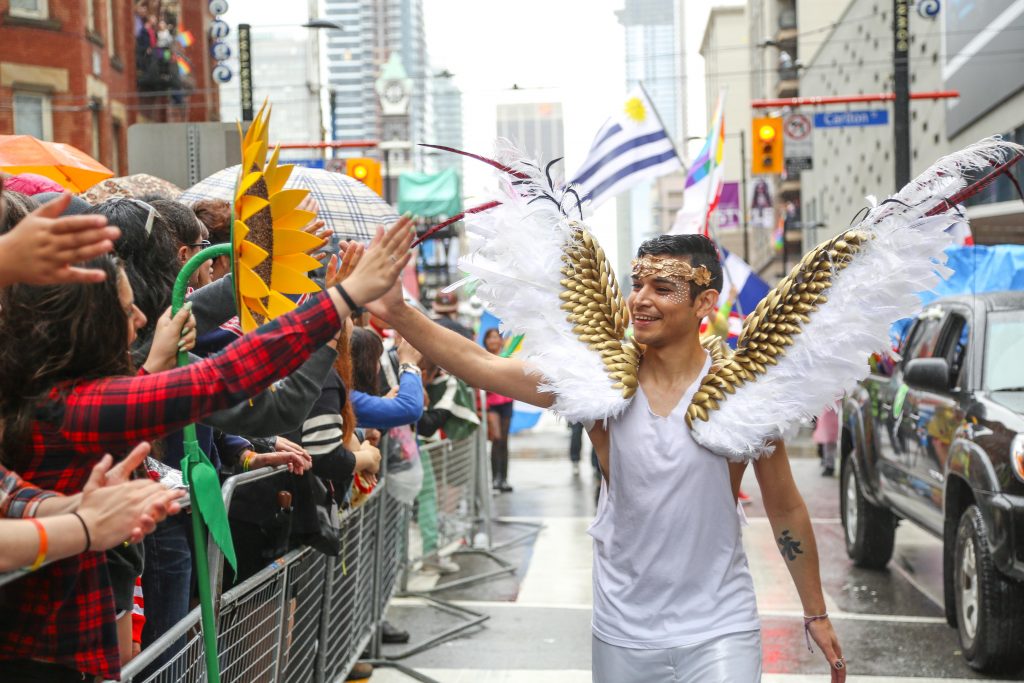 Pride Toronto
What: Toronto’s Pride Festivities is bigger than ever, with a celebration beginning June 1 and ending July 3. The Parade itself takes place on July 3, but the month long lineup includes the 1st Annual Pride Day at Centreville, Trans March, Dyke March, Human Rights lectures and panels, and much much more.
Where: Various venues
When: June 1 – July 3

Annex Festival on Bloor
What: A Bloor Street one day block party that features music, vendors, food, and children’s activities. With over 20,000 attendees each year, this marks the 19th year of the Annex fave.
Where: Bloor Street between Bathurst and Spadina
When: June 26

The Toronto Fringe Festival
What: Since 1989, the Fringe Festival has brought hundreds of shows to venues across the city. From visual art, dance, to busking, the event offers a ton of free programming.
Where: Various venues
When: June 29 – July 10