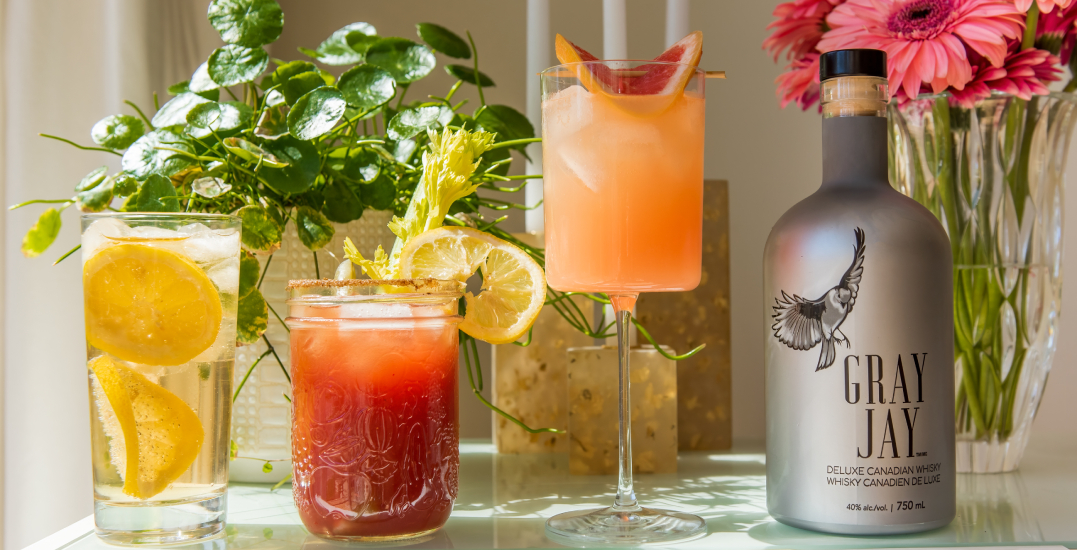 It’s time to let go of everything you thought you knew about whisky: that it’s only for connoisseurs, that it’s a liquor best suited for winter evenings, or that it only belongs in certain cocktails (Manhattans and Old Fashioneds, namely).

A new Canadian, award-winning whisky brand is on a mission to alter those preconceived notions by ushering in a new era of whisky drinking. Whether you’re a whisky lover or novice, for Gray Jay, being unpretentious and approachable is a point of pride.

After scoring the title of Canada’s Best New Product in the Canadian Whisky category, the award-winning whisky purveyor has been hard at work converting the whisky-hesitant into whisky-enthusiasts.

How’s that? Canada’s national bird as their mascot symbolizing friendliness and fearlessness, the makers behind the brand are tossing out the whisky rulebook and inviting you to rewrite the rules. 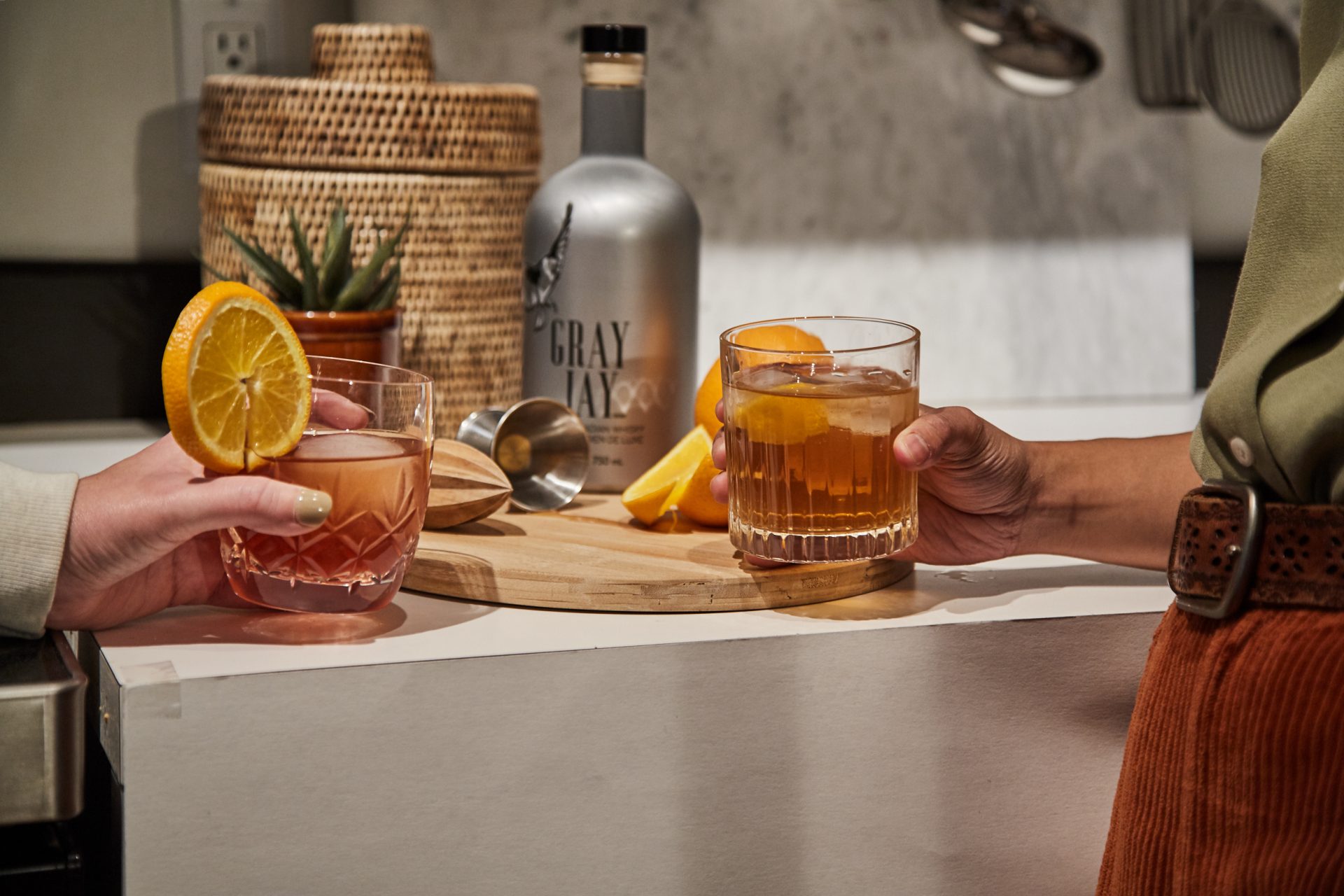 The new label stems from an aha-moment that people shouldn’t have to follow some sacred, outdated rules in order to take pleasure in whisky — “Gray Jay is your whisky, your rules,” says their CEO, Jakob Ripshtein.

Flying in the face of tradition, the brand invites its consumers to savour every sip, just as they like. With that comes approaching classic cocktails and boozy mainstays with a renewed sense of adventure and creativity.

Have you always been skeptical of adding whisky to your Caesar? Gray Jay is that inner voice emboldening you to give it a try.

Or what about a base of whisky alongside a dash of apple cider and lemon? Try out this yummy combination and prepare yourself for a symphony of flavour.

The same applies to grapefruit and ginger ale — a match made in heaven for this vanilla- and caramel-forward liquor. And if you’ve ever flirted with the idea of swapping your vodka or tequila for whisky, consider this your carte blanche.

Mixing drinks should be intuitive — which is why you should abandon everything you’ve learned about conventional whisky in favour of breaking the rules and discovering new favourites. 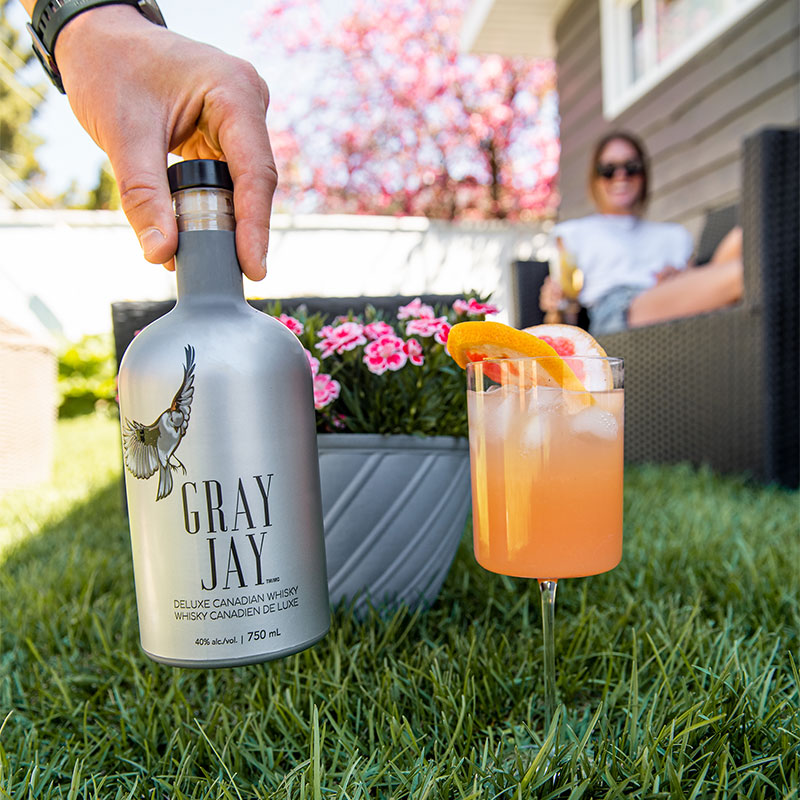 Canadian-made Gray Jay is sweet, yet complex, with floral notes and nutty undertones that can be sipped on the rocks, in a cocktail, in a simple mixed drink, or paired with food.

It’s likely only a matter of time before this new whisky joins the ranks of other ultimate Canadian pastimes like, say, gooey poutines, skating on frozen lakes, lounging dockside in Muskoka chairs, a pack of assorted Timbits, or a drizzle maple syrup on a stack of pancakes.

To learn more about how Gray Jay is saying good riddance to the nonsensical rules that once applied to whisky, you can head to grayjaywhisky.com.

For the latest cocktail inspiration, follow @grayjaywhisky. To snag a bottle of your own and break all the rules, drop by your nearest LCBO.