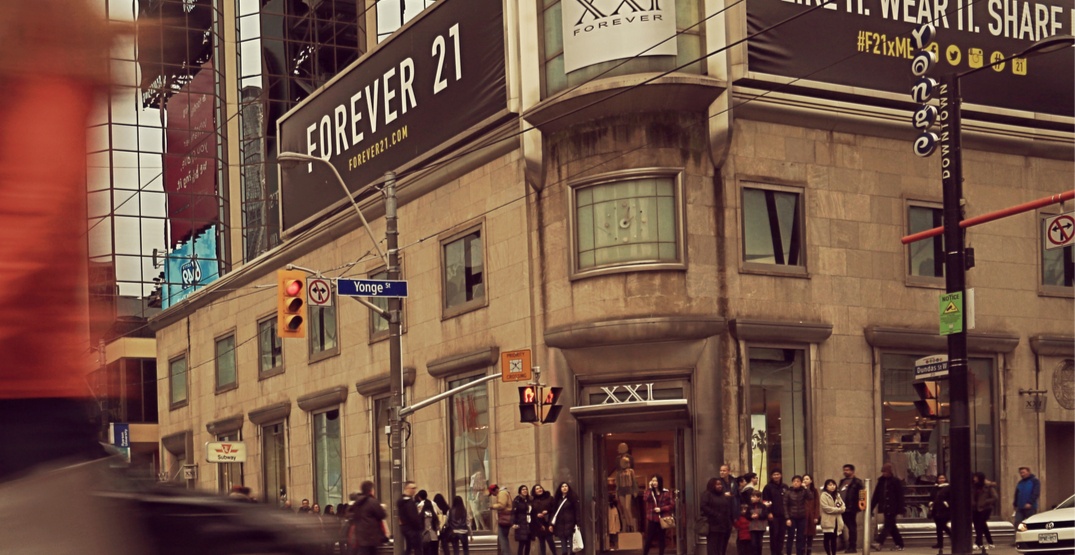 It’s the end of an era for shoppers who frequent the massive Forever 21 at the corner of Yonge and Dundas.

The popular clothing store, located at 302 Yonge Street, is closing its doors for good.

According to a sign posted on the store’s window, the location is closing, but the Eaton Centre location will remain open. 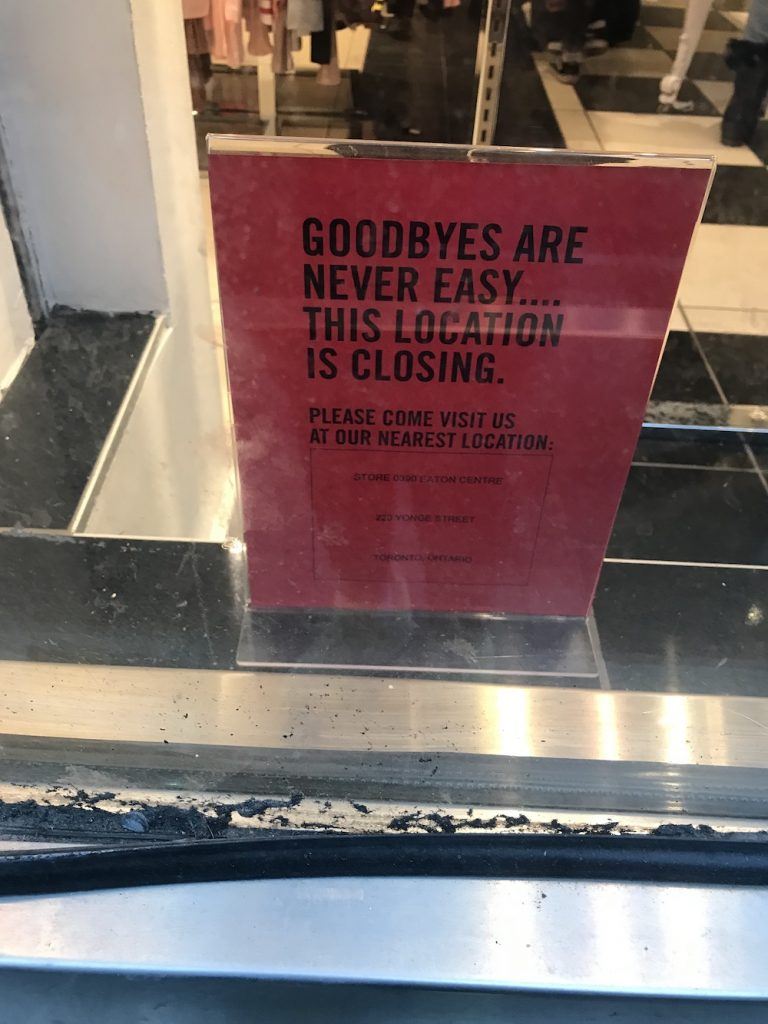 With the news of the store closing, Forever 21 has a sale of up to 75% off, and right now on any given afternoon, line ups can be spotted as shoppers take advantage of the deals.

It’s currently unclear why the store is closing this location, and the exact date of the closure is unknown, but expect it to be soon (probably by end of month.)

This location opened back in 2007, and replaced GAP then. And just a few weeks ago, GAP announced closure of 230 stores over the next two years. 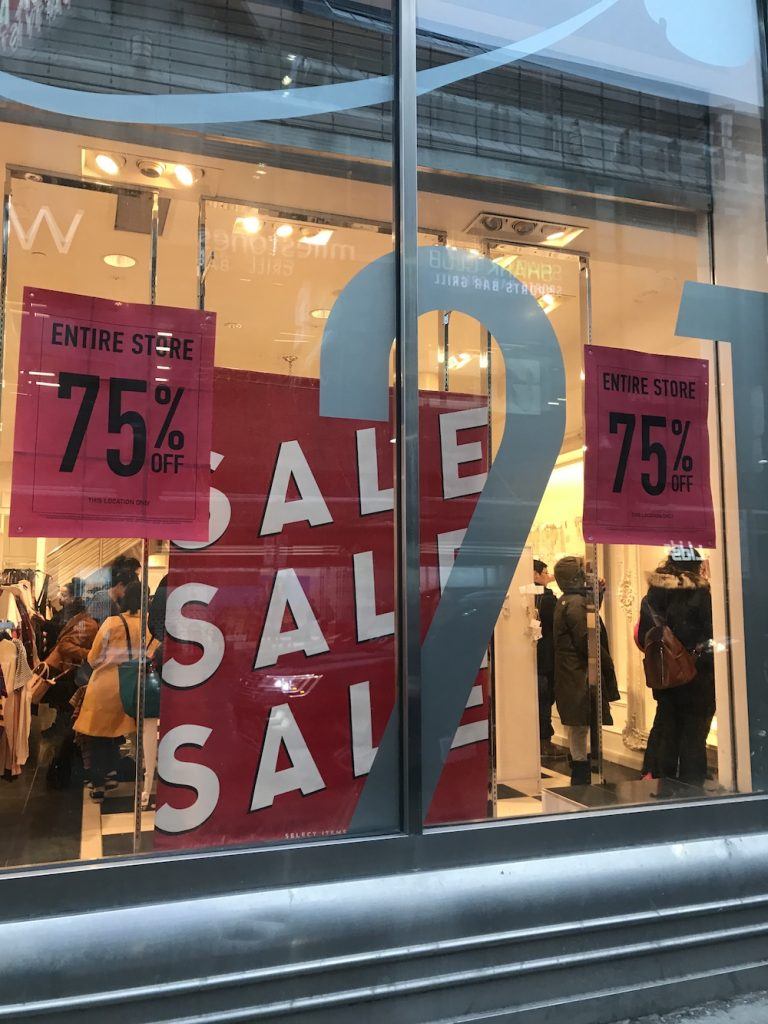 And looks like it will have one less store soon. 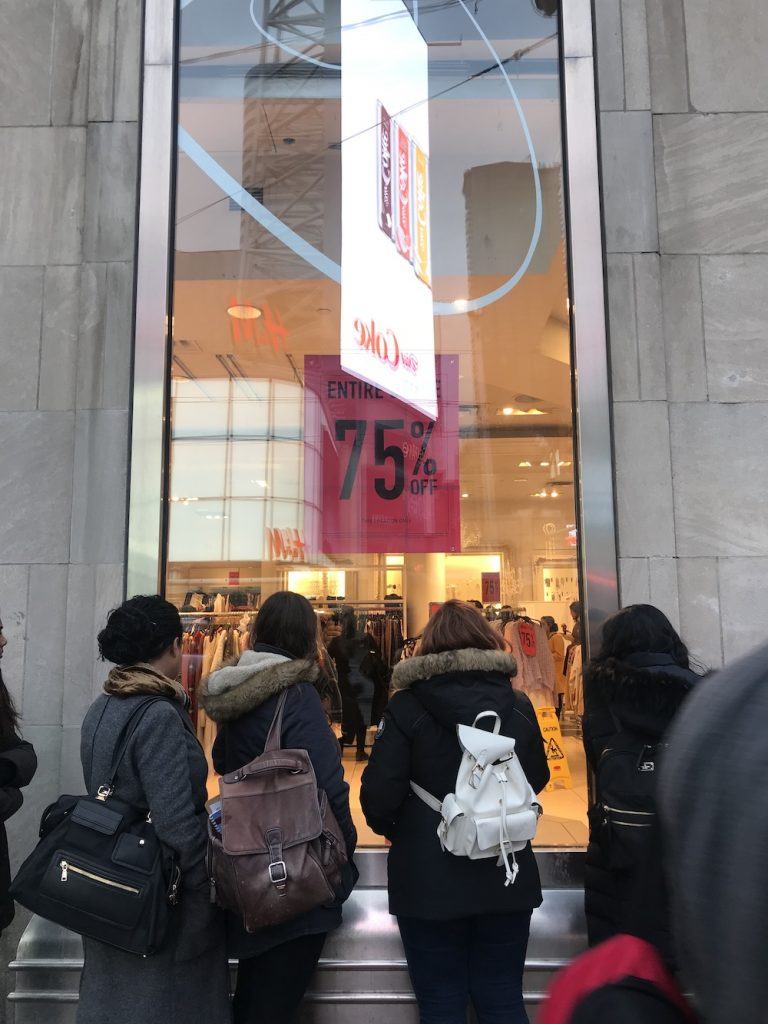 Daily Hive has reached out to Forever 21 for comment, and this story will be updated accordingly.