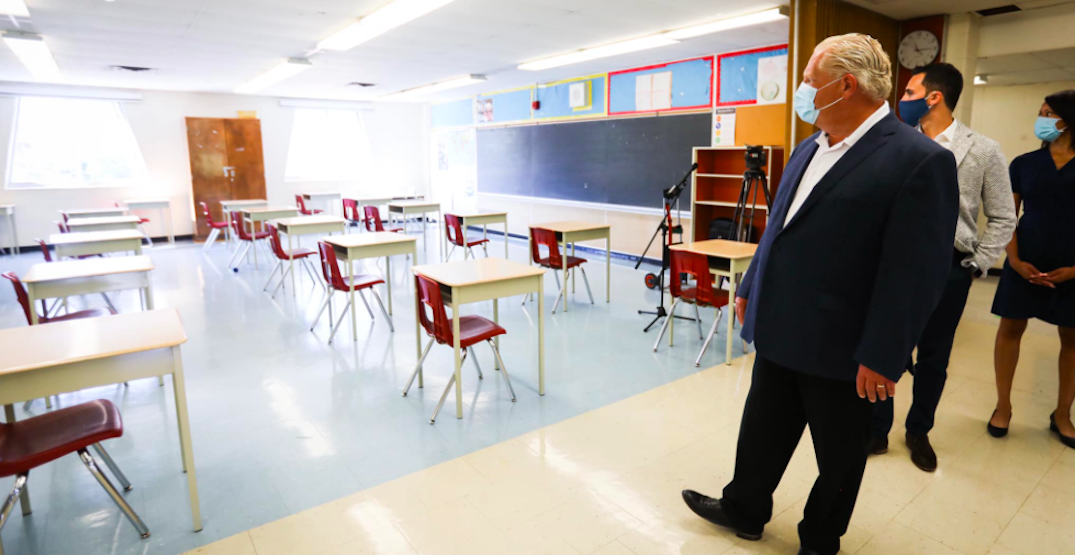 Premier Doug Ford said that he will not hesitate to shut down schools, after two in the province closed due to COVID-19 cases.

“Everything is on the table but I can also tell you the system is working.”

Ford noted that two schools have shutdown and there were three outbreaks, but out of over two million students and 4,828 schools the plan put forward is working.

He added that students who test positive for the virus are isolating and that public health units are also making sure that the cohorts with positive tested students are moved out of the school.

“Do I wish there were no closures? Absolutely I wish that, but is the system working?Absolutely it’s working.”

Ford said he will rely on advice from the Chief Medical Officer of Health on whether schools need to be closed.

The Government of Ontario reported 42 more coronavirus cases in schools, bringing the total to 180 reported in the province.

In the September 23 update, 21 of the new cases are student-related, five are staff-related, and 16 are unidentified.