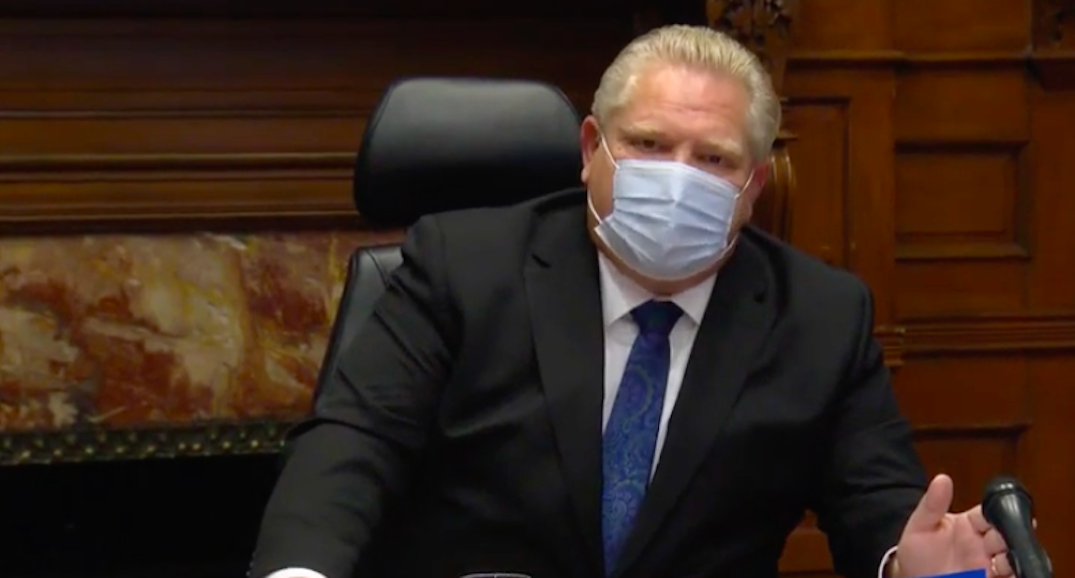 Premier Doug Ford boasted that Ontario will lead North America once the COVID-19 vaccine rollout is ramped up.

During a press conference on Tuesday, Ford said, “As we ramp up as you’ve noticed throughout this pandemic, it might take us a week – maybe a couple weeks – but once we get the machine going in Ontario, we kick butt anywhere in the country or North America.”

He added, “Whether it’s the testing, we’re leading North America, or the world in testing, or PPE – once we put Team Ontario behind it, we become the leaders.”

The premier said that if the next shipment of Pfizer’s COVID-19 vaccine does not arrive by  Thursday, the province will run out by the weekend.

“We just pray to God, and I’m confident that the next shipment will, but even that shipment will run out by next weekend,” he said.

The premier then noted that Ontario has vaccinated “more people than any other province in the country per capita” but said that every long-term care resident and worker will be vaccinated by January 21.

“No one will be able to compete with us,” Ford added. “Once we start rolling, move aside, because we’ll be leading North America once again.”

However, the COVID-19 vaccination rollout plan has received some criticism. So far, not even half of the readily available vaccines have been administered.

She noted that of the 216 long-term care homes currently in outbreak, 138 are outside those priority regions of Toronto, York, Peel, and Windsor-Essex.

“By now, we should have seen a schedule for when every long-term care resident will be offered their shot,” said Horwath. “There should be no such thing as a non-priority long-term care home.

Two million more vaccines are expected during the winter months.