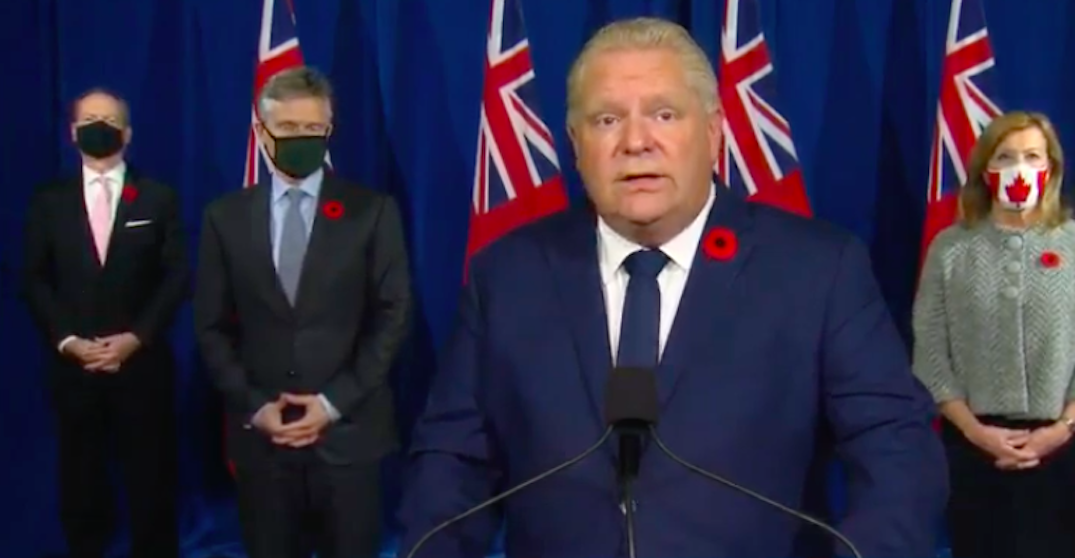 Ontario Premier Doug Ford said that he will introduce legislation banning companies from preventing their staff to wear a poppy during Remembrance Week.

On Friday, Ford made remarks after Whole Foods said they would not allow their employees to wear the poppies due to their dress code.

“Something disturbing happened today and I find it absolutely disgusting and disgraceful when it comes to honouring our veterans,” Ford said.

He added that earlier in the day while visiting the War Museum in Ottawa he met a veteran who has “severe damage to his whole body” while on deployment to Afghanistan.

“Whole Foods wants to disrespect people who fought for the freedoms of our country back to 1915 in Flanders field when they came up with this poppy. I find it disgraceful,” he said.

“Whoever made this decision at Whole Foods is not the sharpest knife in the drawer, more like as sharp as a butter knife.”

The premier said that when the legislature is back he will introduce legislation that will ban companies from preventing their staff from wearing a poppy during Remembrance Week.

“I never want to see any company in Ontario doing this again. This poppy is ultimately the symbol of sacrifice. I will always stand up for our heroes.”