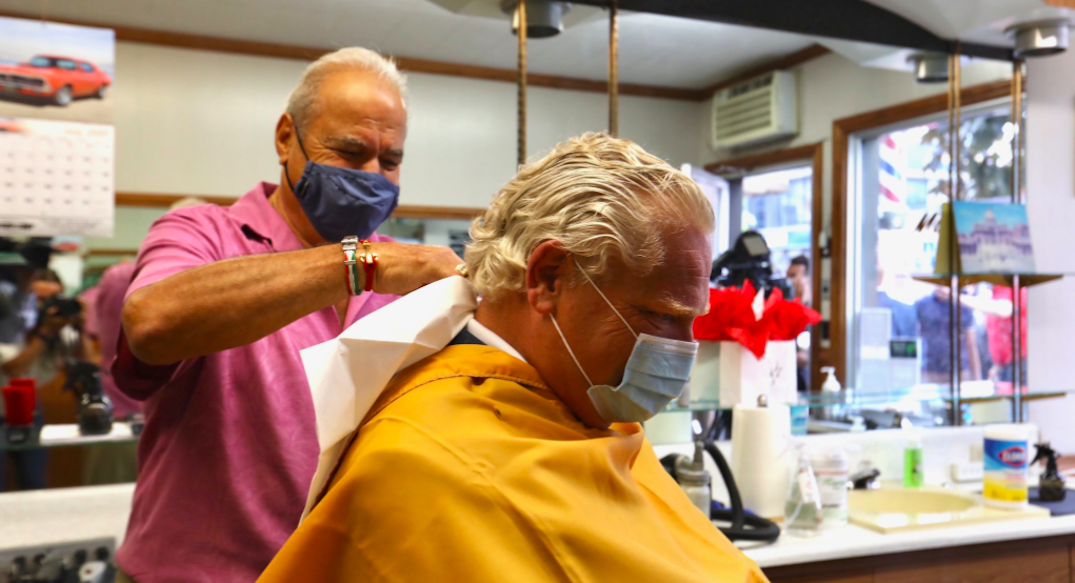 Ontario Premier Doug Ford got a haircut at a barbershop in Leamington on Thursday, after promising to get a trim in the Windsor-Essex region when the entire province was in Stage 2 of reopening.

On Thursday afternoon, Ford tweeted a video of himself getting a haircut at Mastronardi Barbering, where he said he was “so happy to be here with the people of Leamington and Kingsville” — the last two regions to enter the second stage.

I’m happy to finally be at Mastronardi Barbering in #Leamington for a haircut! Stay tuned – we’ll be posting pictures of the results. 💇🏼‍♂️ pic.twitter.com/hMSXMXPeXR

Ford said he learned about Henry Mastronardi’s family, who immigrated from Italy and have been in Canada for 56 years.

“While he was giving me my great cut I learned about his family and how his business is recovering from COVID-19,” Ford said.

On July 6, the premier said that he would get a haircut in the province’s last reopening region, to personally thank the people for their patience.

At the time, he emphasized his gratitude to the people of Leamington and Kingsville for their patience and thanked the farmers and workers for their cooperation. The farming regions had been hit hard by the virus, but outbreaks in the community were contained enough to allow them to enter Stage 2 on July 7.

On Tuesday, Ford began his Ontario tour, visiting over 5,000 km of the province to thank local businesses and communities impacted by the pandemic.