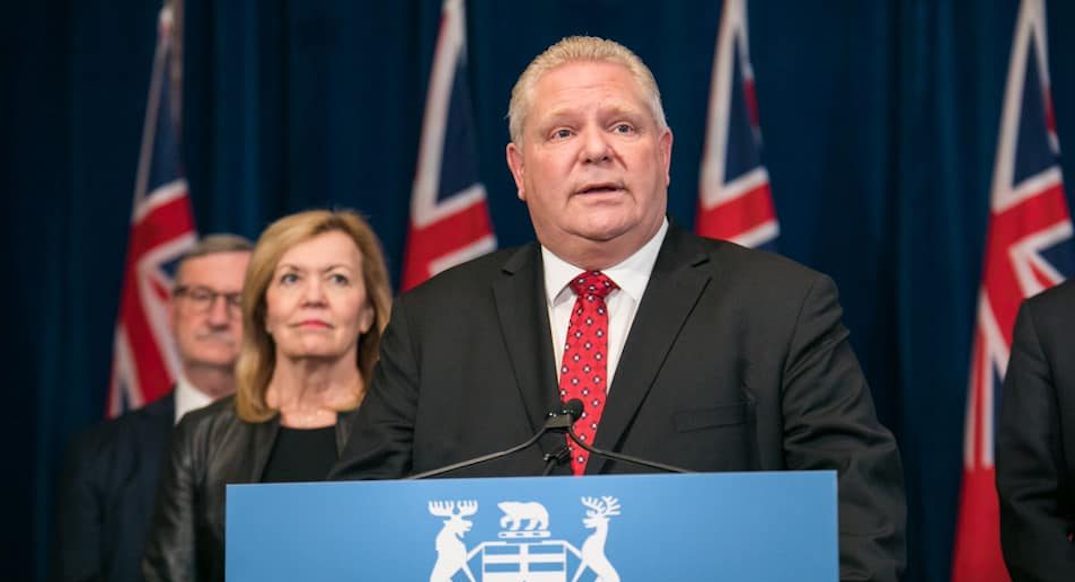 Premier Doug Ford is expected to hold an emergency meeting with top health officials on Friday as Toronto and Peel lockdowns set to expire Monday.

In a tweet posted on Friday morning, Ford said that, along with Minister of Health Christine Elliott, Chief Medical Officer of Health Dr. David Williams and Ontario hospital leaders, they will hold a meeting “to discuss next steps to break the concerning trends in cases and hospitals in our province.”

“Everything is on the table when it comes to protecting the health of Ontarians,” said Ford.

I’m convening an emergency meeting today with Minister Elliott, Dr. Williams and Ontario’s hospital leaders to discuss next steps to break the concerning trends in cases and hospitals in our province. Everything is on the table when it comes to protecting the health of Ontarians. pic.twitter.com/1upuB6prAQ

In the last few days, daily numbers in the province have surpassed 2,000 cases, and the occupancy of intensive care units continues to increase.

On Thursday, the Ontario Hospital Association (OHA) called on the provincial government to enforce a four-week lockdown in certain public health units as COVID-19 cases continue to rise in Ontario and hospitalizations are increasing rapidly.

Though Ford said he may consider a two-week shut down after the holidays, the association recommends that at a minimum, the Ontario government should implement and enforce “a four-week lockdown in every public health unit with an infection rate of 40/100,000 population or higher,” according to a news release.

While Tory would not delve into the specifics, he noted that he supports “some sort of break in schools with virtual learning in early January.”

He also called for regional closures and to take lessons from Quebec, which recently announced a two-week shutdown starting December 25. Specifically with the closure of non-essential businesses and office spaces.

In terms of other measures to combat the increase of cases, Ford believes residents do not need a curfew despite the jump however noted that talks for an extended lockdown are taking place.

During a press conference on Thursday, when asked about implementing a curfew, Ford said, “no I don’t think we’re there, to have a curfew. But if we stop with the socializing, having people over, meeting up with friends and family… we’re doing everything we can.”

The meeting will take place at 1 pm at Queen’s Park.