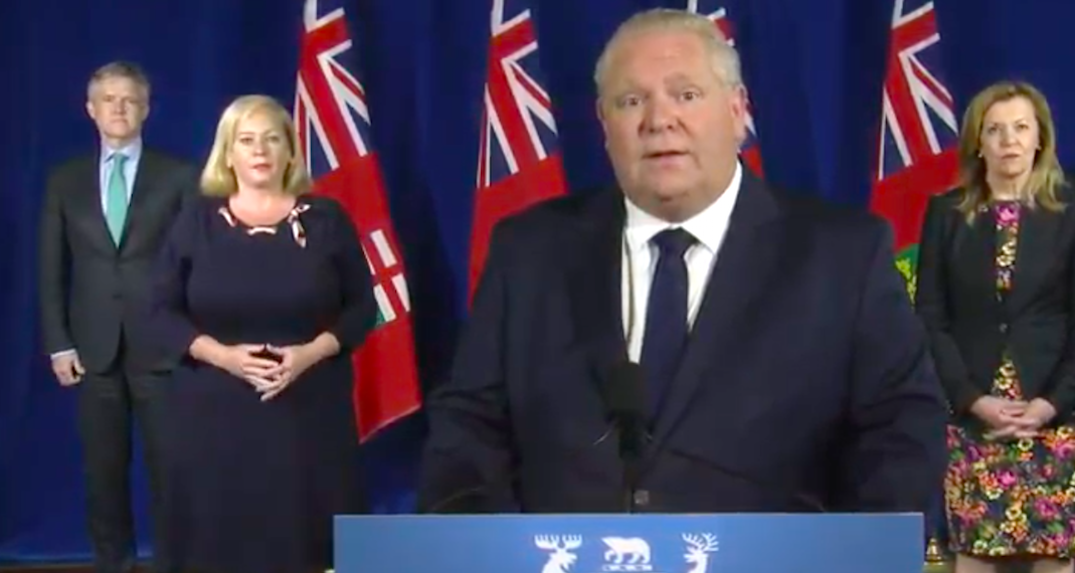 Ontario Premier Doug Ford is expected to make an announcement today with the minister of transportation and solicitor general on the provinces response to the COVID-19 pandemic.

On Saturday, the Ford government extended all emergency orders currently in force until July 10, as most of the province has now entered Stage 2 of reopening.

Last week, Ford also extended the state of emergency until July 15, and said he hoped it was the last time his government would need to do so.

Ford will be joined by Health Minister Christine Elliot, Transportation Minister Caroline Mulroney, and Solicitor General Sylvia Jones for an announcement for the daily briefing at 1 pm at Queen’s Park.