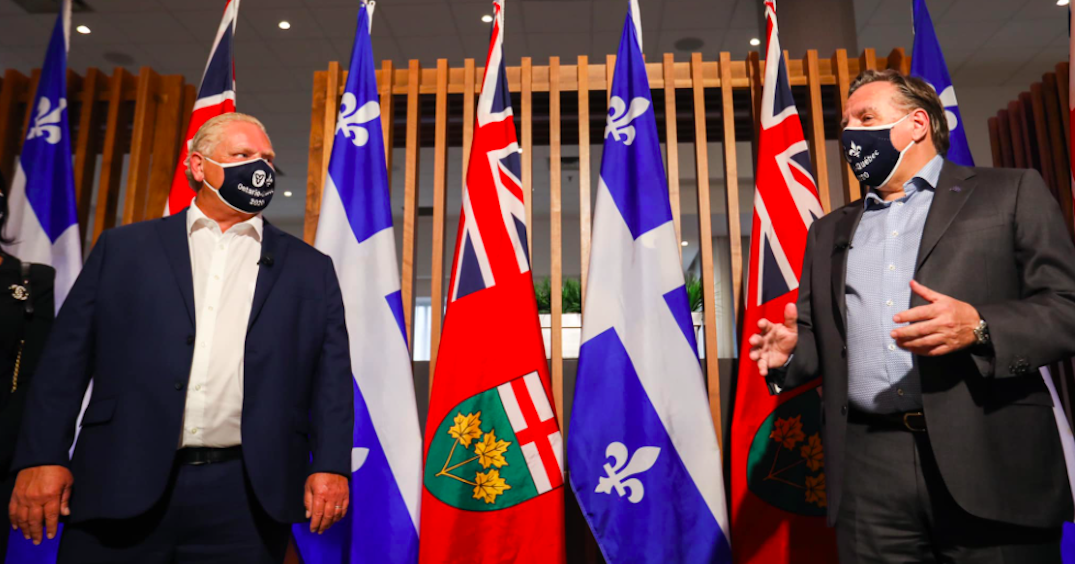 The premiers met on September 8 and September 9 to discuss shared economic priorities and health measures in their inaugural Ontario-Québec Summit.

“While the path to economic recovery won’t be easy, we don’t have to go it alone,” Ford said in a statement.
⁣
“Relying on this significant partnership between our two provinces will be more important than ever as François Legault and I work together to help people and businesses get back on their feet.”

The media briefing will take place at 1 pm from the Hilton Toronto Airport Hotel in Mississauga.