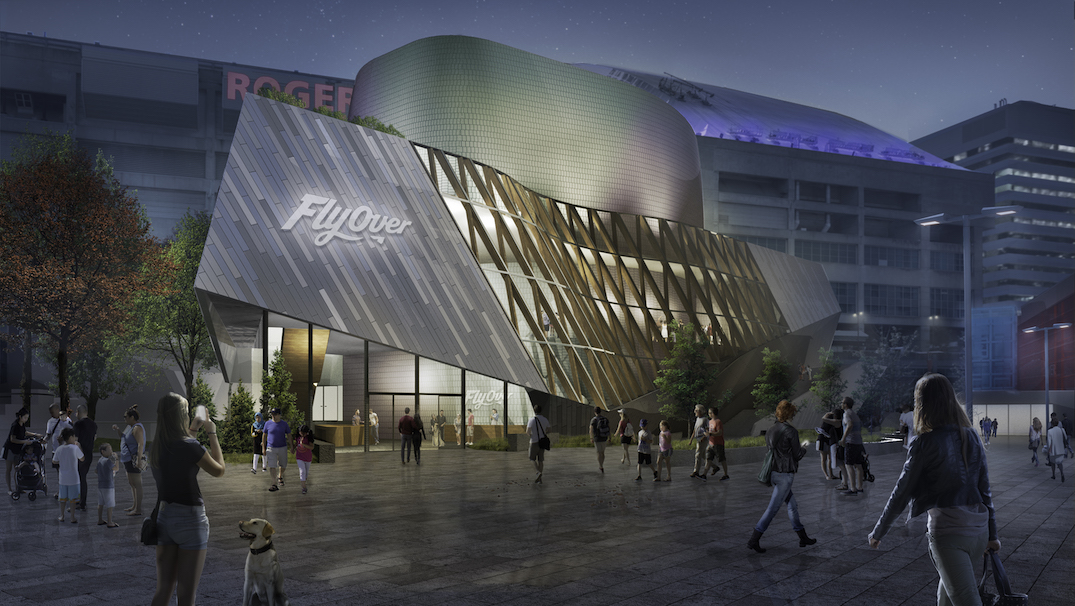 The design for the new FlyOver Canada attraction in Toronto has been released.

The attraction, which will be located at the base of the CN Tower, is set to begin development later this year, with the flight simulator expected to open in 2022.

Led by award-winning Sturgess Architecture (_SA), the “bold design, inspired by the concept of movement and intended to create a visual connection between visitors to the attraction and the outside space, will feature architectural design elements including a striking open-air atrium, dramatic ascending staircase, and exterior promenade,” according to FlyOver Canada.

“We pride ourselves on expanding the boundaries of innovative design and are thrilled to continue our relationship with Pursuit to develop such a dynamic project,” said Jeremy Sturgess, Founder, _SA. 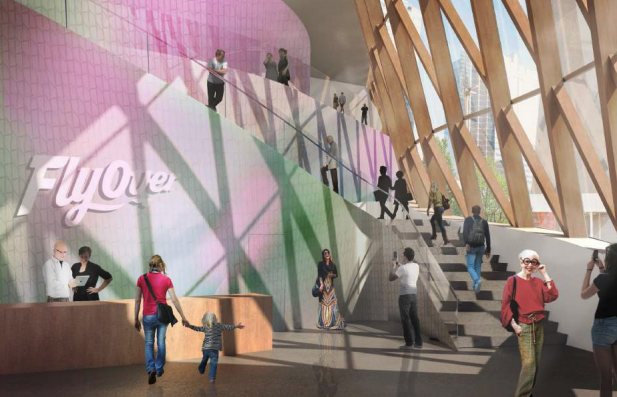 “Pursuit’s intention behind their guest experiences and attractions enable us to drive our creativity and explore the boundaries of architecture, and we look forward to bringing this exciting new experience to life.”

Once built, the new attraction will feature a brand-new ride film showcasing Canada’s most awe-inspiring sights.

Guests will be seated, feet dangling, before a 23-metre x 17.5-metre spherical screen as the film whisks them away on a journey across Canada. 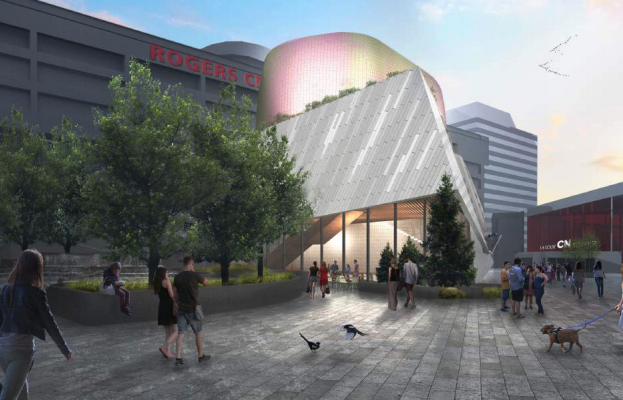 Additionally, the company said the attraction will include two immersive pre-ride experiences designed to share the unique spirit of Canada’s land and its people, in addition to a signature FlyOver Canada café and retail space.

“At Pursuit we are focused on connecting guests to iconic places through unforgettable and inspiring experiences,” said David Barry, president, Pursuit. “FlyOver Canada in Toronto will showcase the beautiful landscapes and iconic vistas across the country, while highlighting the diversity of Canada and its people. We are thrilled to unveil what will soon be a landmark attraction in such a world-class tourism and entertainment destination.” 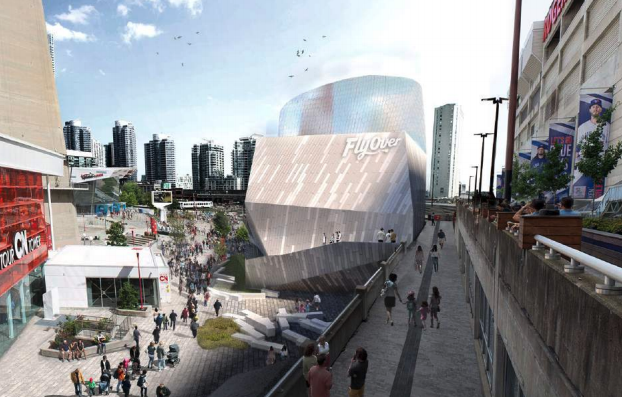 As for its new Toronto location, Tourism Toronto said this will give visitors a taste of the country in Canada’s largest city.

“Toronto is a gateway to Canada and many travellers begin their Canadian experience here. FlyOver Canada is an exciting new attraction that gives visitors a thrilling taste of the entire country right in the heart of its largest city,” said Andrew Weir, executive vice president, Tourism Toronto.

FlyOver Canada has a location in Vancouver in addition to its new FlyOver Iceland attraction in Reykjavik and FlyOver Las Vegas attraction in Nevada, which is expected to open in 2021. 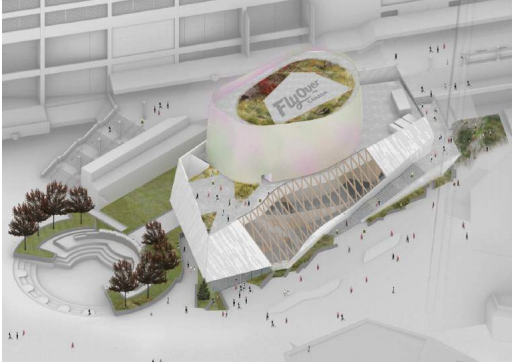