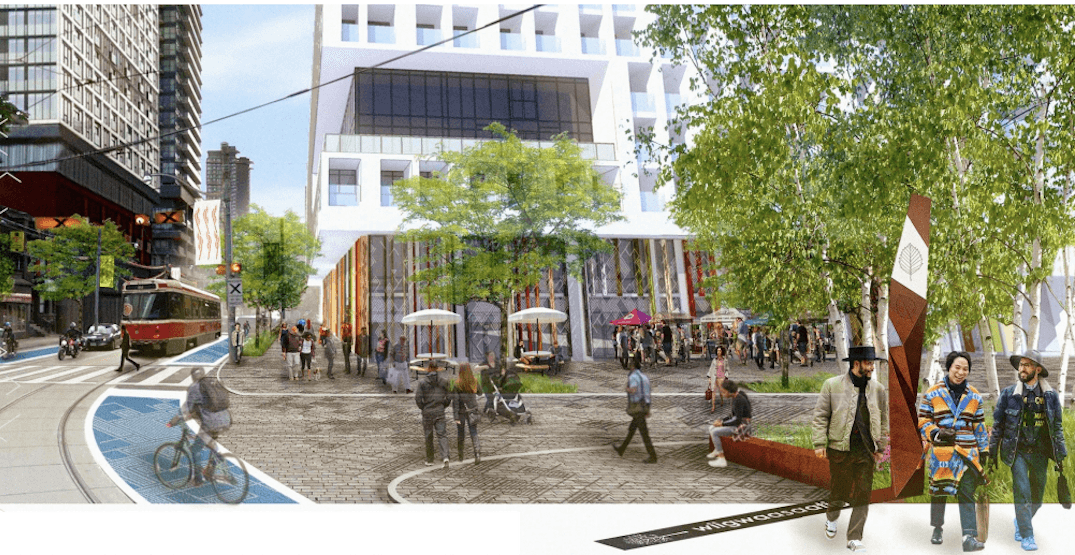 Indigenous Centre for Innovation and Entrepreneurship/City of Toronto

The City of Toronto has been awarded up to $5 million to put toward the creation of the Indigenous Centre for Innovation and Entrepreneurship (ICIE).

The funding, which is coming from FedDev Ontario, was announced Wednesday morning, and it will be used to build the Toronto-based centre that’s the first Indigenous business incubator of its kind in southern Ontario.

With over 20,000 sq. ft. of commercial space over three floors at 200 Dundas Street East in Toronto, the centre will support Indigenous entrepreneurs as they develop, launch, and grow their businesses.

The centre will also offer business skills training, collaborative workspaces, access to funding, mentorship, and peer support networks based on approaches designed by the Indigenous community.

Through FedDev Ontario’s investment, the ICIE expects to support close to 420 Indigenous businesses and create 500 new jobs for Indigenous Peoples across southern Ontario.

The federal government today in Toronto announced a FedDev Ontario contribution of up to $5 million for the #CityofTO‘s creation of a Toronto-based Indigenous Centre for Innovation and Entrepreneurship. News release: https://t.co/iZz2uGUeu3 pic.twitter.com/YT1eaBjiWh

A Leadership Advisory Circle has also already been established, with the majority of members being local Indigenous leaders and entrepreneurs.

“Toronto has one of Canada’s largest urban Indigenous populations and the ICIE will be a culturally- and technologically-rich environment dedicated to supporting start-ups led by Indigenous businesses,” said Mayor John Tory in a statement.

“Today’s investment from FedDev Ontario will help make this innovative centre become a reality and advance economic opportunities for Indigenous people in the city.”