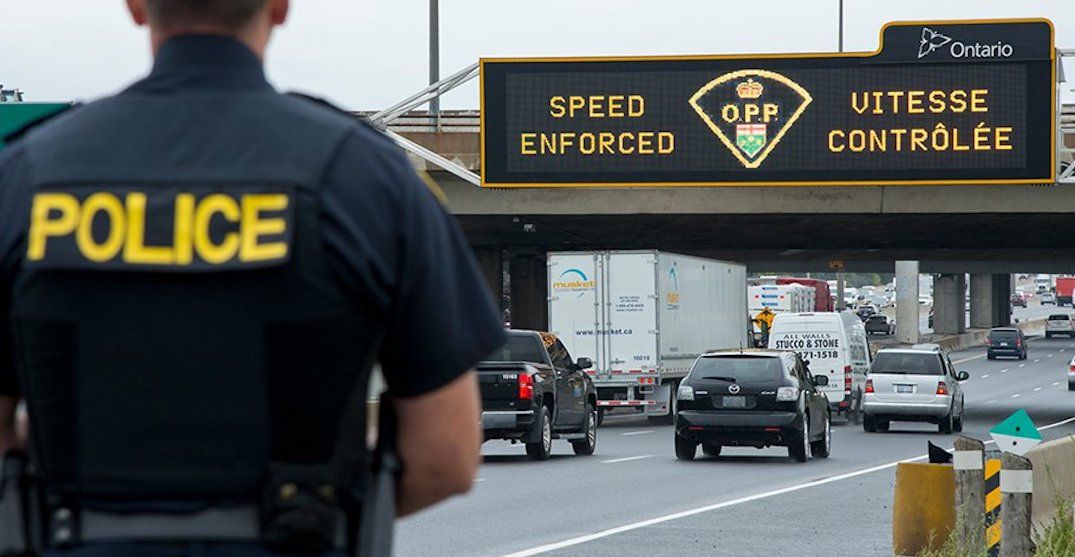 A Mississauga father has been charged with stunt driving after being clocked going 170 km/hr while driving with his family.

According to local reports, the driver had his wife and three children in the car when he was pulled over on the QEW near Cawthra Road on Sunday.

Police say the children were aged 3 to 9.

The father’s vehicle was impounded for seven days, and he is facing a seven day suspension.

Vehicle stopped on the #QEW at Cawthra for going 170km/hr in posted 100km/hr zone, it slowed to 163 as it passed the officer.
Family of 5 in the vehicle: 3 young children in the back between 3-9.#SlowDown#SevenDaySuspension#SevenDayImpound pic.twitter.com/aEVM4ansJA