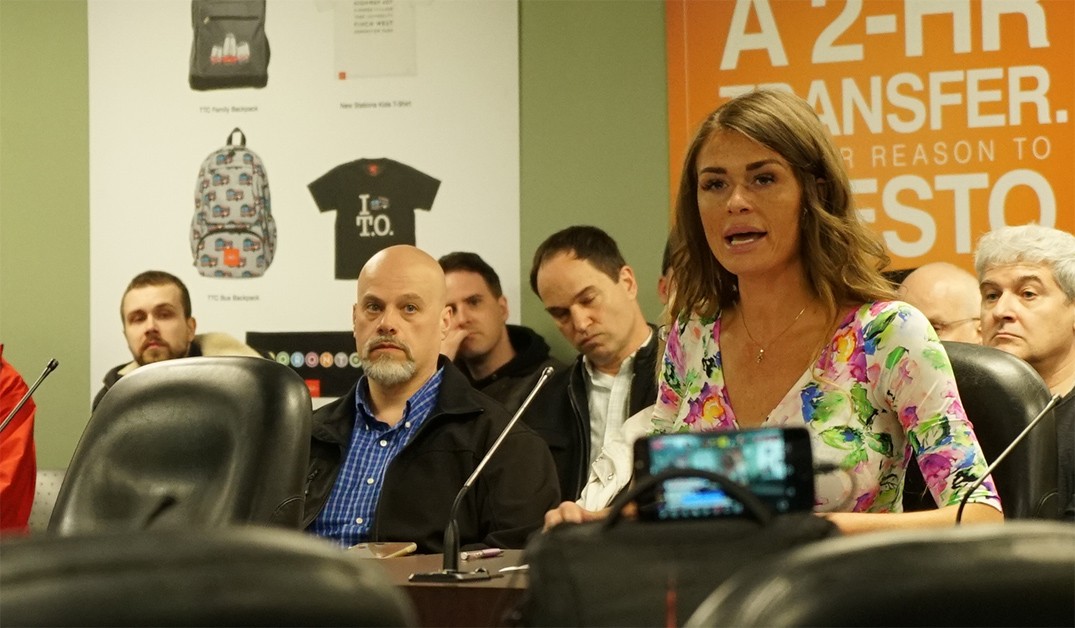 Former mayoral candidate Faith Goldy appeared in city hall on Monday, fighting calls to have her personal finances examined as part of a compliance audit into her 2018 run for Toronto mayor.

The committee ultimately ruled that they would be appointing an auditor to investigate if she complied with the rules around spending and accepting donations to her campaign. And it will be up to the auditor to determine if her personal accounts are included in the audit.

Goldy has become known for her anti-immigrant, far-right slant on issues and coverage — she was formally a pundit on Rebel Media and before that the Sun News Network. She’s on record reciting the neo-nazi call of the “14 words” — “We must secure the existence of our people and a future for white children,” — though Goldy has since said she wasn’t aware of the origin of the phrase at the time, but denies that they’re inherently racist.

The tribunal was triggered by an application submitted to the city by Evan Balgord, executive director of the Toronto-based Canadian Anti-Hate Network. In the application, he states his belief that Goldy accepted donations from outside of Ontario during her run for mayor into her personal accounts, a violation of the Municipal Election Act.

“The applicant has no concrete evidence for his claims,” Goldy said, at the tribunal. “With the utmost respect… to the very accomplished adjudicators before me, this particular committee does not have the authority to perform the actions sought in this application.”

“Namely an audit of my personal accounts.”

Balgord was not in attendance, citing an existing travel commitment as the reason in a previous statement to Daily Hive. Goldy often pointed to his absence throughout the proceedings.

Siegel has appeared before this committee before. 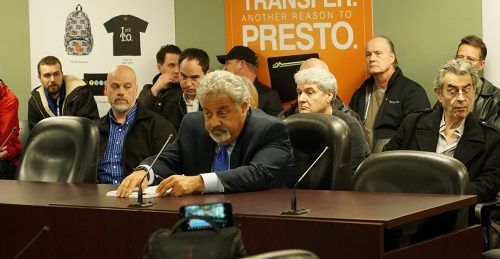 During Rob Ford’s tenure as mayor, he served as legal counsel for city councillors Giorgio Mammoliti, James Pasternak and Michael Thompson, quite successfully.

The laws around the municipal elections show that individual donor contributions cannot exceed more than $1,200 per single candidate and must come from within Ontario. Candidates themselves can make a contribution to their own campaign, as long as the amount does not exceed $25,000.

Goldy says she paid the full amount. She also notes in her response to the application:

30. There is no provision in the Act to require an audit of a candidate’s personal donation.

31. There is no provision in the Act to require a candidate’s personal donation be generated from within provincial boundaries.

Goldy told the committee that there is no precedent in Canada for a candidate being compelled to turn over their personal finances during an audit — a point Siegel presented precedent supporting otherwise — and that the money she receives to her personal account should be counted as her income, not campaign contributions.

“Goldy seems to be indicating that the out-of-province donations she solicited were routed through her personal accounts before forming part or the whole of her personal contribution of $25,000 to her campaign,” Balgor told Daily Hive, in his statement prior to the tribunal, “which subverts (if not breaks) the provisions in the Municipal Election Act and, very ironically, is an excellent argument as to why her personal accounts must be captured in an audit of her campaign finances.”

Balgor’s representatives pointed to statements made to Goldy’s YouTube channel during last year’s election as evidence of her using her position as a candidate to raise money in legal battle with Bell Media:

“I’m accepting donations from defenders of democracy worldwide. This money is going into my account, not my campaign’s, so it’s a wide-open field for freedom loves who want in on this fight against tyranny and censorship,” she told the camera. “My name is Faith Goldy and I’m running for Toronto Mayor, and I’m not going anywhere.” 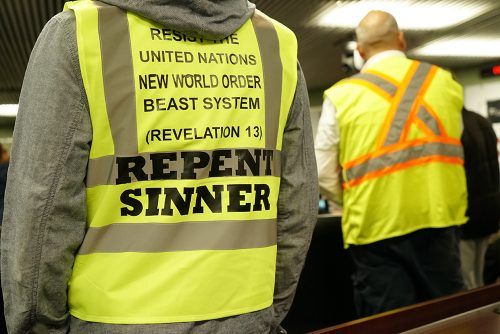 Multiple members of the public got up to speak on Goldy’s behalf, including former Mississauga mayoral candidate Kevin J. Johnston — an anti-Islamic YouTuber who appeared at events with Goldy during their respective election runs  — and former city council candidate Jordan Stone.

Almost all the speakers managed to take shots at the political left, and the media in attendance, often to cheers from the crowd. They spoke glowingly of Goldy’s character, though little about the case.

The committee will select an auditor to review Goldy’s campaign finances for compliance, though they would not name one during the meeting.

There’s no harm in an audit,” said the committee’s chair after the announcement. “What the audit can do is prove there was no violation of the act.”

Their decision in its entirety can be read here.

Faith Goldy listening to the committee’s decision to move ahead with the compliance audit. (Peter Nolan-Smith/Daily Hive)

“The auditor can make an order under the public inquiries act to produce [the records],” Siegel told press after the announcement.

In a statement to Daily Hive after the committee ruling, Balgord called the decision a victory.

“Campaign finance rules are important to our democracy. It’s important to hold political candidates accountable, and doubly so when the candidate is the most visible face of the alt-right neo-Nazi movement in Canada,” he wrote. “When it comes to Faith Goldy, for anybody keeping score at home, it’s 3-0. We prevented Goldy from airing ads, causing her to waste $93,000 in a failed lawsuit, she credits us for being banned from Facebook, and now she’s facing a compliance audit.

“We will continue to use every reasonable and ethical tool at our disposal to counter those who spread hate.”

Goldy assured her supporters after the decision that this is not the case and that her personal accounts are “safe.”