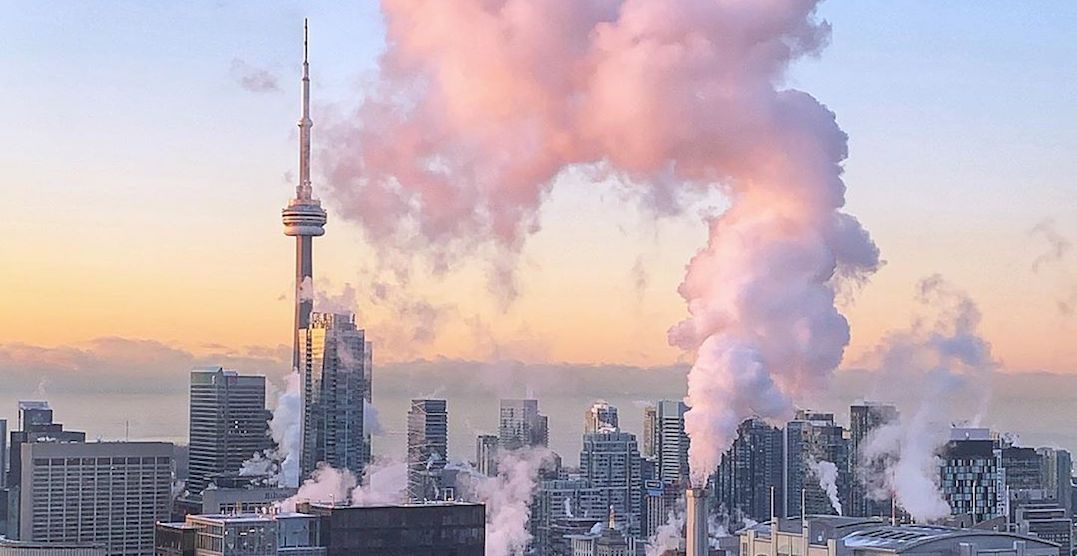 In the midst of last night’s frigid -21°C temperatures, the light at the end of the tunnel was that temperatures were to soar up to -8°C as of this morning. We hoped.

But right now, Toronto’s still sitting at -20°C, and it feels like -29°C with the windchill, according to Environment Canada.

The Extreme Cold Warning issued early Thursday remains in effect, and will continue to be until further notice.

“Extreme cold warnings are issued when very cold temperatures or wind chill creates an elevated risk to health such as frostbite and hypothermia,” the warning says.

The city is reminding the public that extreme weather poses a serious threat to vulnerable residents, those who work outdoors, people with a pre-existing heart condition or respiratory illness, elderly people, infants, and young people.

The city is also asking that residents help vulnerable people by calling 311 if there is a need for street outreach assistance, or to call 911 if the situation is an emergency.

Environment Canada does say, though, that the city should warm up by late morning.

Overall, Friday is expected to bring that aforementioned -8°C, and it’s looking like it’ll only continue to feel more mild over the next five days.

The weekend hovers around -1°C and 0°C, and into next week, Tuesday could be as warm as 2°C — warm enough to see snowfall mix with rain.