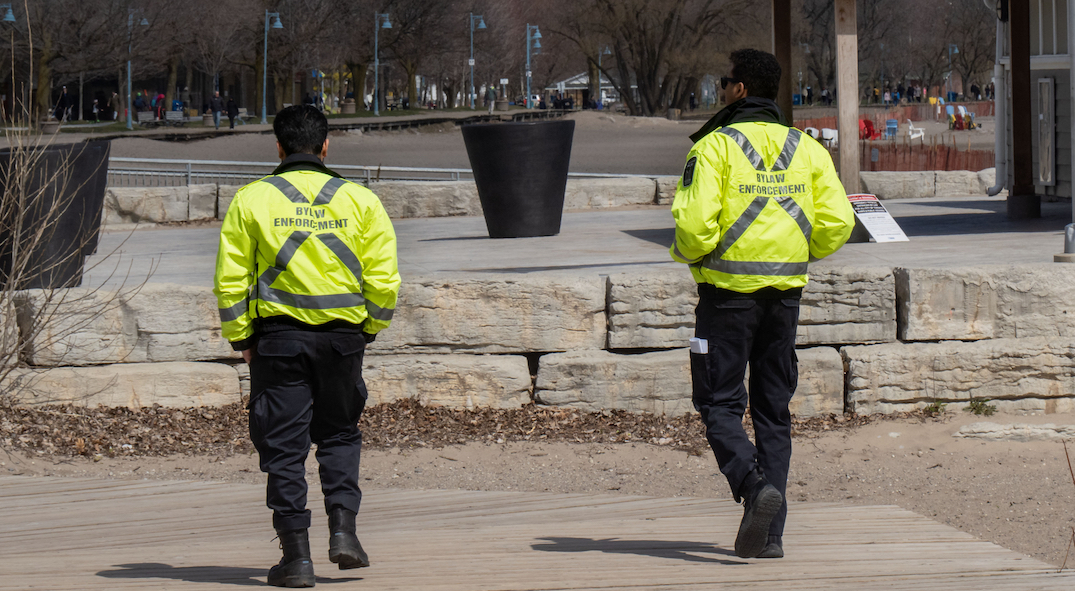 Toronto’s enforcement team issued 67 tickets and spoke to 1,986 residents who used closed park amenities and failed to practise physical distancing on Friday and Saturday, amid the COVID-19 pandemic.

Initially, the team provided public education to individuals not observing orders and public health recommendations, but on Saturday the team moved to almost exclusively issuing tickets.

Municipal Licensing & Standards (MLS) officers issued 48 tickets on Saturday for the use of closed park amenities and not practising physical distancing, which is 32% of the total number of tickets issued since enforcement began on April 3.

But, officers participating in the weekend’s blitz reported “lighter use of some busy parks.”

On April 11, MLS officers spoke with 286 people regarding use of amenities and social distancing, an 83% decrease from Friday.

And, complaints to 311 about behaviour in parks decreased by almost 39% from April 10 to April 11.

On Friday, bylaw officers spoke to 1,700 people regarding the closure of park amenities and distancing and issued 134 written cautions and 19 tickets.

However, officers reported continued issues with individuals and groups with off-leash dogs in Trinity Bellwoods Park and people “lingering in Muskoka chairs” and starting “bonfires in waterfront parks.”

The City of Toronto’s COVID-19 Enforcement Team is a partnership between Toronto Police Service and the City, which “continues to carry out an enforcement blitz in parks across the city, enforcing closures and physical distancing to protect the health and safety of our community.”

The City’s Enforcement Team is now focused on stricter enforcement in 20 high-use parks.

The fines in place are for any two people who don’t live together and fail to keep two metres of distance between them in a park or public square, can receive a $1,000 ticket — the maximum set fine available.

The best way to prevent #COVID19 is to avoid close contact with others. #Stayhome and practise #physicaldistancing when out. Any 2 people who don’t live together, who fail to keep 2 metres apart in a park/public square, are subject to a $1,000 fine. https://t.co/kni59NMFeL pic.twitter.com/h2h2YEIE3b

In addition, failing to identify oneself to an officer investigating a matter under the Emergency Measures and Civil Protection Act carries a set fine of $750.

Over the weekend there were 160 TPS community response units, neighbourhood officers, and specialty mounted and marine units, plus 200 Toronto Bylaw Enforcement Officers.

The team began stricter enforcement as part of the ongoing blitz in parks and public squares across the city to keep the message clear for all residents to “stay home.”