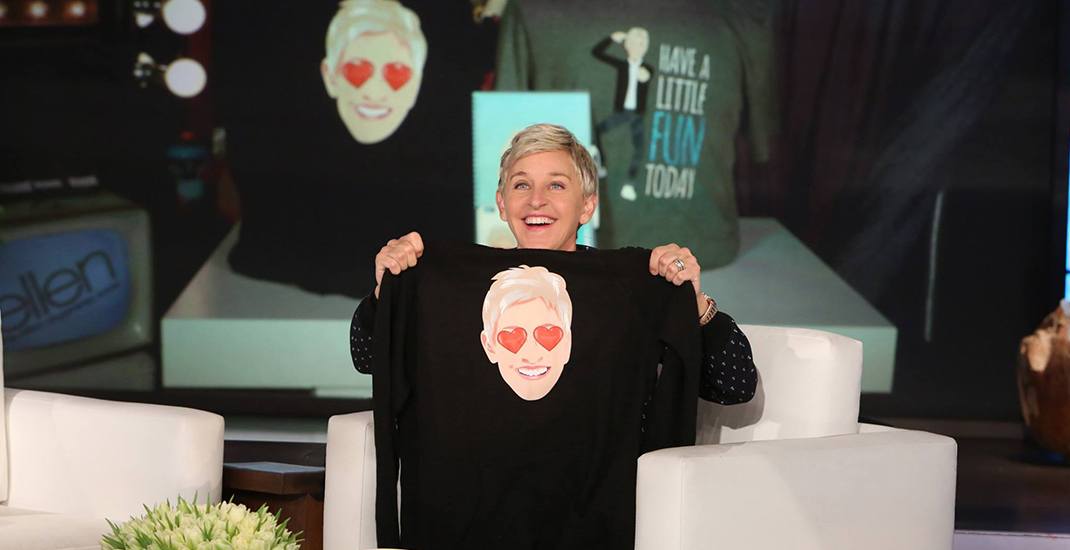 One of television’s most exciting talk-show hosts is coming to Toronto for a Q&A session.

Ellen DeGeneres, host of The Ellen DeGeneres Show and voice of Finding Nemo‘s Dory, is bringing her smiling, dancing, pranking, and fun-loving personality to Scotiabank Arena for two shows in “A Conversation With Ellen DeGeneres.”

In December, Netflix released Ellen’s first stand up special in 15 years, entitled “Relatable.” Filmed at Seattle’s Benaroya Hall, the special was celebrated by both critics and fans.

The Q&A at Scotiabank Arena will take place on Sunday, March 3, and will include a 2 pm show and a 6 pm show.

A limited number of tickets are still available via Ticketmaster, starting at $119.

To celebrate Ellen’s upcoming visit to Toronto, we’re giving away two tickets to the 2 pm show at Scotiabank Arena.

Contest entries will be accepted from the time and date of publishing until 11:59 pm on February 28, 2019. One winner will be chosen at random and contacted through the platform they used to enter.