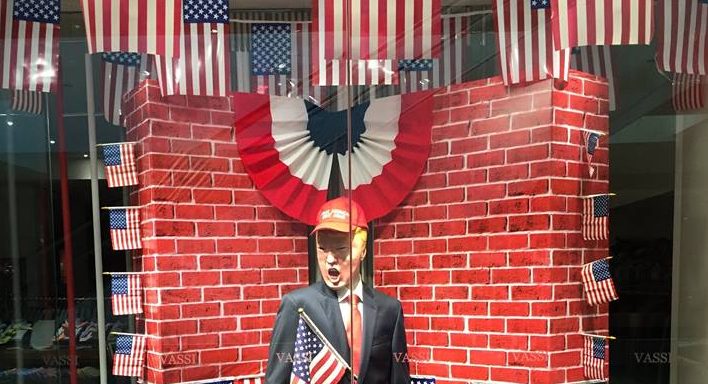 A Canadian designer is making a bold political statement – on ties.

Toronto’s Vassi menswear has created “Dump Trump” ties, and it comes in various colours to suit all fashionistas. According to Vassi, the “Dump Tump” ties allow Canadians and Americans to “share in the political action and own a piece of presidential history from one of the most contentious campaigns in modern history.”

The ties feature multi-coloured dump trucks on the front, and a bold but hidden “Dump Trump” statement on the back. They are available in three colours:  ‘Great Again’ Grey Blue, ‘Gonna Be Huge’ Basic Blue and ‘Believe Me’ Baby Blue. The King Street store is selling the political silk ties at $100 CAD, with all profits being donated to the Princess Margaret Cancer Centre.

In 2012, Vassi made a political statement when its storefront featured an Obama and Romney tableau. This year, the store plans a series of controversial bi-partisan windows reflecting the US elections. And it has already begun… 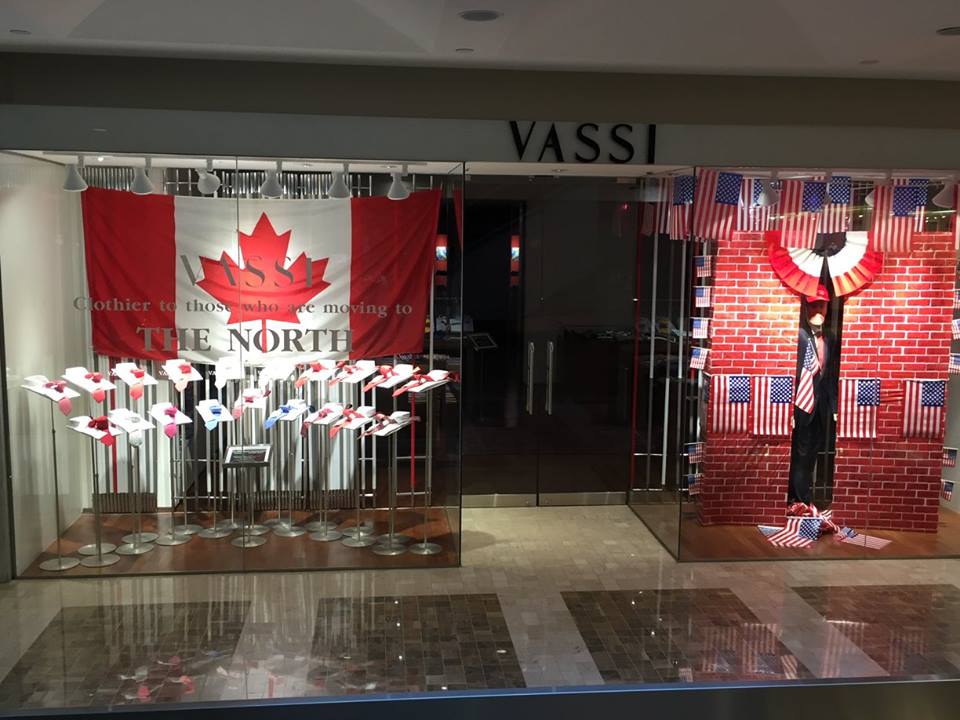 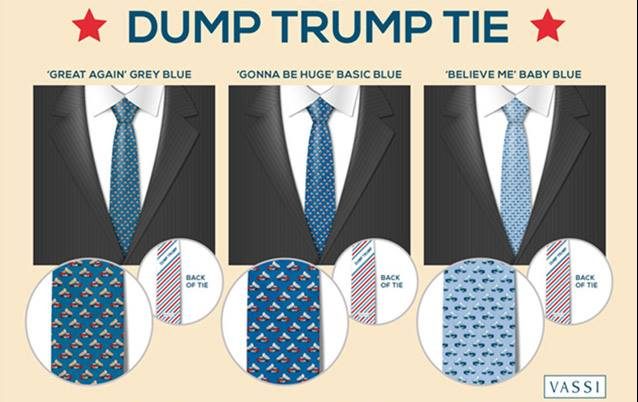 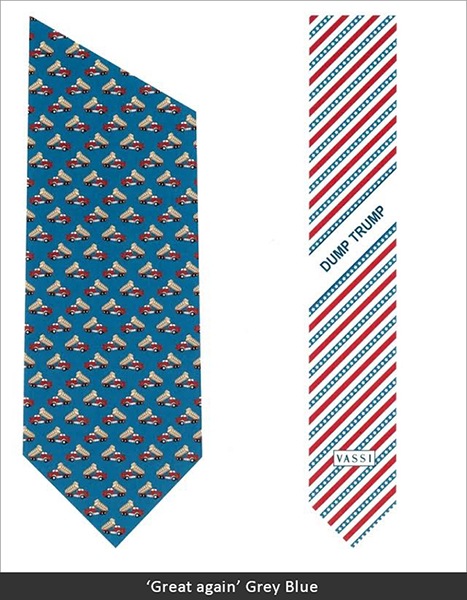 Dump Trump tie, would you buy one? / Vassi