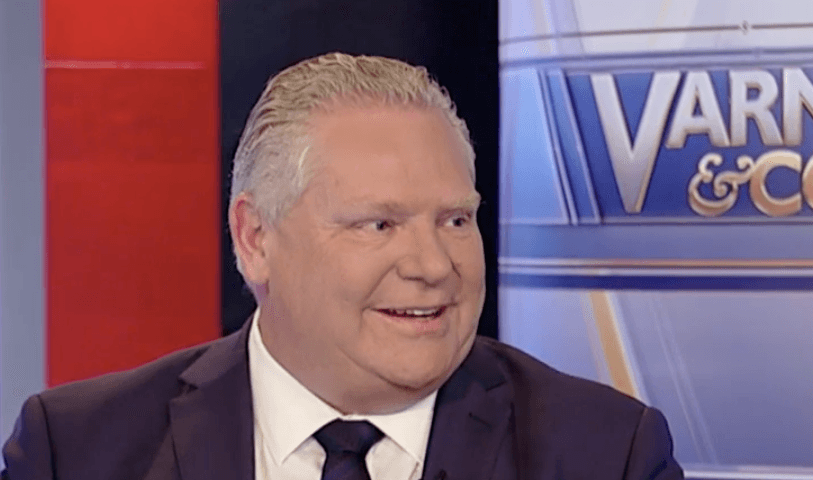 The host of a business show on Fox News had high praise for the policies and practices of the Doug Ford government recently, during an appearance by the premier on his show.

Ford was a guest on Tuesday’s edition of Varney & Co., hosted by Stuart Varney.

“More proof that President Trump’s ‘jobs, jobs, job’ mentality is making real waves: Our friends to the north – Ontario, Canada – taking a page out of the Trump playbook,” said Varney, while introducing Ford on his show.

“You can call me Doug,” Ford responded.

“Well, I don’t know,” said Ford. “We were in politics well before the president was.”

“Oh, so he’s taken a page out of your book?” said Varney.

Ford answered that regardless of who’s playbook was used by who, the point was that his government is  “really focusing on telling the world that Ontario is open for business and open for jobs… putting money back into peoples’ pockets.”

He told Varney that “when companies thrive, people thrive, and communities thrive.”

Ford was also asked what he was “going to do about” Trudeau.

“He doesn’t see politics your way at all,” said Varney.

“No, he doesn’t,” said Ford. “He believes in high taxes and has put this burden on the backs of every single individual in Canada, along with businesses – by this Carbon Tax – which is just a tax with the word ‘carbon’ in front of it.”

At the end of the interview, Varney told Ford he was “off and running” and thanked the Premier of Ontario – “a great state” – for joining him on the show.

Ford thanked Varney for having him on the show, as well.

“Let’s get Fox up to Canada,” he quipped.