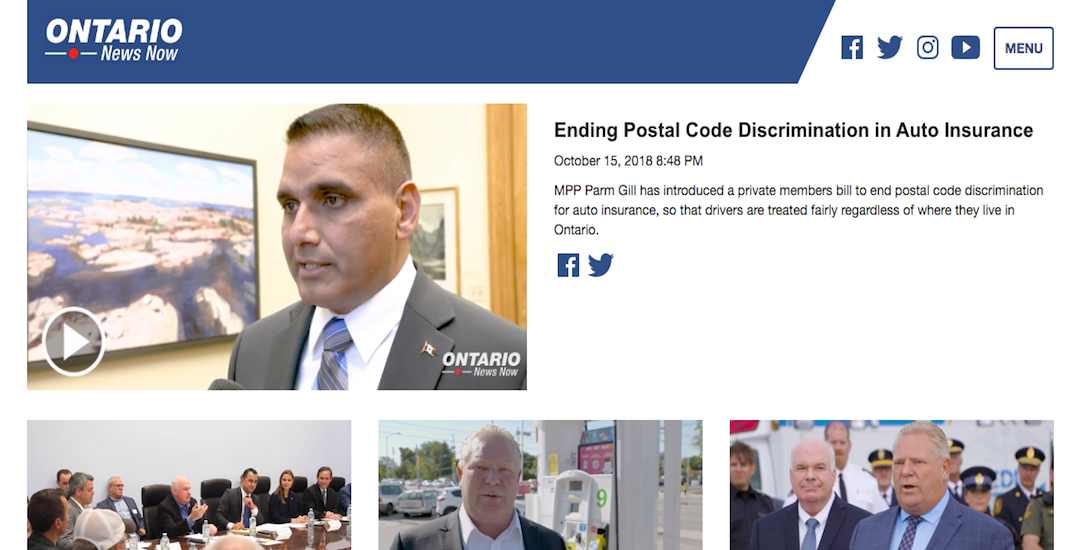 After being in office for just over 100 days, Premier Doug Ford has officially launched his own news website to promote his political agenda.

Coinciding with his ‘Ontario News Now‘ (ONN) social media accounts, the website is described as “where you can find all the latest updates on what the Ontario PC Caucus and our leadership is doing to help the people of Ontario.”

On Tuesday morning, the website went live and was promoted over social media with a short video clip featuring ONN’s on-air host Lyndsey Vanstone. In it she extols the successes of the service since launching three months ago.

“Our viewership has been overwhelming with tens of thousands of people watching our stories every day on Twitter and Facebook. That’s not going to change and now we have our own website,” says Vanstone.

Ontario News Now has a new home at https://t.co/idfUFK7UrR. Over the past few months, hundreds of thousands of viewers have tuned in via social media, and now you will also be able to get all the latest updates from the PC Caucus and our leadership on our new website. #onpoli pic.twitter.com/jswYBNl8zl

The website says the content is produced by PC Caucus Services, and that it serves a hub where visitors find the latest ONN stories, learn about the caucus and even tune into live question periods at Queen’s Park. 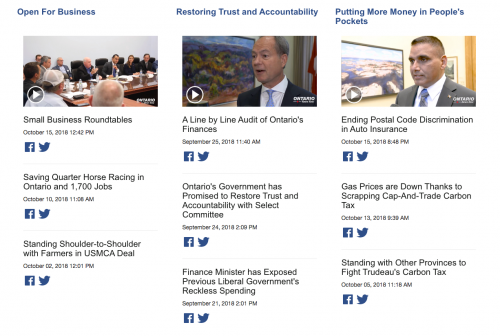 Not surprisingly, the launch of the website became a hot topic on Twitter, with many users calling the site “fake news” and asking who is funding the site.

please give me my tax dollars back. pic.twitter.com/zFvxIm69Vp

The PC party is paying for this, right?

Who is paying for this? Is it taxpayers?