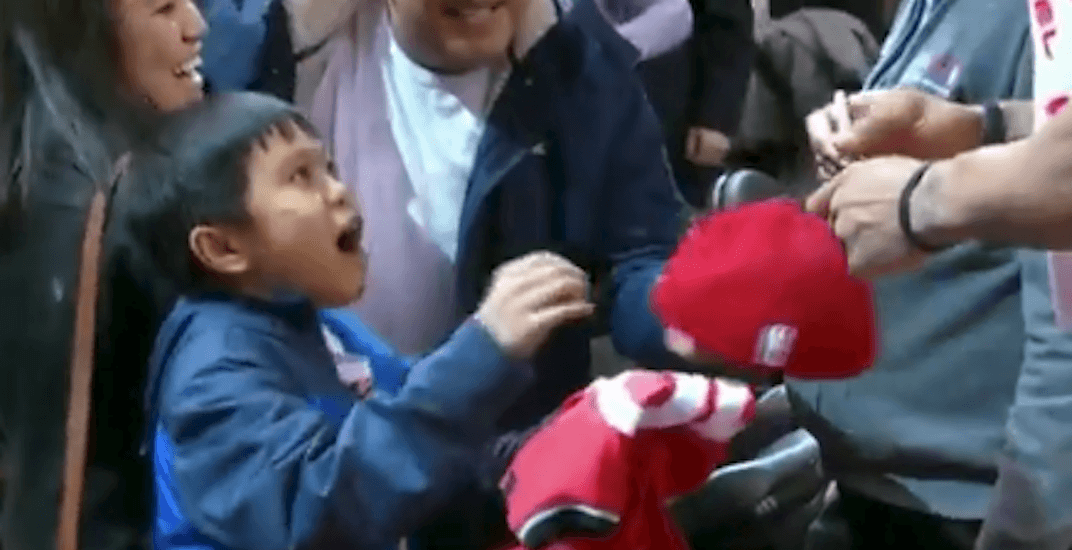 That’s bound to happen after a 29-point victory over the Detroit Pistons, keeping Toronto in first place in the Eastern Conference.

But one fan left the ACC with just a little more bounce in his step than the rest of the 19,800 capacity crowd.

DeMar DeRozan scored 20 points and added seven assists for his team on the evening. And after the game, he really made his mark.

With a look of amazement in his eyes, a young Raptors fan jumped up and down, unable to contain his excitement as he began to realize what was happening. DeRozan, his larger-than-life hero, had walked over and was about to give him an autographed pair of shoes.