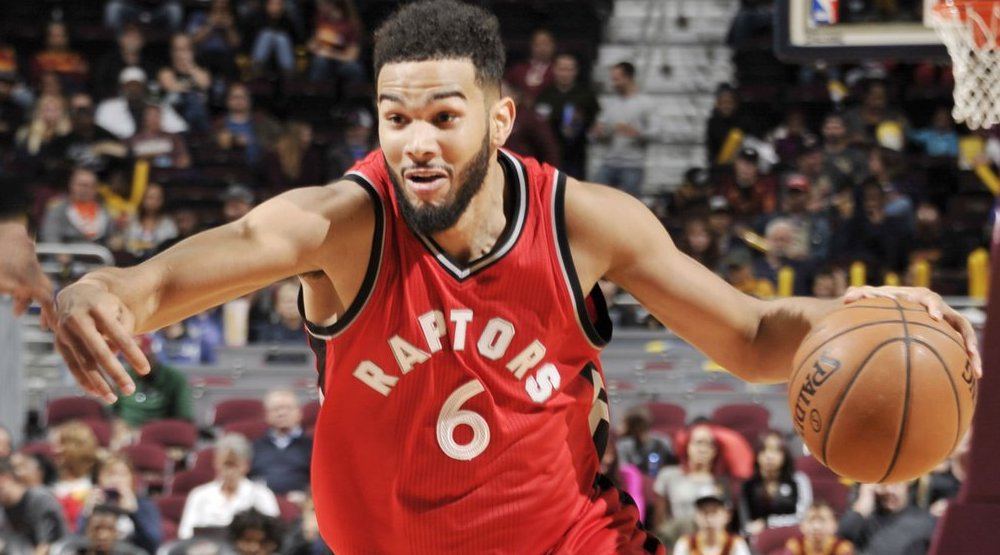 With Kyle Lowry, Cory Joseph, Delon Wright, and Fred Van Vleet, the Toronto Raptors have an embarrassment of riches at the point guard position. Wright’s play, in particular since Lowry went down with an injury, has made one point guard on the squad tradable.

That player is Cory Joseph.

Wright has done an average job filling in, but he has proved he can play in the Association. For instance, the Utah product can run the pick and roll as good or better than Joseph.

The 6-foot-5 point guard’s shot needs to improve to be a consistent threat from deep, but he has tons of time to grow. Developing that threat will make him much more versatile for the Raptors.

Wright’s long arms can get into passing lanes and force steals. His ability to contest shots and sometimes block them is something the Raptors haven’t had at the point guard spot in some time.

Joseph has been a key piece in the Raptors’ rotation, but he has been consistently inconsistent. His plus/minus the past six games show exactly that. It ranges from -13 to  -30 over that time period. In his two seasons with the Raptors, he hasn’t averaged more than 10 points and hasn’t shot over 37% from three-point range.

Joseph is one of the most tradable players because of his contract. He is making a very reasonable $7.8 million a season for this year and the next two. That contract, for a serviceable backup point guard with championship experience, could be very enticing for some franchises. He is only 25 so he has a lot of basketball left in him.

The NBA Draft this summer would be an ideal time for the Raptors to see what interest is out there for the former Texas Longhorn. In a deep draft, Toronto could use Joseph to improve their draft positioning.

The Pickering native could be in the same position as Lou Williams was two years ago. A fan favourite, but if he doesn’t fit a particular role, the Raptors will have to move on.

Fans all over Canada love the fact that Joseph, a Canadian, is playing and contributing for the Raptors, but a player’s birth certificate should not come before the team.

It wouldn’t be a huge risk in giving Wright a backup spot. He is only averaging 5.9 points a game, but scoring wouldn’t be his role. The 24-year-old will get valuable playoff experience this spring which will allow him to grow. He is raw but has four years of college experience and can learn under Lowry. He would be there to distribute and play lockdown defence. The Raps would also have a security blanket in Van Vleet just in case Wright got hurt or was in a slump.

Seeing #6 leave would be tough for Raptors fans, but it’s the business and sometimes saying bye to fan favourite is what’s needed.