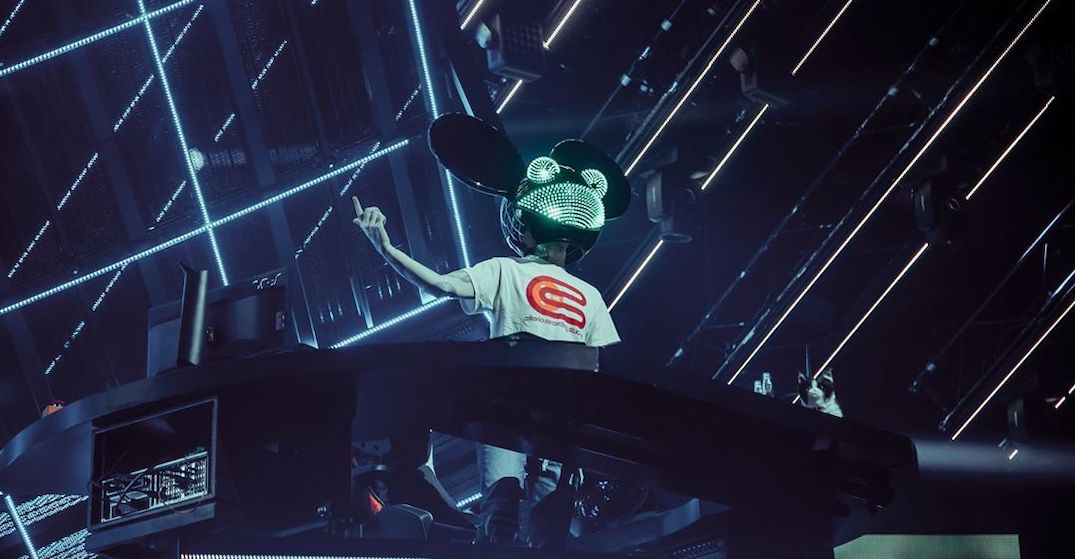 Canadian musician Deadmau5 is back, and is throwing a physical-distanced concert at Toronto’s drive-in venue next week.

Announced a few days ago, the electronic artist said he had been chatting with Mayor John Tory and is “happy to let you know we’ve got a small drive-in show booked in for Friday, August 14.”

“Yes, this is about having some fun, but please rest assured the team have been working hard to ensure this is a safe and socially distanced event,” reads a post by Deadmau5 on the show, which sold-out pretty quick.

Within days, a second show was announced for Saturday, August 15, and tickets are still available for the concert.

The new drive-in venue is owned by INK Entertainment, parent company to Rebel, Cabana Pool Bar, Toybox, and others, and have established a massive new theatre space in Rebel’s giant parking lot.

While it may not sound like much, this is the parking lot to be in the city – with sprawling skyline and CN Tower views.

Since July 17, the space has hosted outdoor concerts at the city’s newest concert and entertainment venue, which will generally have live music, movie nights, and a slew of other events.