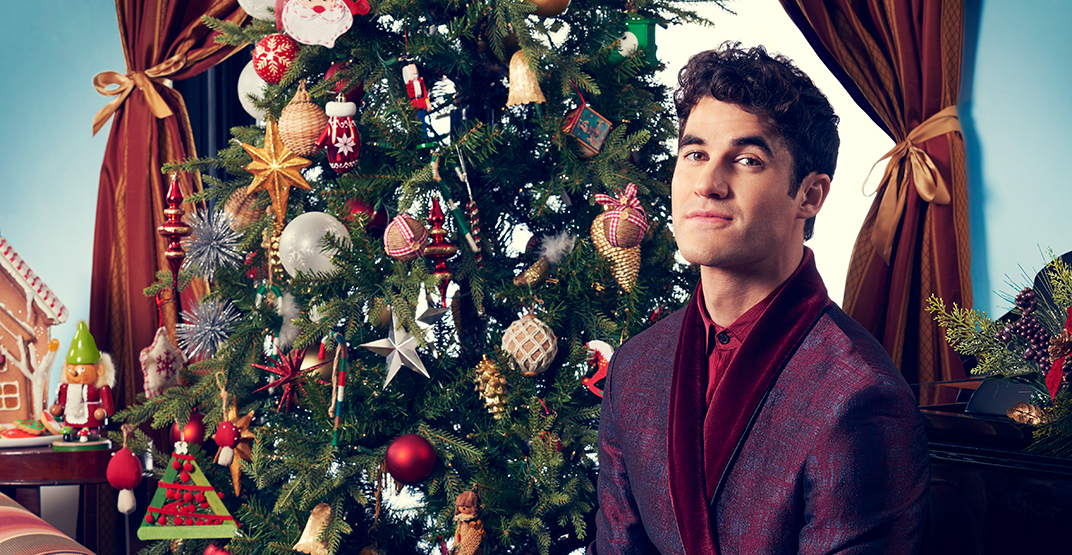 While you might typically say it’s beginning to look a lot like Christmas, this year, singer-songwriter Darren Criss is giving us a reason to rejoice in Crissmas.

Criss, a past Emmy, Golden Globe, and Screen Actors Guild award-winner, has released his first-ever holiday album with A Very Darren Crissmas through Decca Records, featuring a plethora of festive songs and even some guest appearances from stars including Adam Lambert, Evan Rachel Wood, and Lainey Wilson.

Torontonians will soon have the opportunity to hear tracks from the album performed live as Criss’ North American circuit — A Very Darren Crissmas Tour — stops in Toronto on Saturday, December 18 for a show at Massey Hall.

Kicking off in Indianapolis on December 3, the tour takes Criss and the joyful melodies from his new album to cities including Chicago, Louisville, Philadelphia, Boston, and Rochester, before a closing concert takes place in Hershey, Pennsylvania.

Over the years, the star has written songs for the comedy musical Royalties, co-wrote “Starting Now” for Disney (which was performed by Brandy), and also headlined the iHeartRadio Music Festival with Steve Aoki.

In August of this year, Criss released Masquerade — an EP collection of what he describes as character-driven singles. Now, the musician’s many talents can be seen in his collection of timeless holiday tracks that are both unpredictable and delightful.

The album, produced by multi-Grammy nominee Ron Fair, includes “(Everybody’s Waitin’ For) The Man With the Bag” featuring Lambert, “Somewhere in My Memory” with vocals by Wood, and “Drunk on Christmas” featuring Wilson, among other songs.

Tickets to see Criss perform live in Toronto this December are starting at $40 plus service charges. You can get yours via Ticketmaster.

Please note: All tour dates, cities, and venues are subject to change. For health and safety concerns, ticket holders must provide proof of full vaccination and/or a negative COVID-19 test taken at least 72 hours before the show date and time.