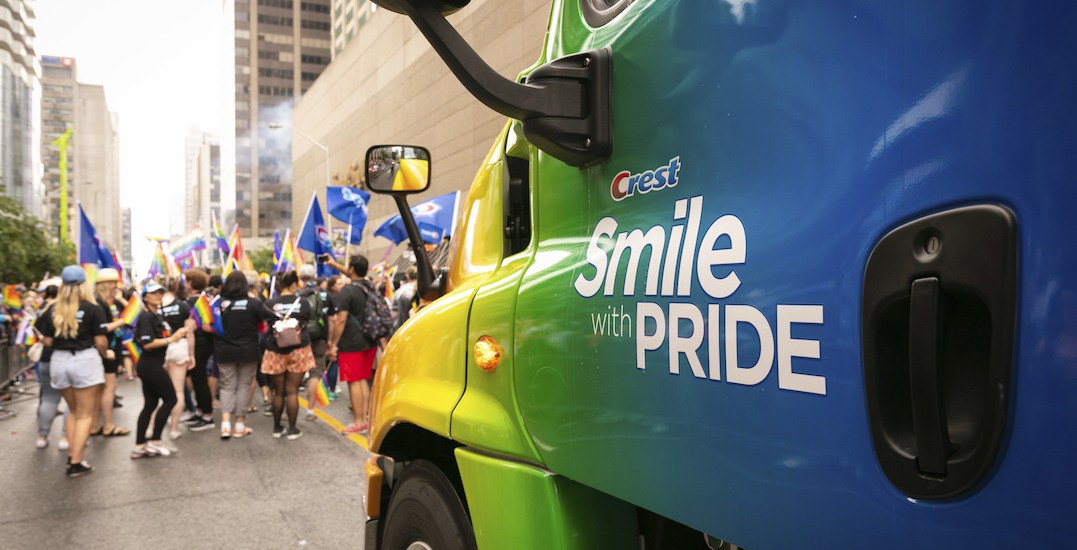 A smile can make a difference.

In celebration of Pride 2019 and in continuing support of the LGBTQ+ community, Crest has released a video series to showcase the power of a smile in being able to encourage and support those in their most vulnerable moments.

Featuring the real-life stories of three prominent Canadian influencers who belong to the LGBTQ+ community, the series gives viewers a 30-second glimpse into an intimate moment that was influential to each community members’ journey in feeling their most confident selves.

Featuring a trans woman coming out to her romantic love interest, a drag queen’s father seeing them dressed up for the first time, and a first kiss story from a same-sex couple, each video demonstrates how these tense, vulnerable moments are ultimately diffused by a small, but important act: a smile.

As told through each individual’s eyes, each heartwarming story is a testament to what a difference a smile can make in someone’s life.

The video series from Crest envisions a world where support doesn’t just end in the community — it comes from everyone and anyone, no matter who you love, how you identify, or even what you like to do on a Saturday night. It’s just a smile — but it can make a difference. And it can show how we’re all in it together, no matter what.

In addition to Pride-specific support, parent company Procter & Gamble Canada established the GABLE (Gay, Ally, Bisexual and Lesbian Employees) affinity group in 1996 with the goal of creating an inclusive environment where LGBT employees can feel valued and accepted. Today, the culture of diversity is still very much alive, with Crest donating $50,000 to The 519, as well as running its #CrestSmileWithPride campaign for its third year in support of Pride 2019.

This Pride, know that you can make a difference in someone’s day with a smile. Celebrate diversity every day by smiling with pride.