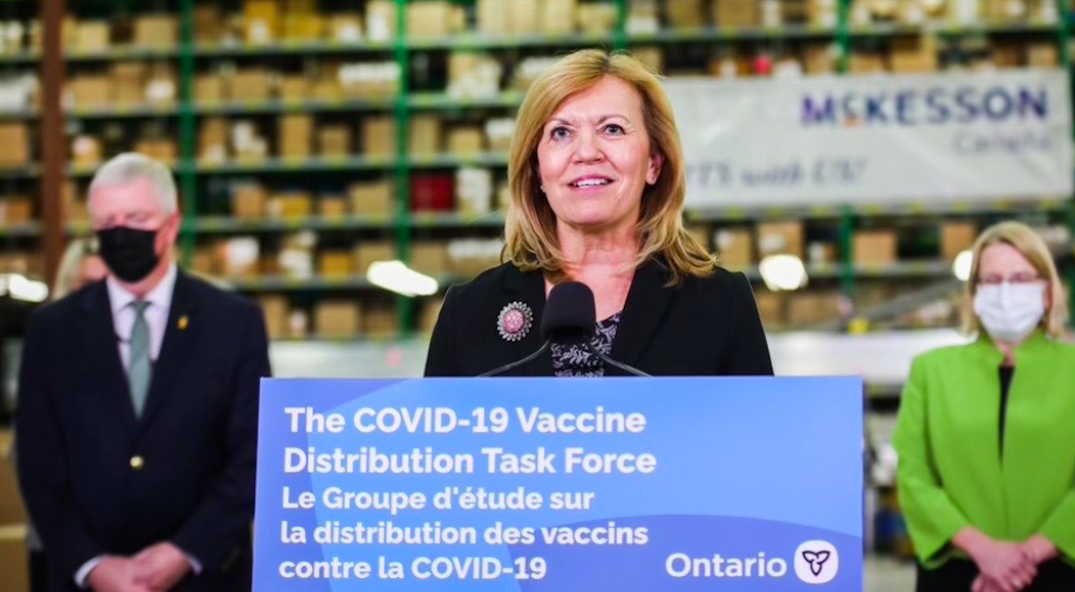 Ontario’s Health Minister Christine Elliott said the COVID-19 vaccine will not be mandatory in Ontario when addressing healthcare settings and frontline workers.

On Tuesday during a press conference when Elliott was asked if the vaccine will be mandatory in healthcare settings, like the flu shot, she said “no.”

“The premier has been very clear that he wants this to be a voluntary assumption that people will receive it voluntarily and that we don’t want to make it a mandatory requirement,” she said.

Elliott also noted that while it’s expected that more than half of Ontarians will be vaccinated by September the exact number can’t be provided yet.

She said when it comes to individuals who face “physical co-morbidities” they’re unsure of how this population can receive the vaccination.

“It’s difficult to have a specific number because we need to gather more information on this.”

Elliot pointed out that the Pfizer and Moderna vaccines can only be given to people who are 18-years of age and older.

Also in the announcement Elliott said the province would be using resources from both the public and private sectors, who “already play an important role in supporting the storage, distribution, transportation, administration, tracking and monitoring of pharmaceuticals, including vaccines, in the province.”

According to the province, distribution channels will depend on the details provided by the federal government about the requirements for specific vaccines, such as ultra-cold storage, the timing of delivery, and priority populations for vaccination.

Ontario government officials say they will be ready by December 31 to receive vaccines, with the first doses of vaccines expected to be made available in 2021.