A flight that departed from Florida and arrived in Toronto last Friday may have exposed its passengers to COVID-19.

According to the Government of Canada, Air Canada flight number AC911 on July 24 had a confirmed case of COVID-19.

The government says that rows 26 to 32 may have been impacted. The flight was travelling from Fort Lauderdale to Toronto.

Since July 12, 18 international flights that departed or arrived in Toronto have been identified with confirmed cases of the virus.

This includes flights from Mexico City, La Guardia, Houston, London, New Delhi, Charlotte, Chicago, Frankfurt, Qatar, and Istanbul. This also includes a flight that departed from Toronto and arrived in Bridgetown, according to the government.

There are also nine reported domestic flights that departed or arrived in Toronto with confirmed cases.

Two flights that departed from Montreal on July 20, were identified. A Toronto to Montreal bound flight on July 20 was also identified.

A July 13 flight from Toronto to Vancouver has also been identified. On the same day another flight was identified travelling from Vancouver to Toronto. Vancouver flights that departed on July 15 and July 18 were also reported.

Other flights reported include a Toronto to St. John’s bound aircraft and a trip from Toronto to Calgary. 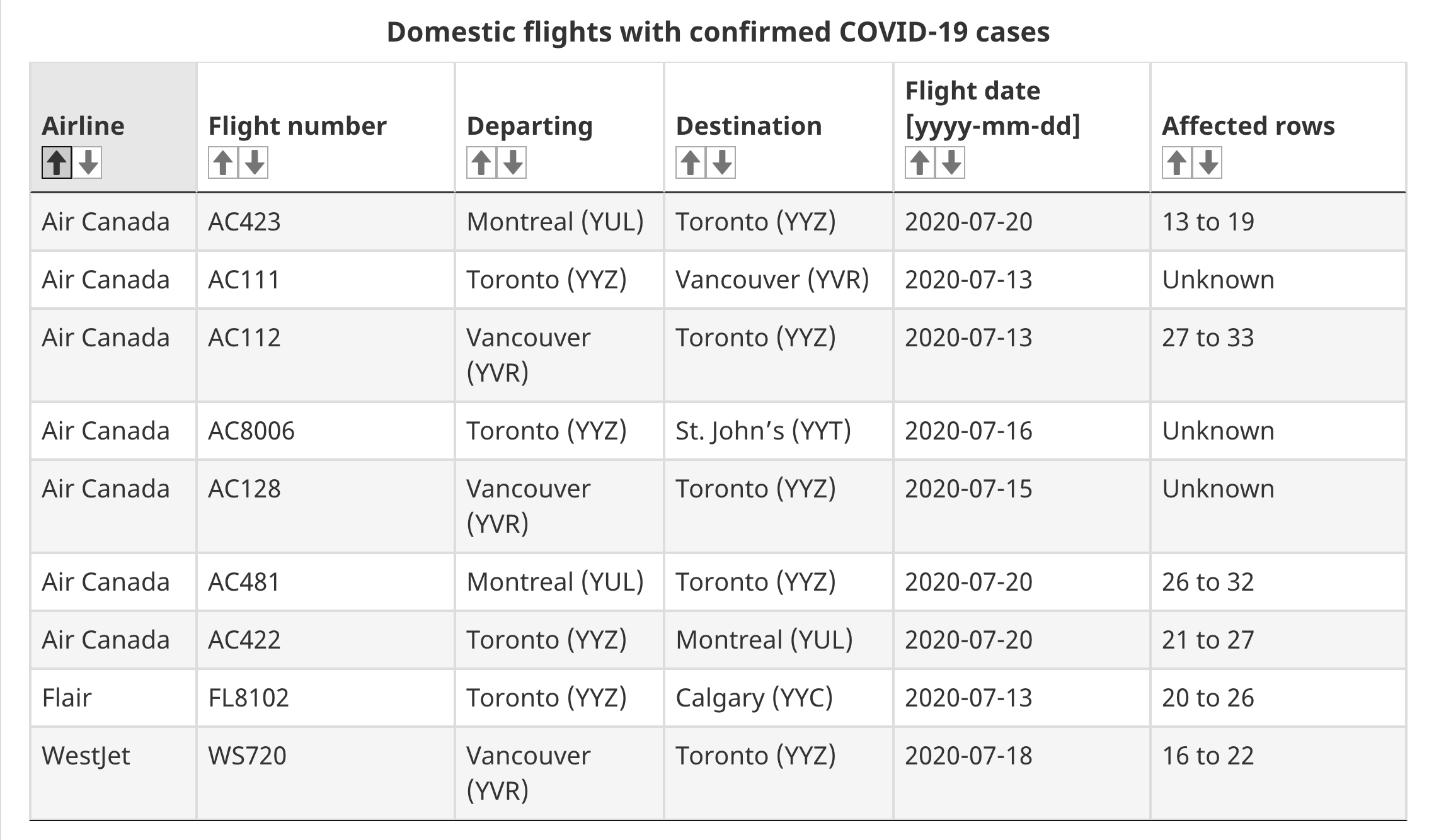 The federal government emphasizes that any passenger recently returning to Canada must self-isolate for 14 days. This is mandatory whether or not symptoms are present.