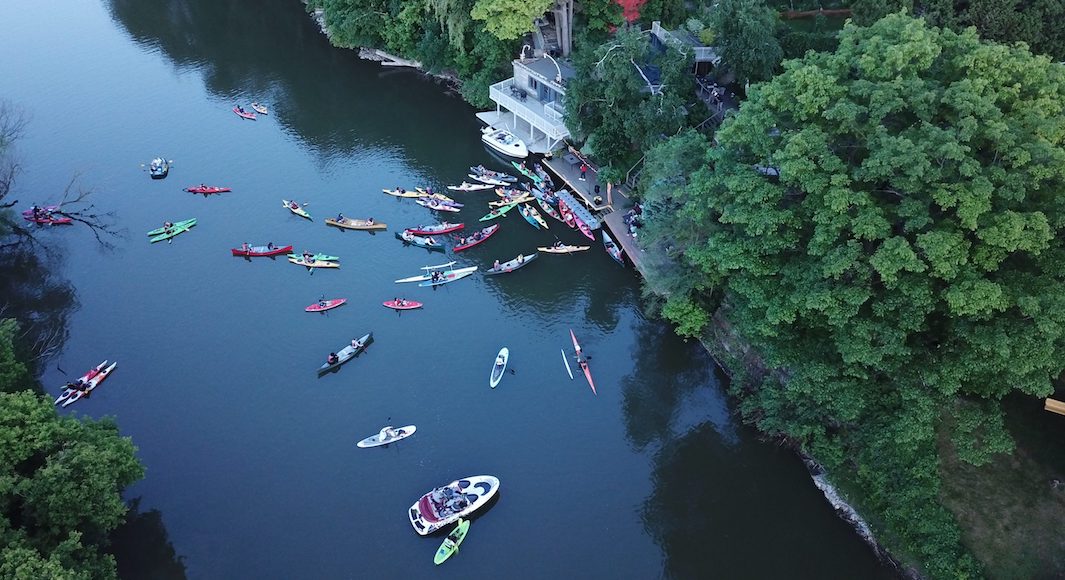 If you’re in need of a distraction from the mess that is 2020, Toronto Adventures has a solution.

Combining nature and laughs, their Comedy on the River shows make for the perfect weekend activity in ‘rona season. The final show is set for this Saturday at 6:00pm.

Taking place along the picturesque Humber River, guests rent a canoe or kayak from Toronto Adventure’s Humber Paddling center, before leisurely paddling down the river to the show, which takes place on a dock. You’re sure to be more than six-feet apart from other attendees as you float along the 100 kilometer river.

The show is hosted by comedian Dan Galea, who has appeared on Rookie Blue and is one of the founding members of award-winning sketch troupe The Sketchersons.

Comedy on the River features some of Toronto’s biggest upcoming comedians, says the event’s website. Past shows have featured Jeff McEnery who has appeared on Letterkenny and Just for Laughs: All Access, and and Ali Hassan, host of Laugh out Loud on CBC Radio and SiriusXM, and Seán Cullen of Workin’ Moms.

Comedy on the River

Note: While local parks, shops, and events are reopened, Toronto Public Health is reminding individuals to monitor their health for signs and symptoms of COVID-19. And if you’re not feeling well, they recommend staying home at this time. If you decide to go out, maintain the six-feet physical distancing guidelines.