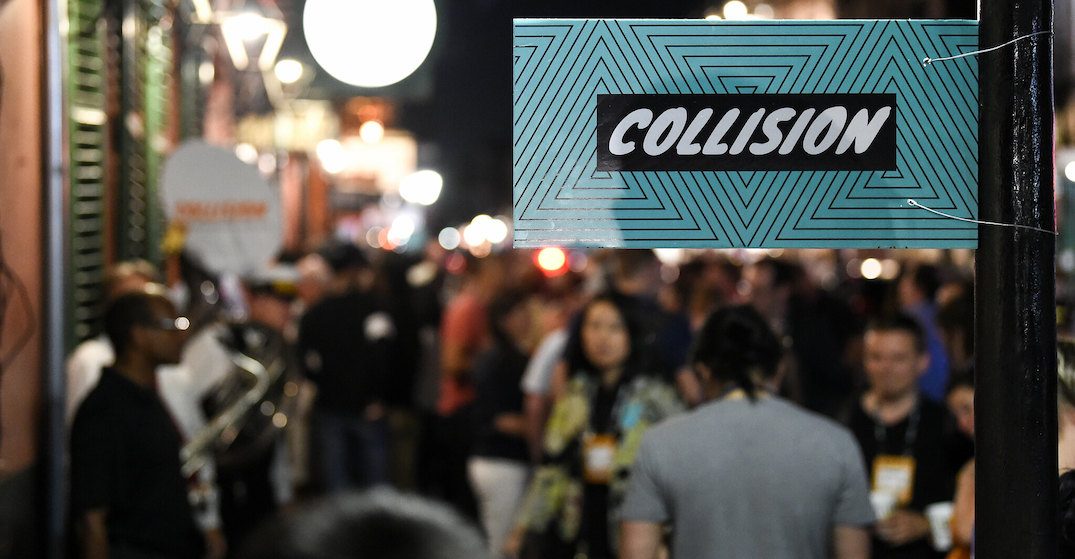 In just a few weeks, tech giants and industry leaders from around the world will head to Toronto to attend North America’s fastest-growing tech conference.

And this week, Collision announced that it has reached maximum capacity for the event.

According to organizers, the size of Collision’s now sold-out floor space is set to be seven times larger than last year’s conference, which was held in New Orleans.

Not only that, the size of the space has now surpassed its flagship event, Web Summit.

Paddy Cosgrave, Founder and CEO of Web Summit, said that “Canada is having a moment.”

“We can see this with the level of interest for this year’s Collision and its first year since moving it out of the United States,” said Cosgrave. “The Collision floor has exceeded all expectations, and our incredible line-up of speakers and new stages have us all very excited for this coming May and for the remaining years in Toronto.”

Airbnb, Microsoft, Slack, and Cisco are among the tech giants who will be at Collision. Canadian companies such as Interac and Shopify will also be there.

As for speakers, tech gurus like Ev Williams (founder of Medium) and Kara Swisher (Recode) will be at Toronto’s inaugural event, along with actors like Seth Rogen and Joseph Gordon-Levitt.

Aside from an action-packed three days filled with guest speakers, networking opportunities and discussions, attendees can also look forward to the Night Summit, which continues into the evening hours, offering a taste of Toronto’s liveliest and most iconic bars.

Every night during Collision, attendees will take over a new neighbourhood in Toronto. From street parties to more intimate networking events, Night Summit has something for everyone. One event to have on your radar is pub crawls hosted by special guests, including Jillionaire of Major Lazer.

It’s no wonder the event’s space is sold-out.