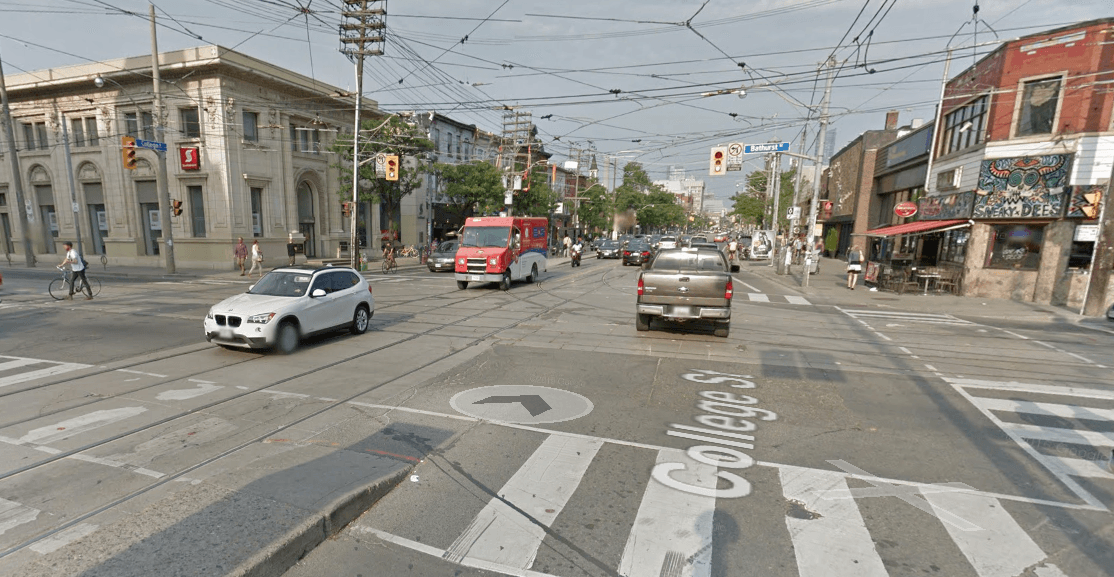 If you’ve been anywhere near College and Bathurst the last three weeks, you know the complete nightmare its been.

The TTC had scheduled track reconstruction at the intersection from June 20 to July 12 but, working 24/7 this whole time, they’ve managed to complete their work and even open the busy downtown intersection a day early.

We can’t remember the last time we’ve applauded the TTC, but our hats are off on this one. College and Bathurst is such a major downtown intersection that its closure disrupts downtown traffic flow in every direction.

Of course, that doesn’t mean streetcars have resumed running their normal routes. While the intersection is back open, only TTC shuttle buses are running through them until July 31st. After that, the TTC informed us normal route service would resume.

For cars, bikes, and those on foot, however, College and Bathurst is no longer an intersection you have to avoid.