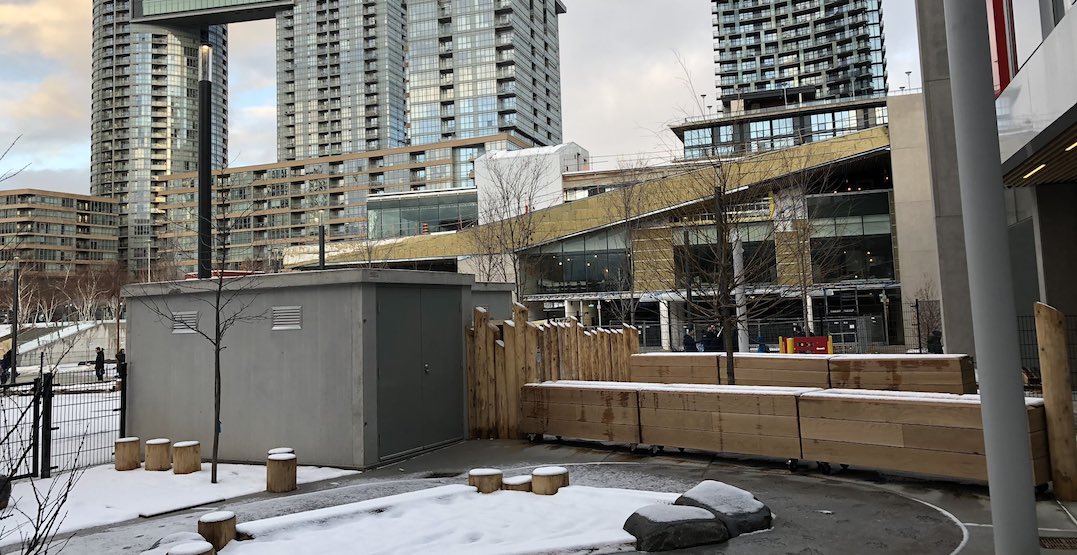 Jean Lumb Public School and Bishop Macdonell Catholic Elementary School are now serving a community of approximately 20,000. The neighbourhood has had limited access to local schools, child care, or public recreation facilities up until now, according to the city.

In addition to the two schools, the major development includes a community centre and child care centre. The new facility, located at the corner of Fort York Boulevard and Brunel Court, is integrated with the Canoe Landing Park.

Mayor John Tory and several other City of Toronto and school board officials were at the location on Monday morning to celebrate back-to-school at the new site, formerly known as Block 31.

The schools each serve 550 children from kindergarten to Grade 8. Canoe Landing Child Care Centre serves a total of 54 children, from infants to preschoolers.

It’s officially open! This morning we welcomed kids to their new schools in CityPlace. This first of its kind integrated facility includes schools, childcare, & a community centre. As Toronto grows, it’s an example of how to build neighbourhoods in our increasingly vertical city. pic.twitter.com/fD6dwORw6H

To finance the construction of this new facility, the city reportedly used revenue that was collected from development projects in the Railway Land area.