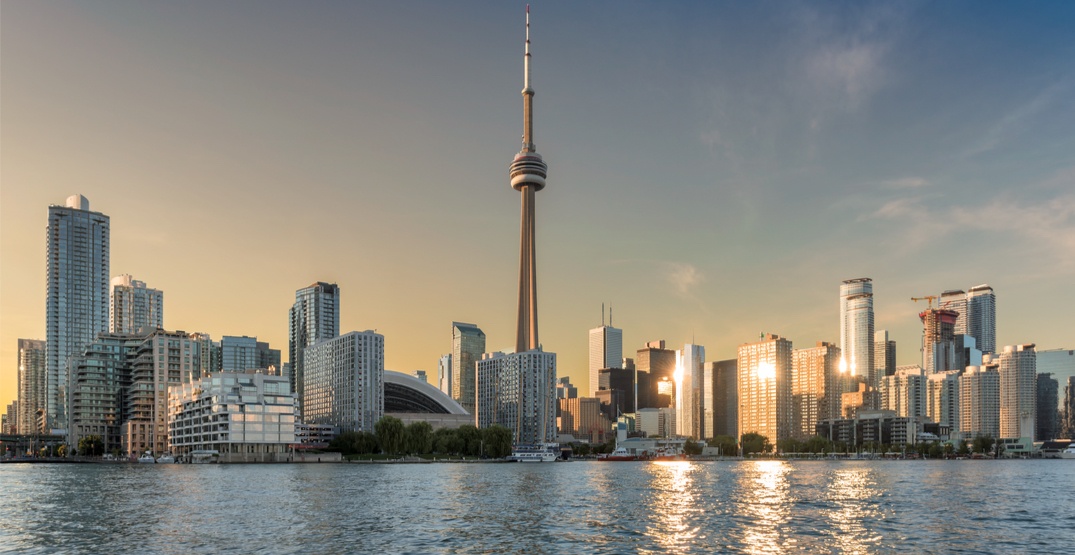 Toronto is already a top global leader in quality of life, and the city is making efforts to become even better and stronger.

City officials have released Toronto’s first-ever “Resilience Strategy,” in an effort to address and improve the city’s approach to growing challenges of the 21st century like climate change, poverty, and housing. Toronto is the second city in Canada, after Montreal, and the 62nd city internationally to release such a strategy.

The development of the city’s Resilience Strategy was supported by 100 Resilient Cities, which Toronto joined in 2016. It’s a network of cities around the world that “supports a view of resilience,” started via The Rockefeller Foundation. Since 2016, the city engaged partner organizations and more than 8,000 Torontonians through multiple mediums, as well as studied existing city plans to develop the strategy.

“Resilience is a process: this strategy is the next big step to build on everything we are doing to make Toronto a resilient city,” said Chris Murray, Toronto’s city manager, in a statement.

What makes a city resilient?

The strategy defines it as “the capacity of individuals, communities, institutions, and systems within a city to survive, adapt, and thrive in the face of the chronic stresses and acute shocks they experience.” This doesn’t only mean earthquakes and floods, but also general stresses that “weaken the fabric of a city” on a day-to-day basis.

The strategy outlines 10 goals and 27 strategies to deliver that vision in three focus areas: people and neighbourhoods, infrastructure, and leadership. Addressed through those focus areas are factors like equity, climate, housing, and mobility among others. 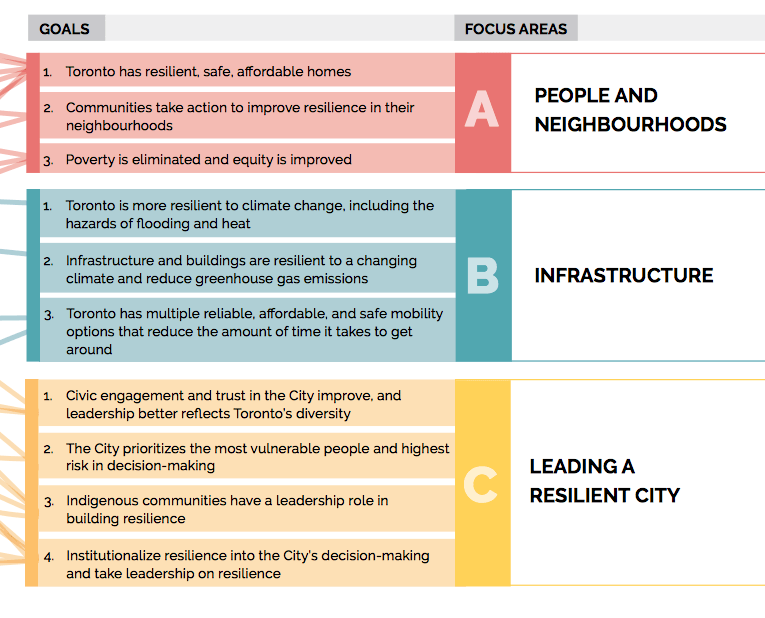 Highlighting the importance of equity, the strategy says that residents’ definition of resilience varies based on things like the neighbourhood they live in, their income, and who they are in general. It aims to assign all Torontonians equal access to recourses, funding and opportunities to thrive in their community.

The strategy also notes that Toronto is increasingly impacted by extreme weather like heatwaves and flooding, getting “hotter, wetter, and wilder,” and that residents can use improvements in certain aging infrastructure to make it more resilient to climate change. Diverse, creative housing solutions are also a must to ensure housing affordability, with 19% of households living in overcrowded conditions, according to the strategy.

Among others, the strategy cites the need for multiple reliable mobility options in the city, and an increasing need for civic engagement in government-decision making, as solutions to develop a more resilient Toronto.

“Resilience is a process – you are never ‘resilient enough’. This is not the City’s first investment in resilience, but we called this Toronto’s ‘first’ Resilience Strategy on purpose,” said Chief Resilience Officer Elliott Cappell, in the report.

“As the city continues to change, learn, and grow, our resilience challenges will also change. From artificial intelligence to migration, the changing nature of work to an
aging population, we need to keep investing in resilience; to continue participating in this process.”

You can check out the full Resilience Strategy here.