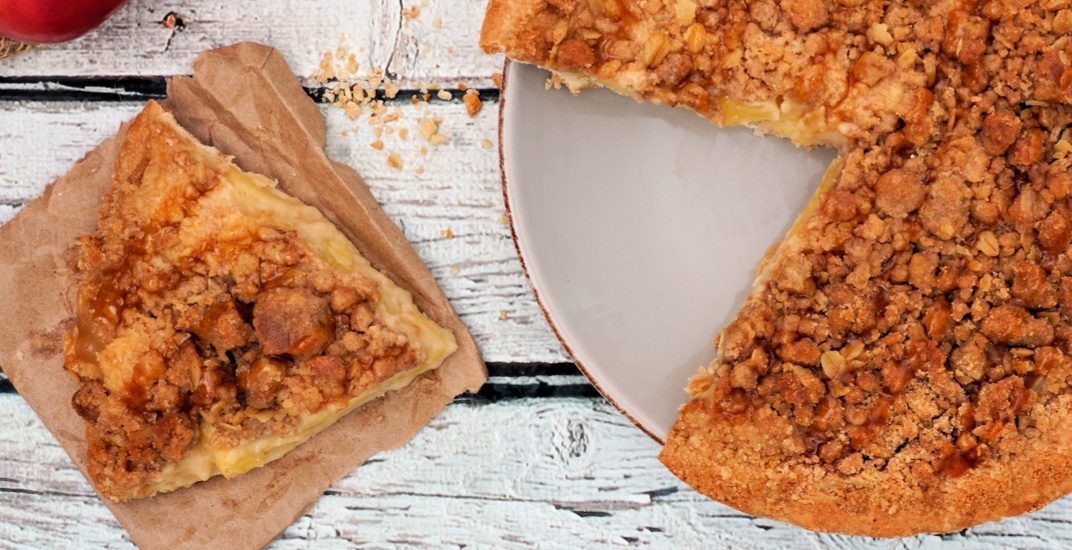 A trip to the apple farm is an annual autumn tradition in Ontario, and while the season for pick-your-own-apples might have already wrapped up for another year, you can now get a taste of the farm delivered straight to your doorstep.

Chudleigh’s Farm based in Halton Hills is celebrating its 50-year anniversary by partnering up with a fellow Ontario-born business who also just happens to be celebrating 50-years in 2017.

Pizza Pizza and Chudleigh’s Farm (both established in 1967) are partnering up to make apple crumble pies as easy as ordering pizza delivery.

The pizza chain announced that it’s introduced the scratch-made desserts to its menu and is selling the sweet brown sugar and oat crumble-topped pies filled with cinnamon-spiced Northern Spy apples for $7.99 at locations in Ontario, Quebec, Manitoba, Saskatchewan, and Nova Scotia

Not a bad way to cap off pizza night – though the farm’s famous apple blossoms are available anytime for online ordering as well.