Toronto motorists will start dishing out more money at the pump starting today as the federal government’s new carbon tax officially kicked in.

Since January, the average cost of gas has already risen 20 cents per litre in Canada, leaving the average motorist to pay an extra $9 per fill-up, according to GasBuddy.

But this amount is now even steeper in Ontario since the carbon tax fee on gasoline, diesel and heating fuels throughout the country comes into effect on April 1.

The tax hike — which is intended to put a price on carbon pollution and reduce the greenhouse gas emissions that cause climate change — only affects four provinces without their own carbon pricing system, which includes Ontario, Saskatchewan, New Brunswick and Manitoba.

Residents of the four provinces will be getting a basic Climate Action Incentive tax rebate on their 2018 personal tax return.

If you need to fill up and you want to avoid paying sky-high gas prices, these are the currently the 10 best gas stations with the lowest prices, according to GasBuddy. 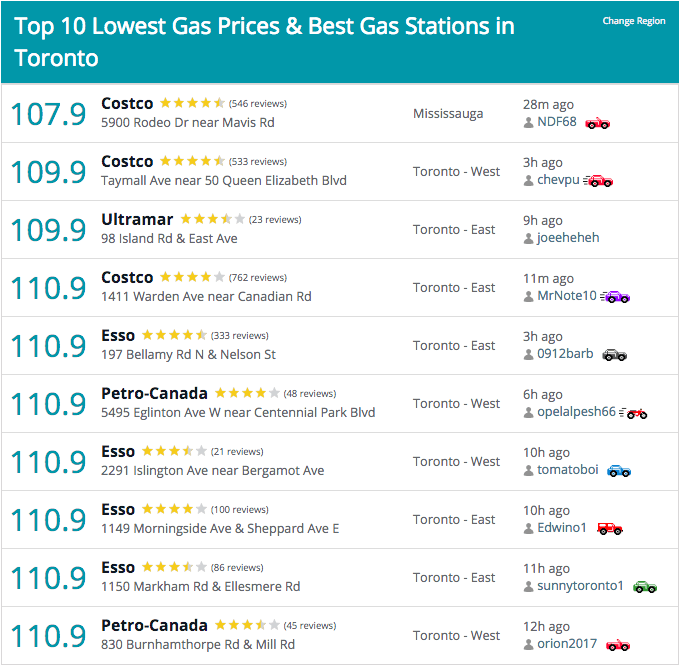 Premiere Doug Ford has called the carbon tax “job-killing” and continues to fight the federal carbon tax and previously said that “a carbon tax will make no difference to the environment.”

Instead, it will, “drive up the cost of gas for your car, home heating for your family and the cost of getting food to your grocery store shelf,” during a tour of Challenger Motor Freight in Cambridge, Ontario, last month.

Additionally, in response to the tax hike, Ford says starting today, Ontario drivers no longer need to get Drive Clean emissions tests for their light-duty passenger vehicles, as part of the government’s commitment to make life easier for vehicle owners and save taxpayers up to $40 million a year.