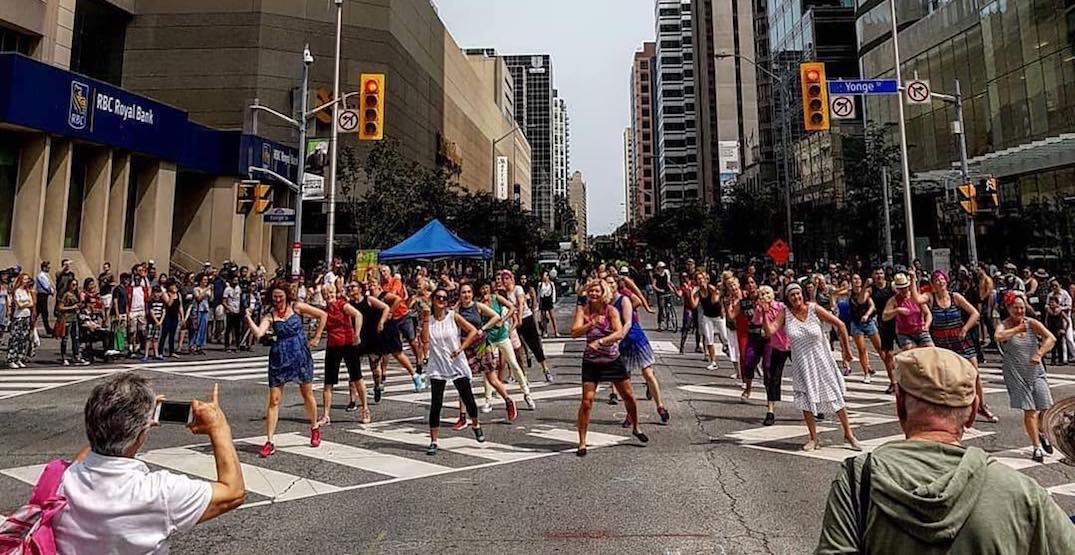 Street closures in the middle of the downtown core are a common theme of the city’s many festivals, but how about when the festival is the street closure.

That’s exactly what we can expect from Open Streets TO, returning to Toronto downtown streets on two separate days in the next month, starting with this weekend.

Also known as Ciclovia, Open Streets programs essentially turn bustling downtown streets into outdoor community centres — ‘paved parks’ for the public to enjoy, ridding them of cars and filling them with a variety of activities run by local businesses and by virtually anyone who has a programming idea.

Though the festival originates from Medellin, Columbia, cities around the world have taken part in the tradition.

This year, Open Streets TO will take place this coming weekend, on Sunday, August 18, and Sunday, September 15 from 10 am to 2 pm. On both days, you can expect to take part in a variety of fun street activities on Bloor Street between Ossington Avenue and Church St, and on Yonge Street between Bloor Street and Queen Street.

Previous years of Open Streets saw everything from dance classes to art installations take place, as well as yoga, musical performances, obstacle courses, and even a pop-up hair salon.

Keep an eye out for updates on Open Streets TO’s website.

And if you have a killer idea for an activity that you’d like to run at this year’s festival, be sure to submit a proposal here. 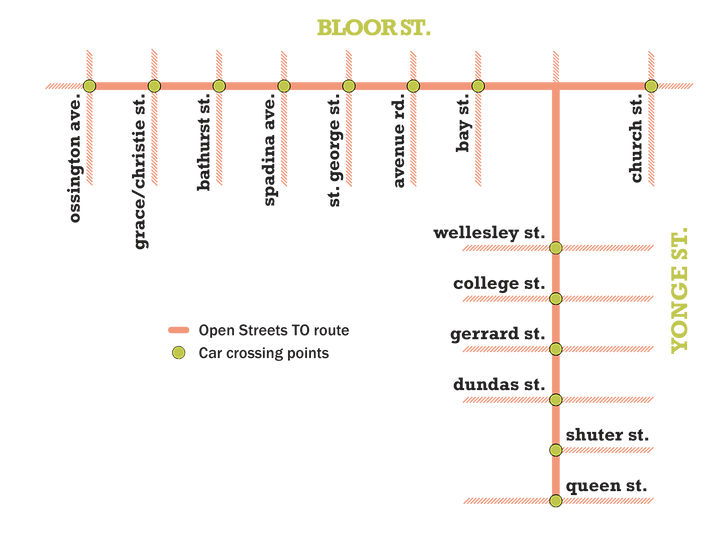 When: August 18 and September 15
Time: 10 am to 2 pm
Where: Bloor and Yonge Streets
Price: Free to attend