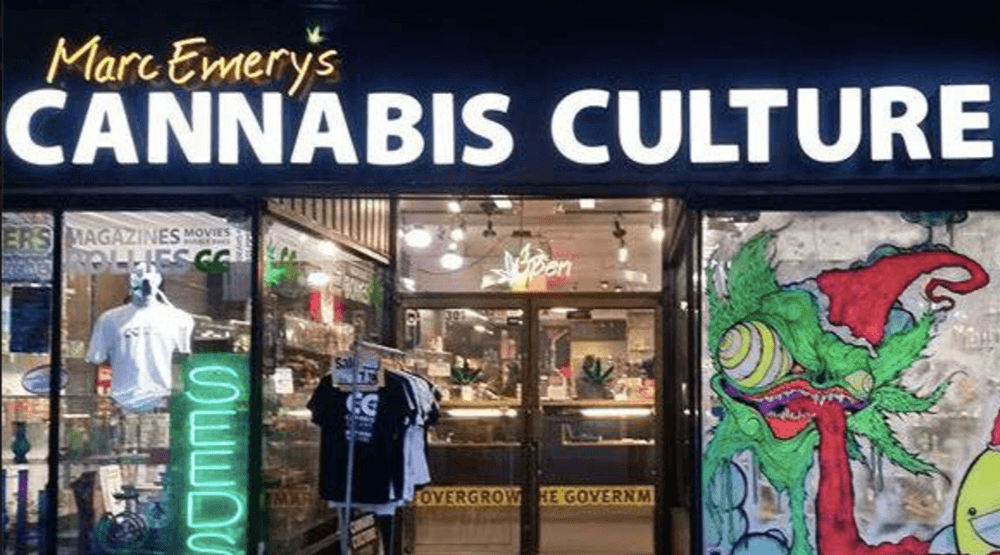 Police are raiding Cannabis Culture dispensaries across Canada as the pot shops’ owners, Marc and Jodie Emery, were arrested in Toronto on Wednesday evening.

The couple were arrested at Pearson International Airport. On Facebook, Emery said he and his wife were travelling to Spain for a marijuana festival.

According to social media updates from the couple’s BC-based lawyer Kirk Tousaw, Toronto police have called on Vancouver Police to execute warrants at the Cannabis Culture Headquarters located on West Hastings Street.

In another Facebook update, Tousaw said Toronto police were coordinating raids in Hamilton, Ottawa, and Toronto.

In an email statement to Daily Hive, the Tousaw Law Corporation confirmed Marc and Jodie Emery were arrested along with several other cannabis activists.

“This latest salvo in Canada’s senseless war on cannabis and cannabis consumers is a moral outrage and has no place in a free democratic society,” their statement said.

Daily Hive reached out to the Vancouver Police, but they had not responded at the time of writing.

Cannabis Culture tweeted that the shop’s location on 461 Church Street location in Toronto was being raided.

According to a release from Toronto Police the Emerys along with Chris Goodwin, Erin Goodwin, and Britney Guerra will appear in court at Toronto’s Old City Hall on Friday at 10 am.

Marc Emery has been charged with:

Jodie Emery was charged with:

Emery and his wife are well-known marijuana advocates. He has been in jail several times, most notably serving five years in a US-federal prison for selling mail-order cannabis seeds.

Justin Trudeau has pledged to introduce legislation in spring making recreational marijuana legal, but also said it would remain illegal until that bill was passed.