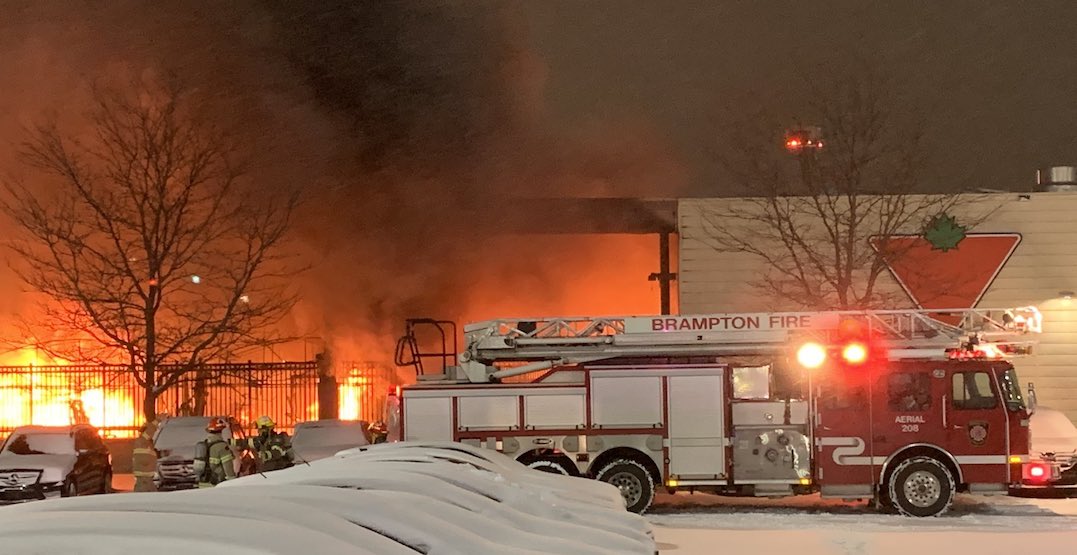 No injuries have been reported following a fire at a Canadian Tire store in Brampton.

The property was partially engulfed in flames early Thursday morning, and heavy snow reportedly “made conditions more difficult than normal” for fire crews.

Brampton Fire & Emergency Services responded to a call for a commercial property fire at about 5:20 am, and asked the public to avoid the area.

An image shared by the team shows a Canadian Tire parking lot with its left side completely engulfed in flames.

In a response to the fire crew’s tweet, one person shared an image of a map showing that it appeared the fire was located in the area of the store’s garden centre, though crews did not confirm this to be the case.

Fire Chief Bill Boyes commended the fire team’s efforts, and noted that heavy snow made “conditions more difficult than normal” while sharing a drone image of the area.

Peel police reported road closures in the area of McLaughlin Road and Bovaird Drive, but the roads have since reopened.