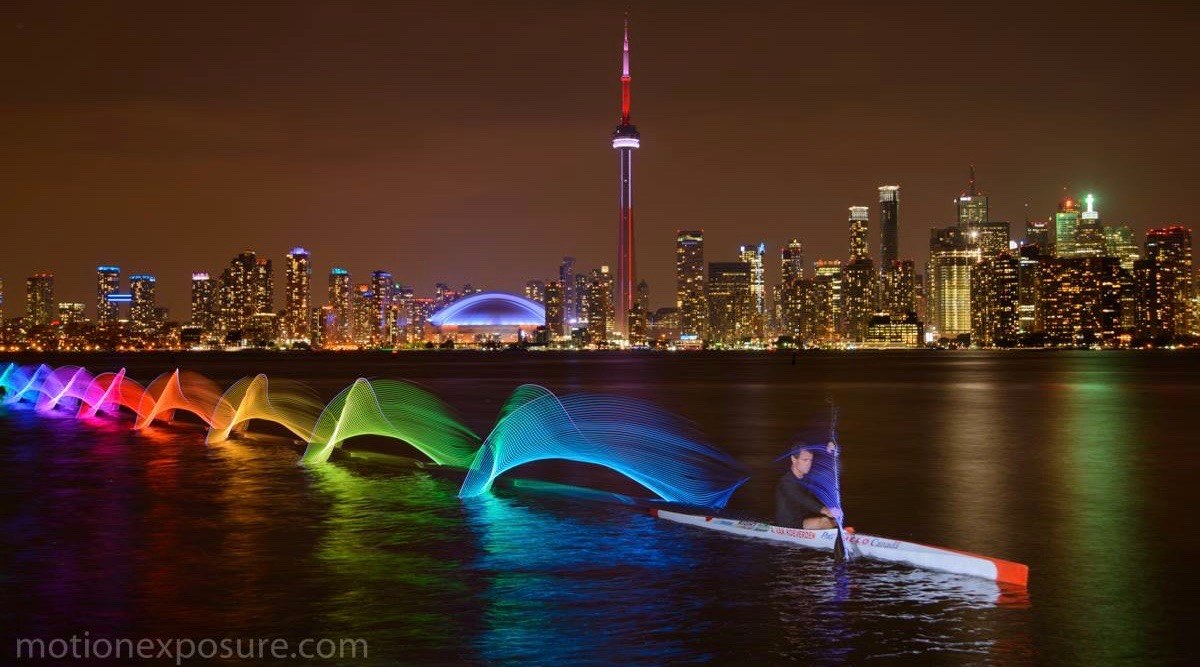 Canadian kayaker Adam van Koeverden is heading to the Olympics for the fourth time this year.

He has already won a gold medal, two silvers, and a bronze (that’s the most medals ever by a Canadian paddler). He’s also been Canada’s official flag bearer at the opening ceremonies in Beijing (2008). 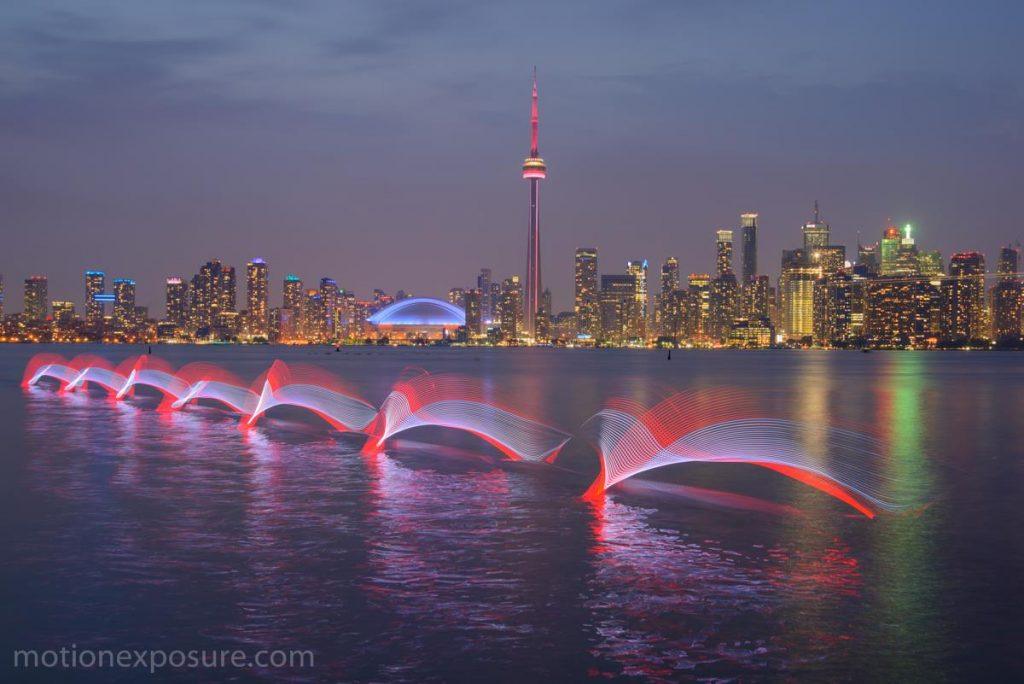 But despite all this success, he’s never had a ridiculously cool motion exposure photograph to call his own – until now.

Teaming up with Waterloo, Ontario based photographer Stephen Orlando of Motion Exposure, the Olympian had LED lights attached to his paddle before making his way across the water. As explained on Motion Exposure’s Facebook page:

I attached colour changing LED lights to Adam’s paddle and used a long exposure photograph to reveal the path of his paddle stroke. Each photo is a single exposure and has not been manipulated in Photoshop. Adam doesn’t show up in two of the photos since the only things that will be exposed on the camera’s sensor are stationary, like the skyline, or bright, like the LEDs. Since Adam is a dark object that’s moving, he’s not in the same spot long enough to show up in the photo. For the photo where Adam is visible, Stephen illuminated him with a flash.

The best part is that you can buy prints of these images and half of the proceeds will go towards a local charity, Project Canoe, a Toronto based group that “use the outdoors, including wilderness canoe trips, to create a transformative environment in which our youth develop life skills, social competencies, and resiliency, thereby fostering their own personal success.”

This is what we like to call a win-win. Check out the rest of the photos below, and be sure to Adam on in Rio! 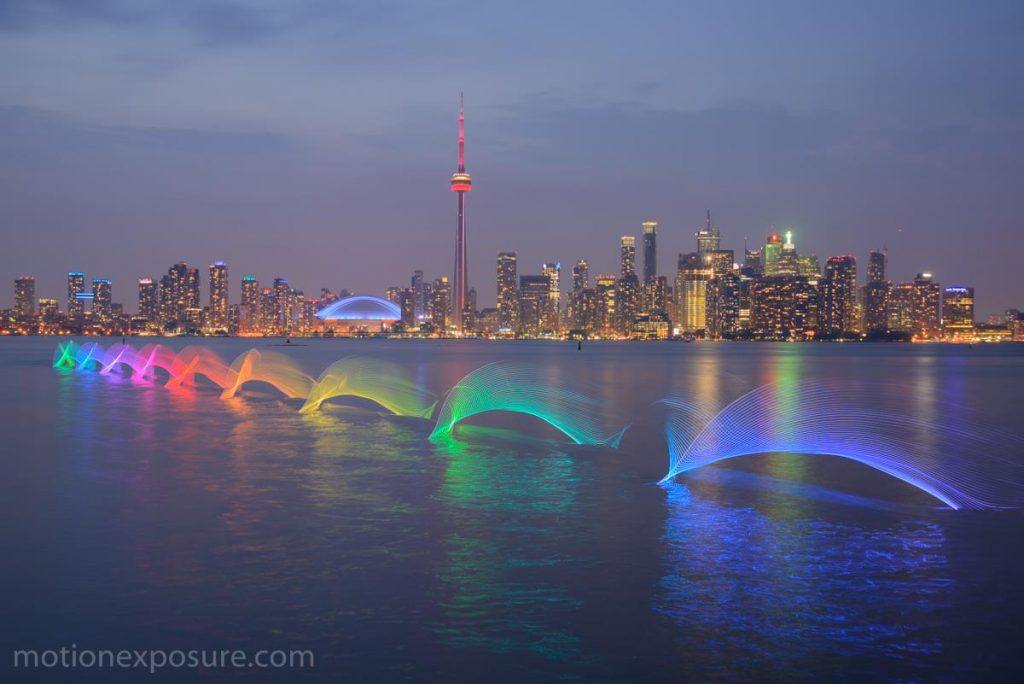 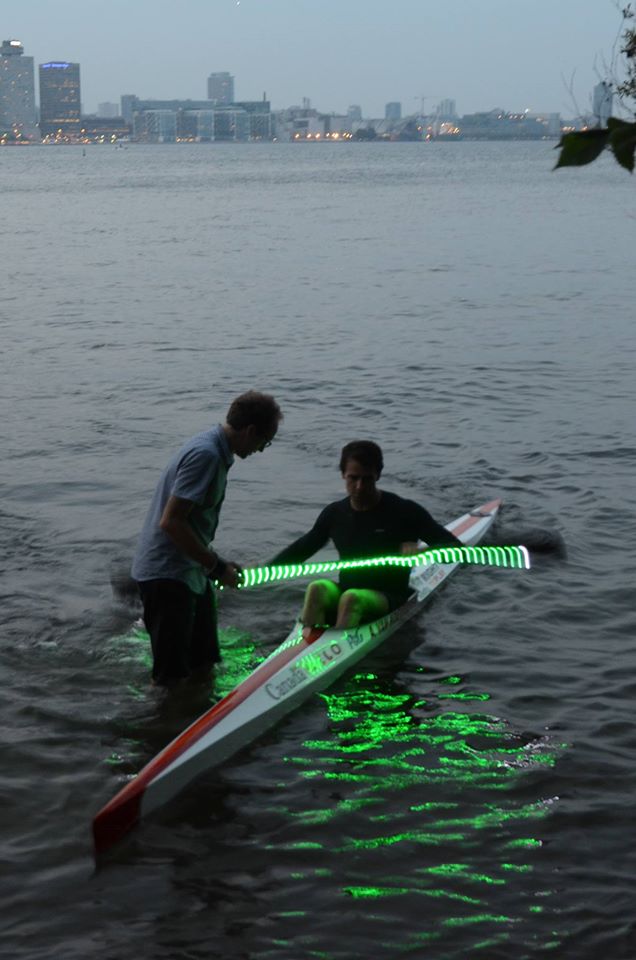 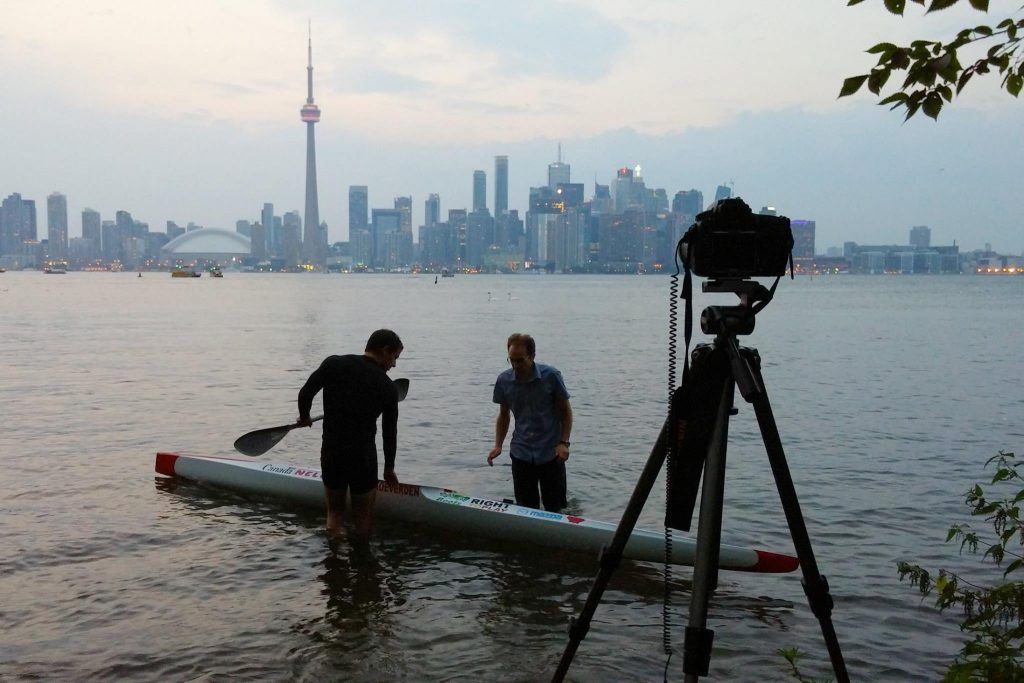 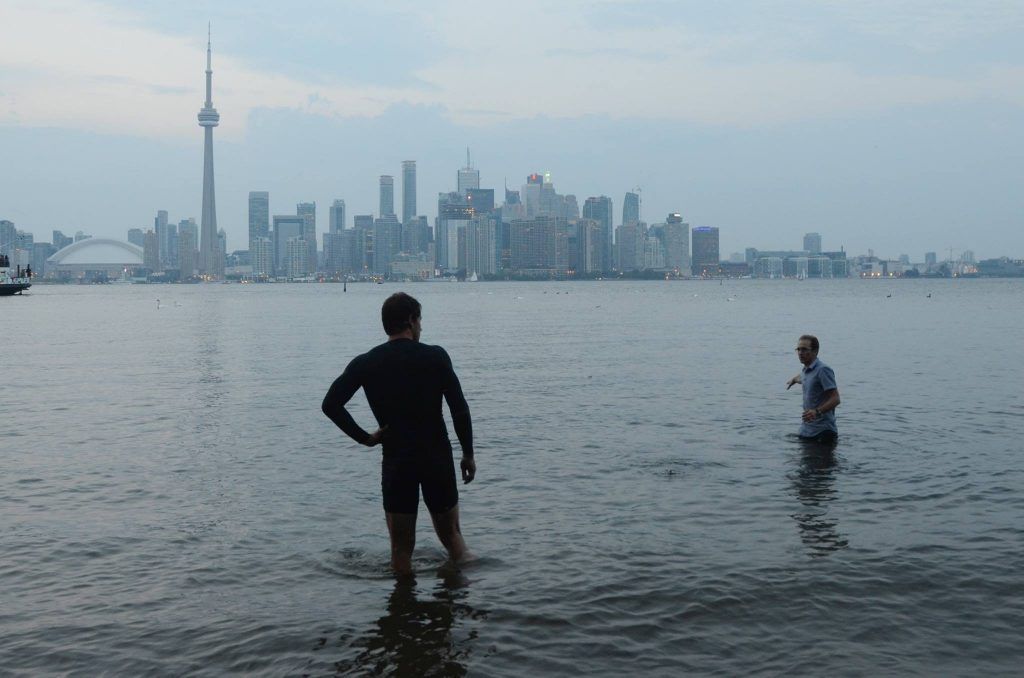