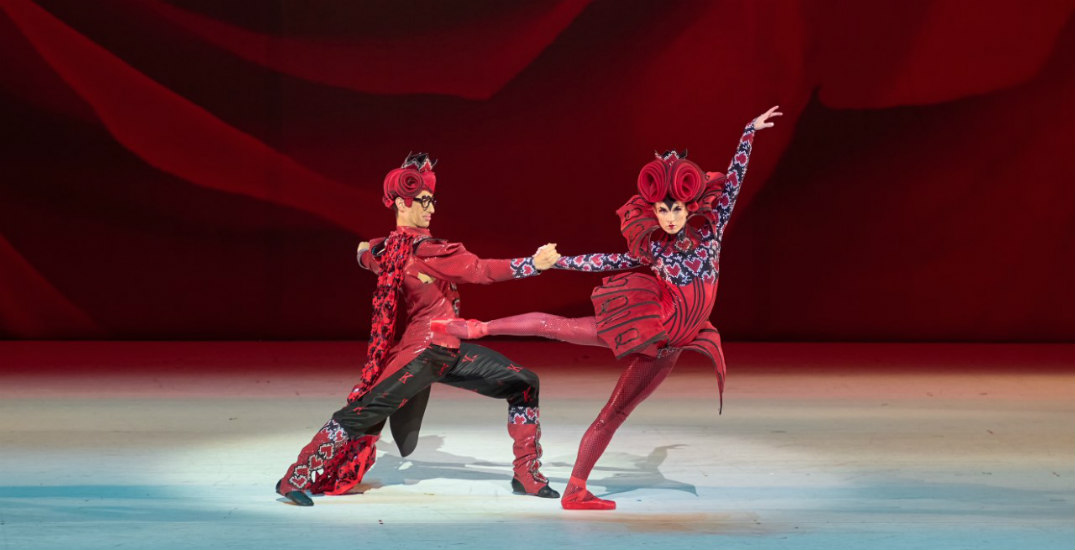 When you’re truly passionate about your career, it can take you to new heights. In some cases, it can even propel you to success on the other side of the world.

Canadian ballet dancer Jessica Burrows is living this dream right now in Hong Kong. Originally from Stouffville, Ontario, her parents put her in creative movement classes when she was little, and she quickly found her rhythm.

She credits a neighbour giving her “a bunch of ballet books,” which inspired her to audition for Canada’s National Ballet School. This was the start of what would be her lifelong passion, leading her to the National Ballet of Canada. Then, in 2010, she was ready for a change and flew to New York to audition for the Hong Kong Ballet.

Blown away by the ballet company’s enthusiasm and offer, Burrows decided to take the opportunity and moved to Hong Kong just months later. Having spent two years at the Boston Ballet since then, she returned to the Hong Kong Ballet in 2019, where she’s currently a soloist. 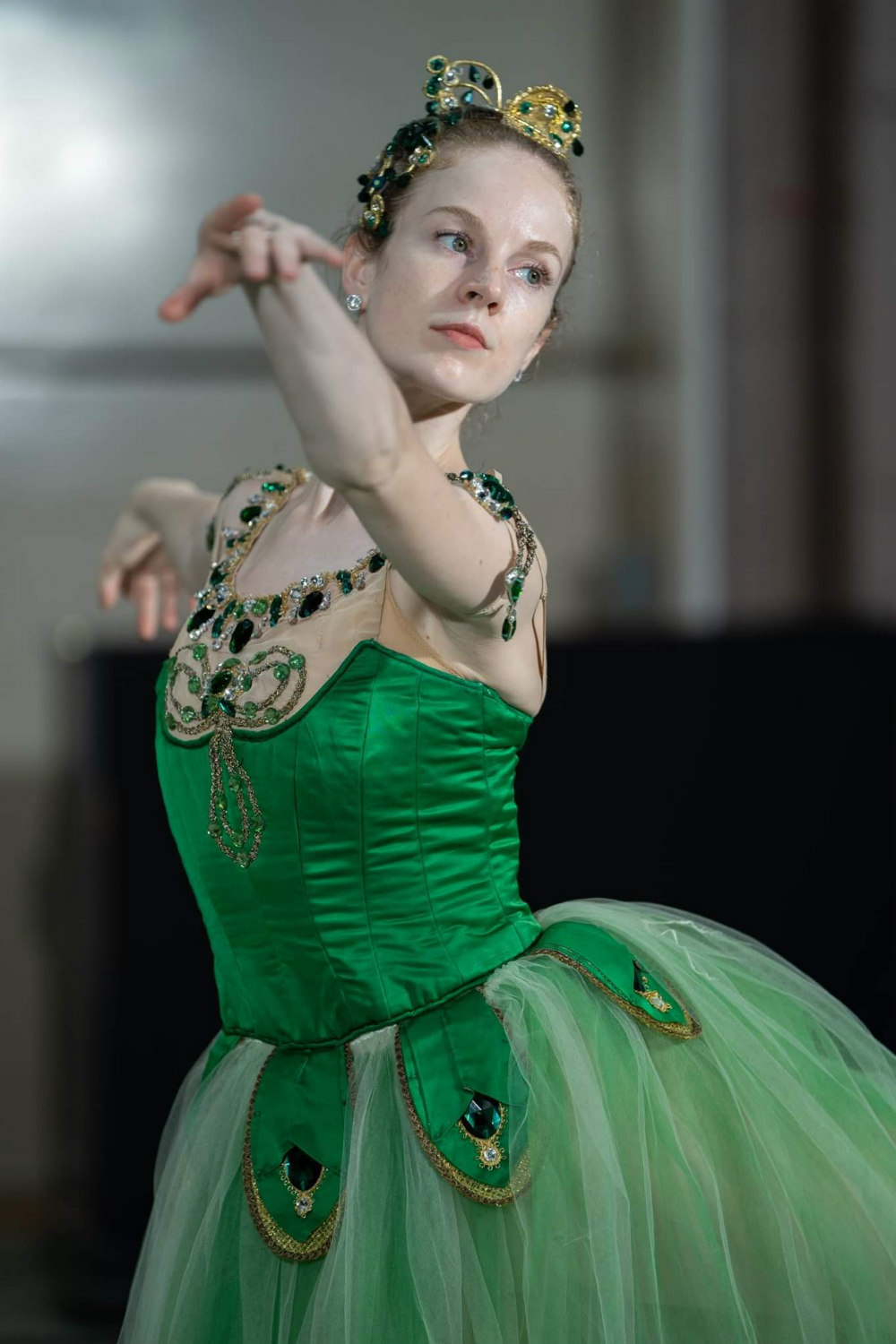 Looking back to her first few days in Hong Kong, Burrows says she was “very overwhelmed” because “everything is so close together and filled with excitement.”

“I remember the drive from the airport because my flight arrived super early. My hotel was close to Mong Kok, one of the most densely populated areas in the world. And I remember seeing all these neon lights; anything you saw in a picture of Hong Kong I was experiencing.”

The city’s neon lights, which have long been an innovative way for businesses to advertise their services, have served as a backdrop to many films and are now becoming an art form. 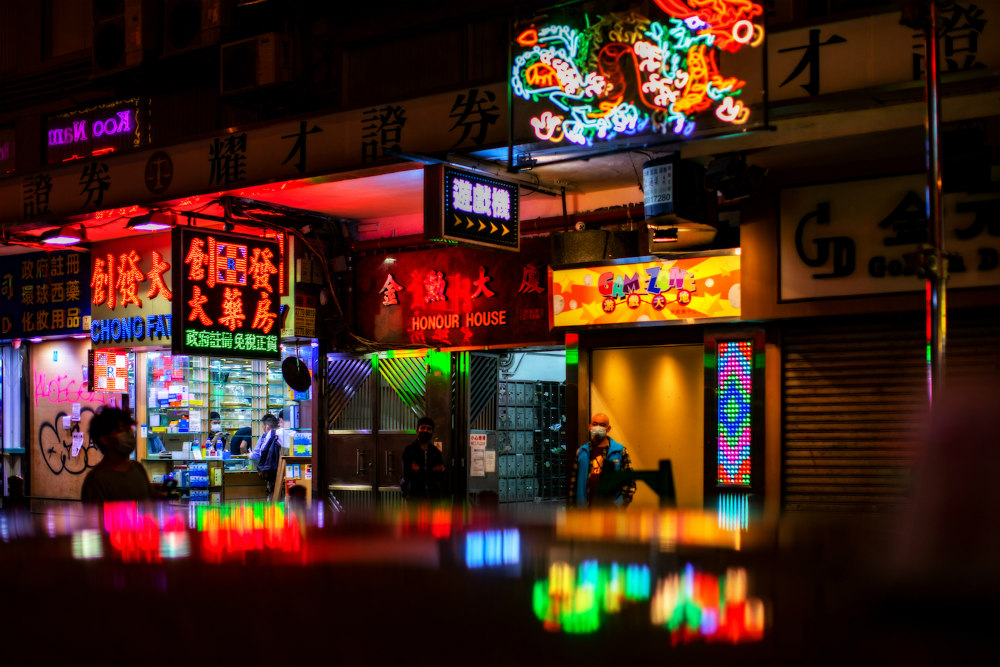 Although Burrows says she was homesick at the beginning, she “soon fell in love with the city.” Her fellow dancers and the Hong Kong Ballet helped her adjust and showed her around, which she says was “really great.”

Hong Kong is a melting pot of the old and new, and one of the things that Burrows believes attracts people to the city is its “hunger for everything,” curiosity, and innovation.  She says, “When you come to Hong Kong, you almost feel like there [are] no limits in your creativity. You’re able to develop yourself or your industry; you’re able to pursue whatever direction you want.”

From dance performances to art shows, drama to music, Hong Kong’s arts scene is flourishing thanks to its community of artists and the entertainment centres in which they perform.

With the nature of her career in ballet, Burrows dedicates much of her time to training. “As a ballet dancer, you never stop training,” she says. “You never stop improving yourself; until the day you retire, you train.”

In addition to her prosperous ballet career, Burrows teaches pilates and is also studying for her degree in Health Science at Northeastern University. Beyond that, she enjoys spending time immersed in nature on the nearby trails. “One of the great things about Hong Kong is the fact that it’s surrounded by country parks, and you have beautiful mountains, beaches, and water everywhere.”

Indeed, almost 70% of Hong Kong is green, and it’s home to some of Asia’s most celebrated trails. Lantau Island’s trails boast stunning views, says Burrows. “The great outdoors is never far from the city. There’s a place called Sir Cecil’s Ride Trail behind where I live in Tai Hang where you can watch the sunset or go for a hike or a run; it’s beautiful because you have a view of the entire city.”

Burrows pays a special mention to Lamma Island, which is approximately 30 minutes by ferry from Hong Kong’s central pier. “You really feel on holiday when you’re there,” she says, remarking that there are restaurants, cafes, beaches, and hiking trails worth exploring. The island, which is known for having a laid-back vibe, is also home to the ornate Tin Hau temple. 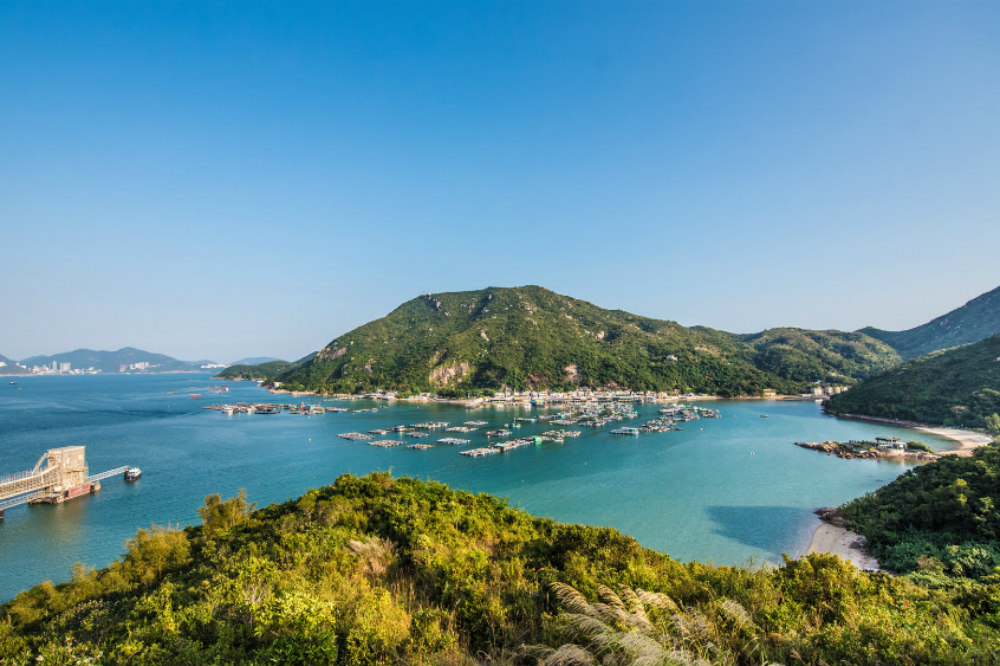 In Hong Kong’s West Kowloon district, a large-scale land reclamation project saw the neighbourhood transform into a vibrant art and cultural hub that’s bustling with new energy. Burrows describes the area’s Art Park right on the water as “gorgeous,” offering an incredible view of the city’s skyline. “It’s a wonderful place to have a picnic.”

West Kowloon allows visitors to be engrossed in a revitalized side of Hong Kong. Here, you’ll meet local craftspeople who keep traditions alive, marvel at the storied architecture, discover authentic shopping experiences, and more. Burrows mentions West Kowloon Freespace, a “black box theatre in the centre of the park” where she previously performed for an online series. “I think the arts scene in Hong Kong is constantly growing and evolving. Since I’ve been here, more and more artists are coming out, which is beautiful,” she adds.

Hong Kong’s unique “east meets west culture” means there’s something for everyone, says Burrows. “There are populations here from all over the world, and everyone brings with them their art and culture and shares it with each other.” 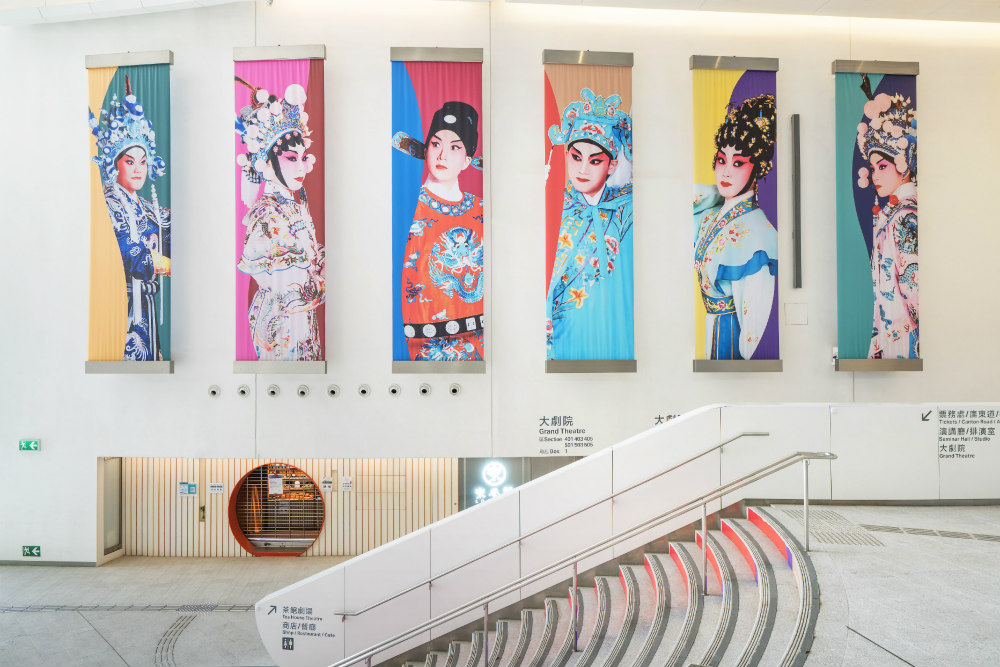 In the Central and Sheung Wan areas, which are both inside the Old Town Central neighbourhood, Burrows says there’s a lot of street art, from murals to urban graffiti, demonstrating how artists are keen to use the city’s more industrial surfaces as their canvas.

Many restaurants have commissioned artists to create murals for their spaces too. “It seems to be a growing trend among the city,” notes Burrows. And beyond public art, she suggests visiting any of the city’s dance companies.

“If you’ve never seen Chinese dance, I recommend you go because it is quite entertaining and very different from dance that you would see in the west.” She continues, “There are a few orchestras in Hong Kong as well, which are fantastic,” plus the Hong Kong Museum of Art, Hong Kong Science Museum, and Hong Kong Cultural Centre. 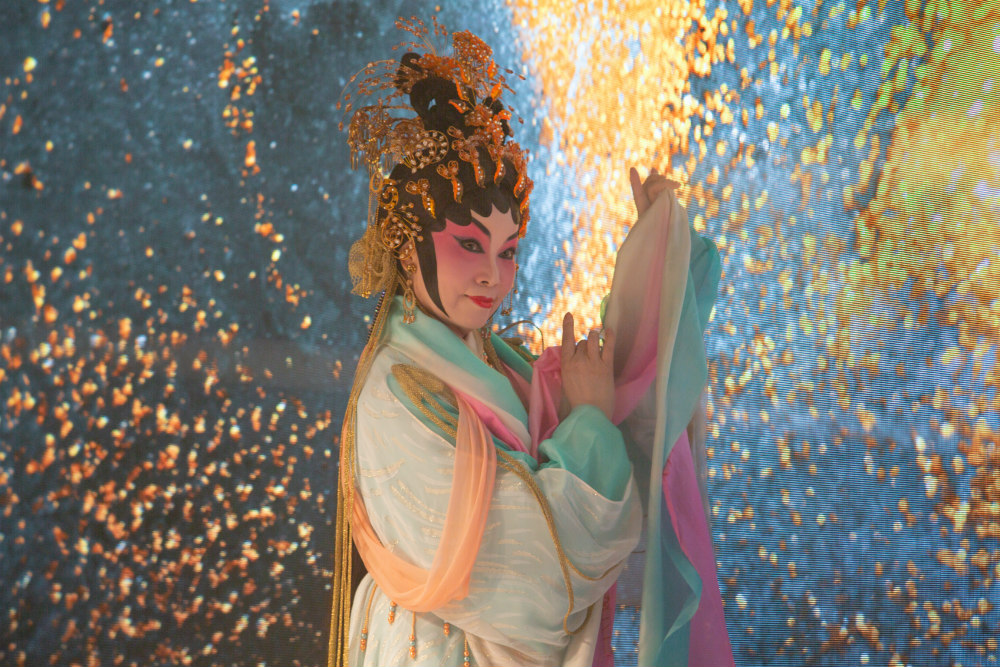 In addition, at the Xiqu Centre in West Kowloon, visitors can watch the Chinese opera among many other theatre experiences. Later this year, the M+ Museum of visual culture will be opening its doors in the district, bringing together some of the world’s best contemporary collections. 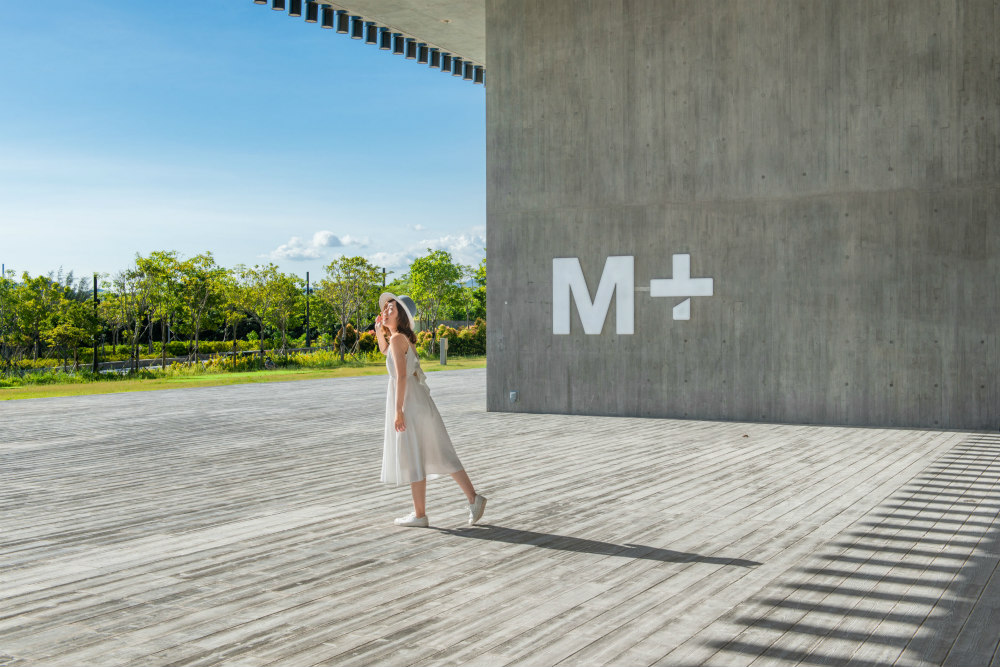 When talking about the nightlife in Hong Kong, Burrows says it’s “pretty incredible” and  “probably one of the best” that she has ever experienced. The last time she had friends visiting the city, she tells us she took them to OZONE — one of the world’s highest rooftop bars — offering a sweeping view of the city’s skyline. 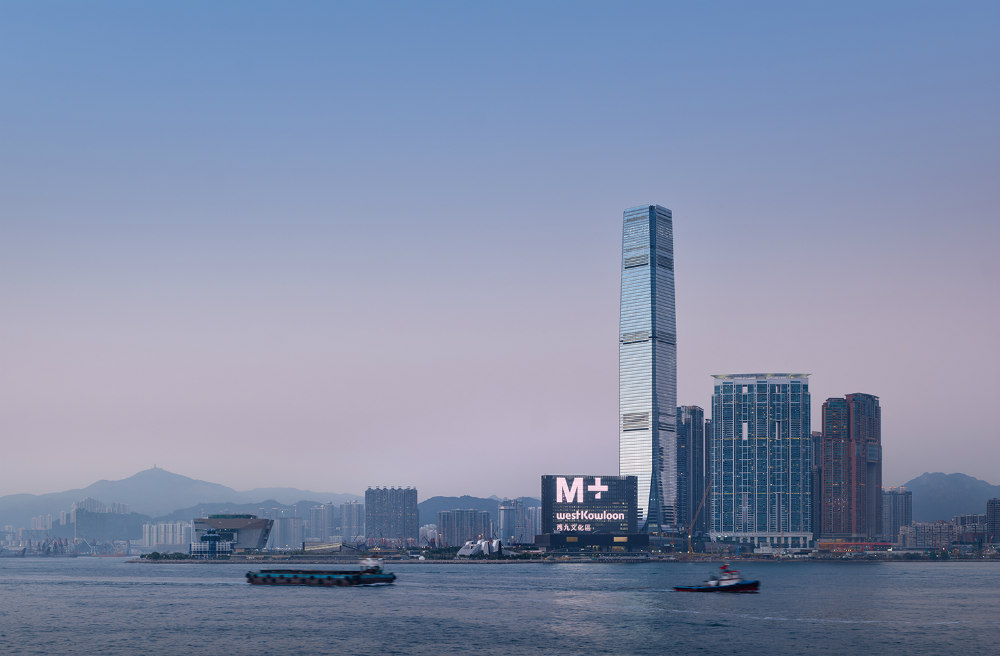 To learn more about Hong Kong and some of the fascinating destinations that have made it onto Burrows’ go-to list, visit discoverhongkong.com.