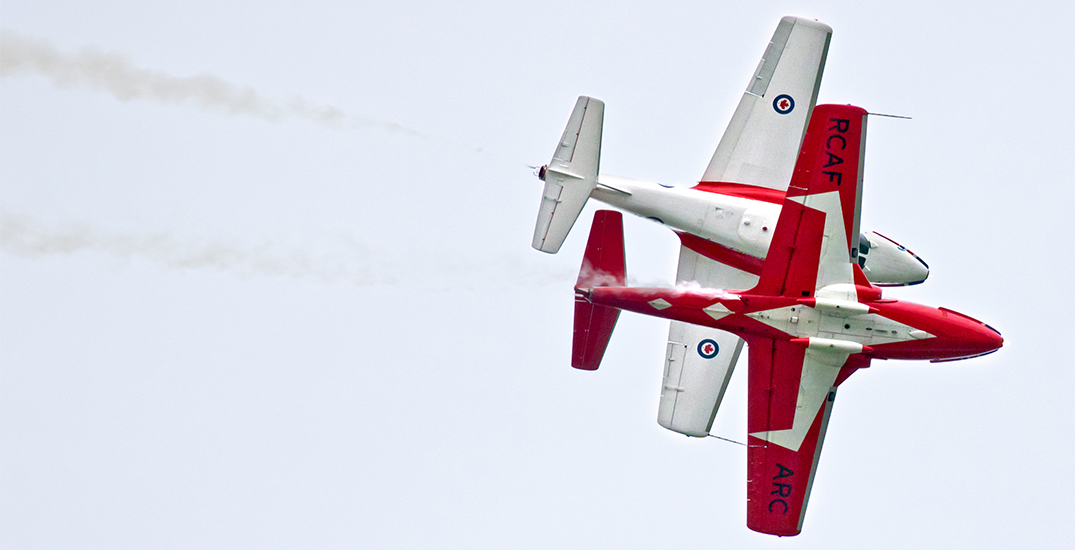 The Ontario air show will take place on September 12 and 13, 2020 using a drive in format.

It will feature a traditional air display, but will not include food vendors and displays. The Static Display has also been removed this year. This display normally features additional parked aircraft that visitors were able to climb aboard.

Advanced safety measures have also been put into place, according to organizers.

“The show’s highest priority is the well-being of guests, volunteers, and performers,” Airshow London said.

The grounds of the airport are able to accommodate 2,500 vehicles.

Guests with pre-purchased tickets will arrive and then be directed to park in their own parking space. Guests will be authorized to watch the show inside or outside of their car.

Vehicles can bring their own refreshments, listen to the show on their car radio, and utilize portable washrooms.

“We know how much the air show is enjoyed by the community, so while the impact of COVID-19 prevents us from producing our traditional-style event, we wanted to create a solution that minimizes risk and interaction while still offering an exciting and family-friendly event,” says Jim Graham, chair of Airshow London.

“The past few months have been devastating to so many in our community, and now that we are allowed to gather in a socially responsible manner, we are excited to offer this amazing opportunity for outdoor entertainment.”

The line-up will include Canadian and American military aircraft. Aircraft representing the Royal Canadian Air Force are also confirmed to appear along with an unprecedented four US demonstration teams: