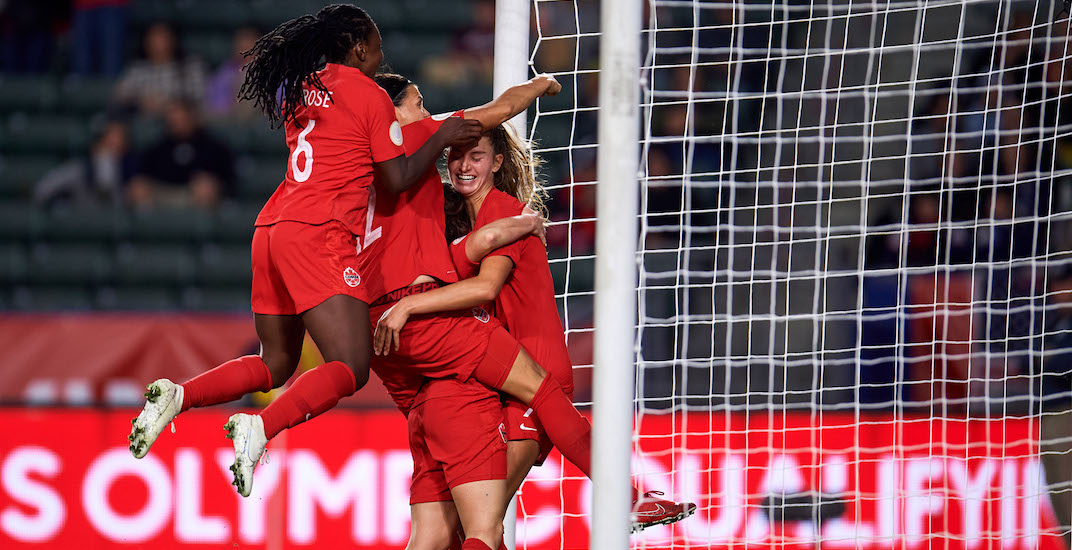 Canada has booked its ticket to the Tokyo 2020 Summer Olympics in women’s soccer.

Needing a win in a do-or-die match against Costa Rica, Canada had more difficulty with their Central American opponents than expected. It took until the 72nd minute before 18-year-old Jordyn Huitema scored the game’s only goal, playing hero for Canada.

Second-half substitute Deanne Rose delivered a pass into the box for the Chilliwack, BC native, who hit the post initially, but Huitema was able to convert on the rebound.

“We have so many skillful players that we are able to rotate our starting players and keep everyone fresh, so come game time everyone is able to really perform and come out at 100 percent,” said Huitema. “I think it really showed tonight how fresh, versatile and hungry our team was as we just pushed until that last whistle.”

“Costa Rica made it difficult, but we dominated, we finally got one, and we were so solid defensively that we weren’t going to give one up after that,” said Canadian captain Christine Sinclair. “Going to the Olympic Games never gets old and every one brings a different story and different experience. We can now look forward to getting back on that podium.”

This is the fourth consecutive Olympic Games for Canada’s women’s national team, with our country earning bronze medals at London 2012 and Rio 2016.

The top two teams from the Concacaf Olympic qualifying tournament will go to Tokyo, with USA and Mexico’s match later this evening to decide the other spot.