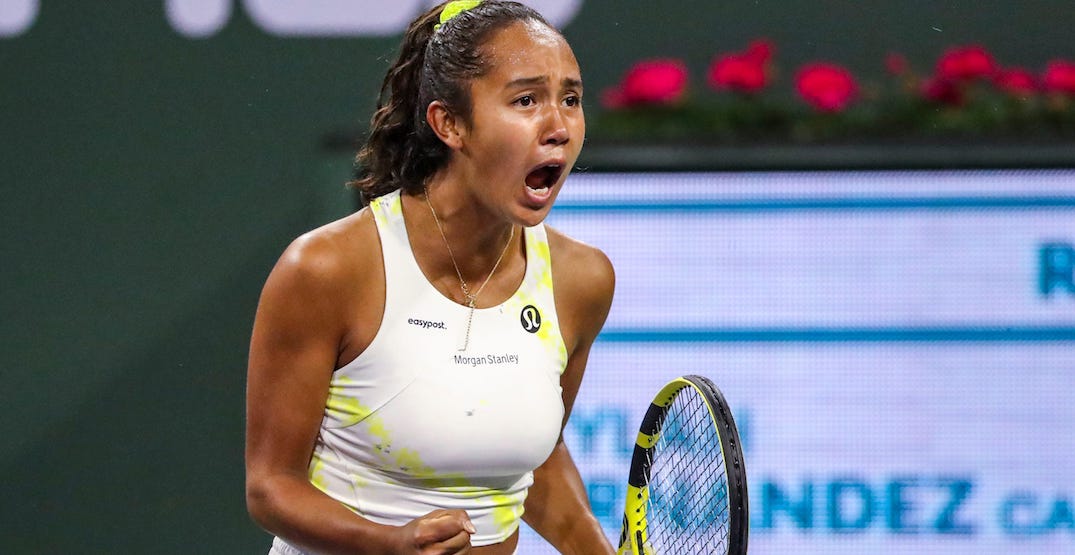 Leylah Fernandez has her eyes set on being the best female tennis player in the world and winning the sport’s biggest trophies.

With the 19-year-old in Vancouver last week to compete for Canada in the Billie Jean King Cup, she sat down with Daily Hive for an exclusive interview. We reflected on her 2021 run to the final of the US Open last September that captured the imagination of Canadians and tennis fans around the world.

“We can’t forget, I did not win the US Open. That’s a huge blow because I was so close, yet it slipped through my fingers,” said Fernandez.

“That’s definitely still one of my goals – to become World No. 1 in the future and win Grand Slams.”

The Montreal native spoke about how despite experiencing an increase in sponsorship and media requirements, she and her team have kept tennis at the top of her list.

“After the US Open we all talked and said tennis will be our number one priority,” she explained. “It’s great that we have the attention but at some point we need to learn how to say no and we need to stay focused on our main goal.”

Since her coming out party at the US Open, Fernandez has had some promising results. In March 2022, she defended her first WTA title, winning the Monterrey Open for a second time. A few weeks later, she got to the fourth round at Indian Wells before losing to world No. 3 Paula Badosa.

This past weekend, she won both of her Billie Jean King Cup matches against Latvia in dominant fashion.

The Billie Jean King Cup is a team competition that pits countries against each other for women’s tennis supremacy. Canada faced Latvia in the qualification stage of the tournament. The teams were scheduled to play five matches, but Canada swept the Latvians, with Fernandez winning the first and third matches, sending her team to the Finals in November.

Fernandez spoke about what she gained from her deep Grand Slam tournament run: “I learned a lot throughout the tournament. The biggest learning for me was kind of finding myself as a person: what I like to do, what I’m like off the court, what I can bring on the tennis court that brings people to watch tennis.”

One thing many people noticed as she gained steam through the US Open rounds was how likeable she is and how she managed to get crowds on her side repeatedly.

“I just try to be me. I try to be authentic,” she said, asked how she knew how to carry herself at such a young age.

“My dad always says the best way to attract a crowd is by having fun on the court. That’s what I try to do – one, forget I’m playing in front of the crowd and just have fun, and two, always try to smile especially at the hard moments.”

While she has lofty tennis goals, Fernandez tries to keep her immediate goals realistic and grounded.

“Of course I want to win Grand Slams, but I can’t control wins and losses, I can only control what I do,” she said, explaining that her target this year is to get into the top-10 in the world. Currently her ranking is sits at 19.

“I’m not going to focus on winning trophies because every professional, every athlete, when they enter a tournament, that’s their goal and there can only be one winner. That’s something I try not to think about because it’s something we don’t want to put more pressure on.”

With those big personal ambitions in her sights, creating time in her schedule to compete for her country could not have been easy.

“It was going to be my first home tie and I didn’t want to miss out on that,” said Fernandez. “It’s a great way to end the hard-court season — to spend time with my Canadian teammates and the staff that supports us.”