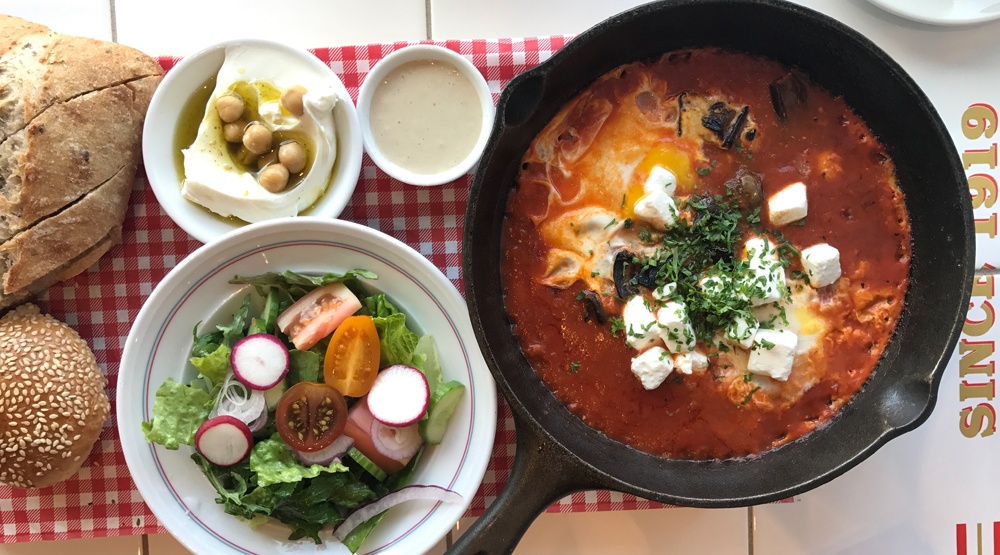 If you like a lot of variety at breakfast, Cafe Landwer is for you.

The Israeli chain recently landed in a Toronto suburb importing its expansive menu that is already popular at dozens of locations in the land of milk and honey.

For the uninitiated, the chain of cafes is famous for its expansive all day offerings. A range of hearty breakfasts, grilled sandwiches, salads, pizzas, pastas, and full on entrees all share the same menu. 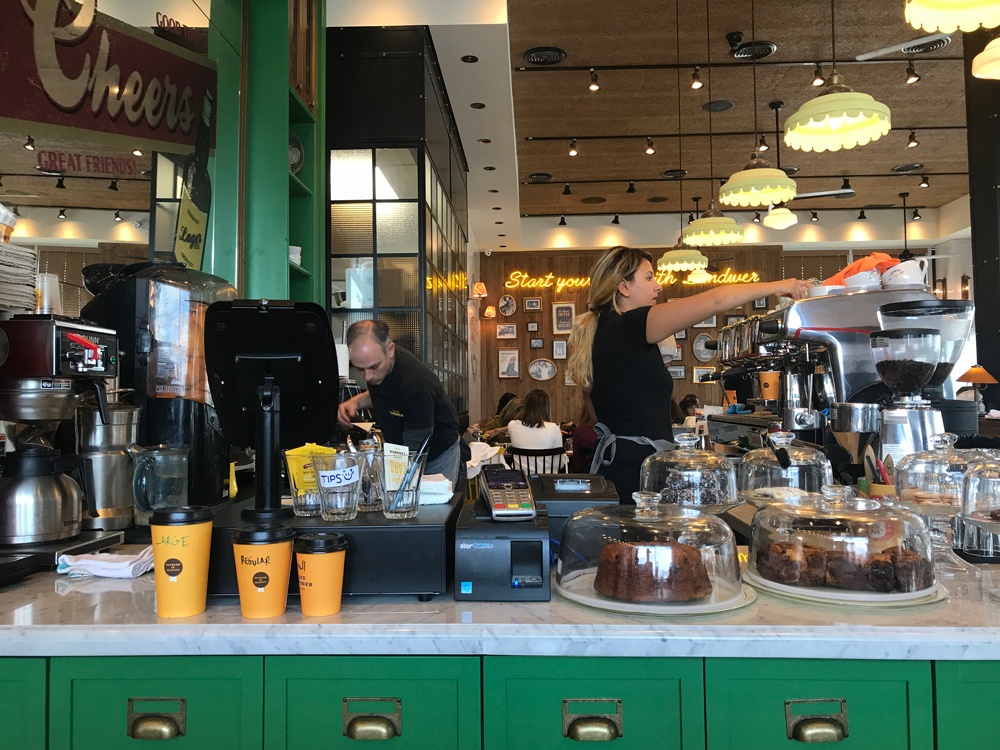 Situated at the corner of Bathurst Street and Rutherford Road in a suburban shopping plaza, Cafe Landwer’s first North American outpost is neighboured by Aroma and Me Va Me.

In the prominently Jewish area, it’s found an instant (and already familiar) audience for its signature offerings which would likely feel a touch pedestrian back at home, and yet for Toronto, the concept is quite novel. 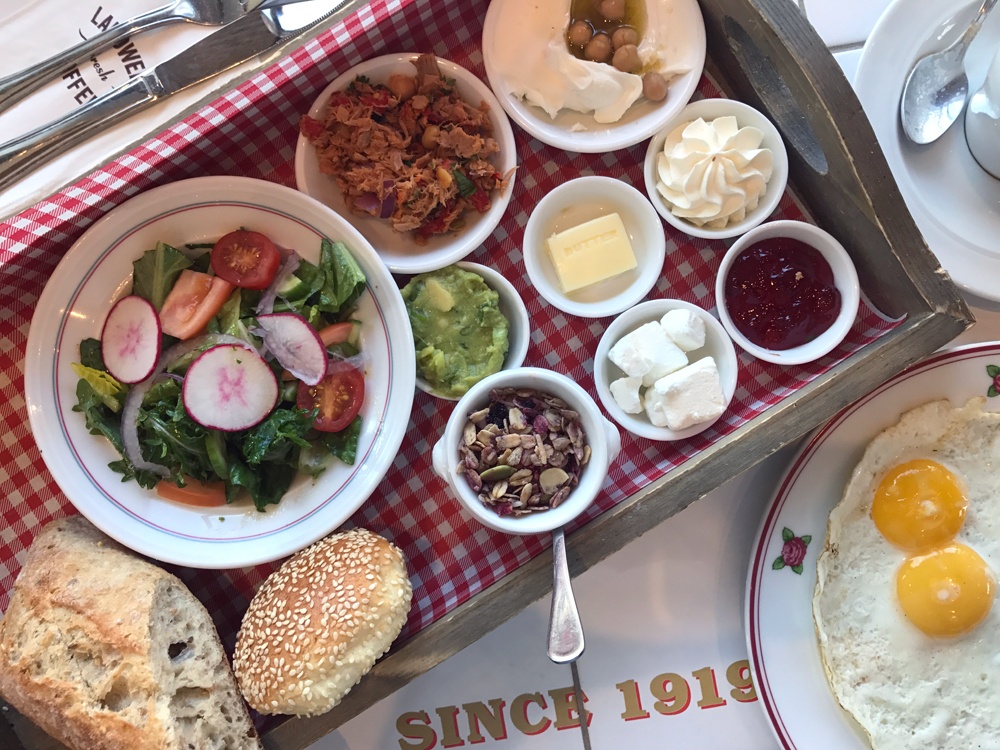 The famous house breakfast, for instance, is classic Kibbutz, typically a communal meal comprising whatever ingredients are available. 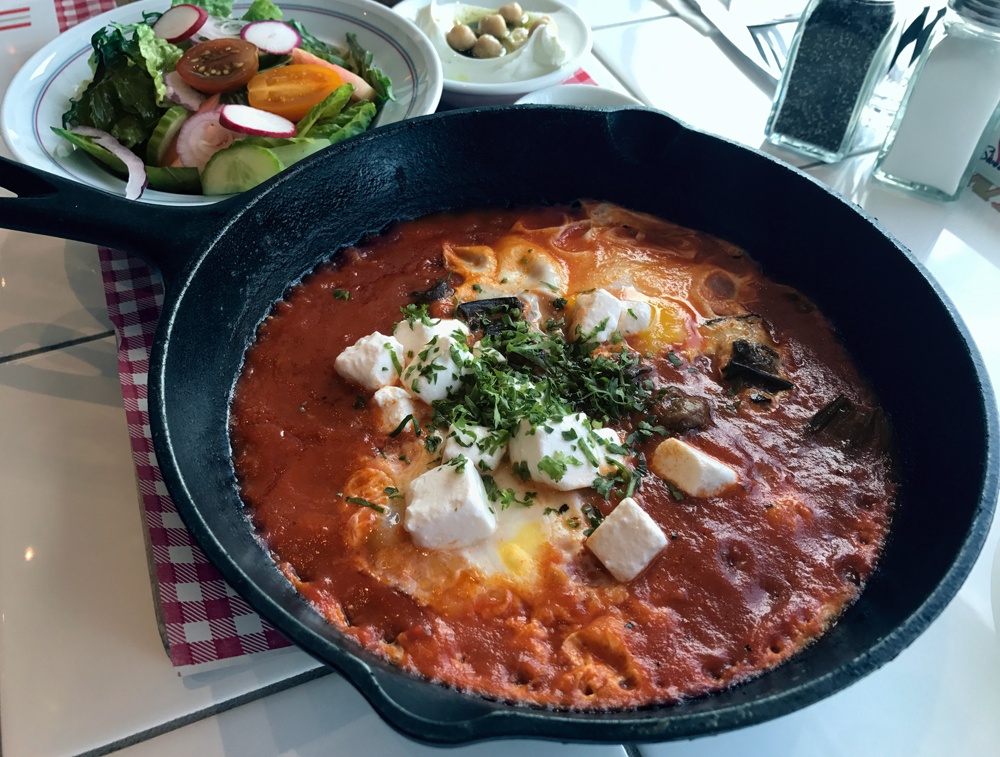 Equally hearty is the shakshouka, a bubbling skillet of red sauce with two runny eggs baked into the centre. It’s served with a side salad, labneh and tahini, and, in my opinion, is best eaten by dragging slices of bread through the stew. Aside from a traditional interpretation, Cafe Landwer also offers shakshouka with eggplant and feta, as well as another spruced up with spinach and halloumi.

Vegetarians can feast themselves silly here and even vegans are spoiled for choice. A vegan take on the Kibutznik breakfast comes with a quinoa and chickpea flour omelet, various spreads and salads, and soy-base yogurt.

Lunch and dinner options are more continental with a decidedly Middle Eastern bent: Sandwiches are dressed with tomato paste, mozzarella, hard boiled eggs, and za’atar, and are available alongside chicken schnitzel dinners, sweet potato and chestnut ravioli, and eggplant-feta pizzas. 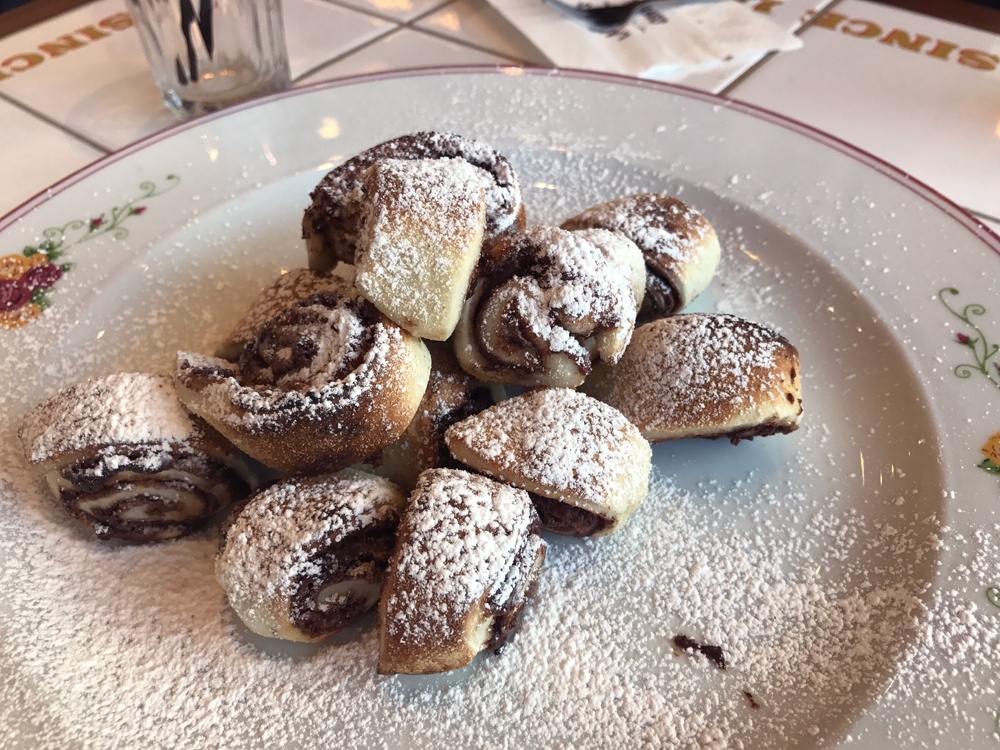 For dessert, cheesecakes, pies, and Rozalach, bite-sized swirls of dough with choco-hazelnut or halva fillings. 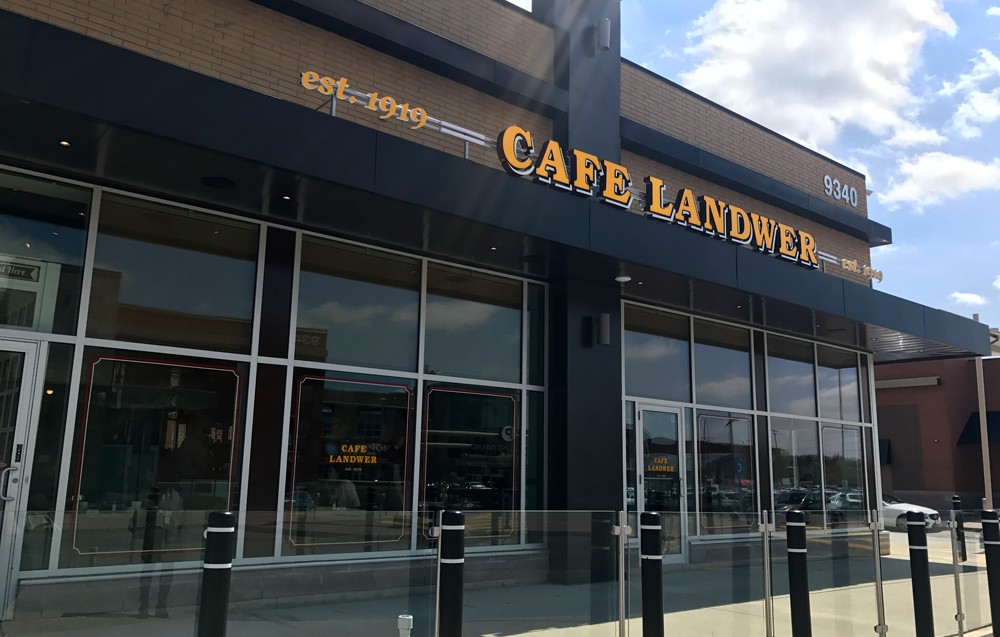