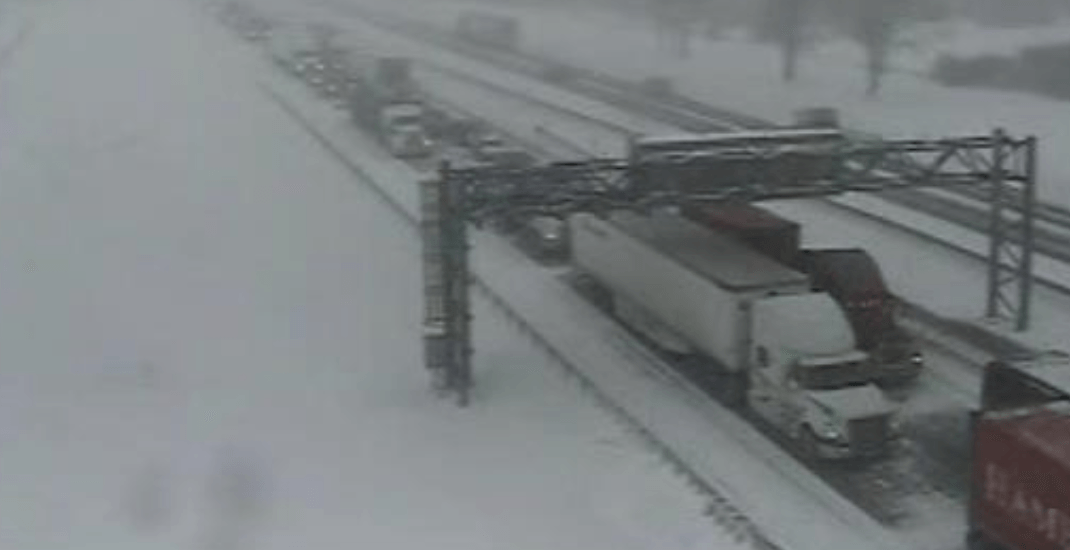 If you think winter is bad here, you probably haven’t seen what’s been going on in Buffalo, New York.

Treacherous weather conditions caused traffic to come to a halt as at least 75 cars piled up on the New York State Thruway on December 2. The Thruway is located about three hours south of Toronto.

According to reports, at least one person was killed and dozens were seriously injured.

ALERT – BUFFALO: I-90 between exit 50 and 48A remains closed at this hour due to emergency vehicle activity. Eastbound traffic is being diverted off of exit 50 (I-290). Westbound traffic must exit at exit 48A (Pembroke).https://t.co/BKdocNgo6C pic.twitter.com/5Ho2vqgawi

ALERT – MULTI-VEHICLE ACCIDENT: All lanes are currently blocked on I-90 eastbound at exit 50 (Niagara Falls – I-290). All eastbound traffic must get off at exit 50.

Parts of the US east coast are currently being hit by awful winter storms resulting in blizzard conditions, and heavy snow.

It’s no secret that the freezing conditions on Canada’s east coast have been less than pleasant. But after looking at this terrible pile-up we shouldn’t be complaining.