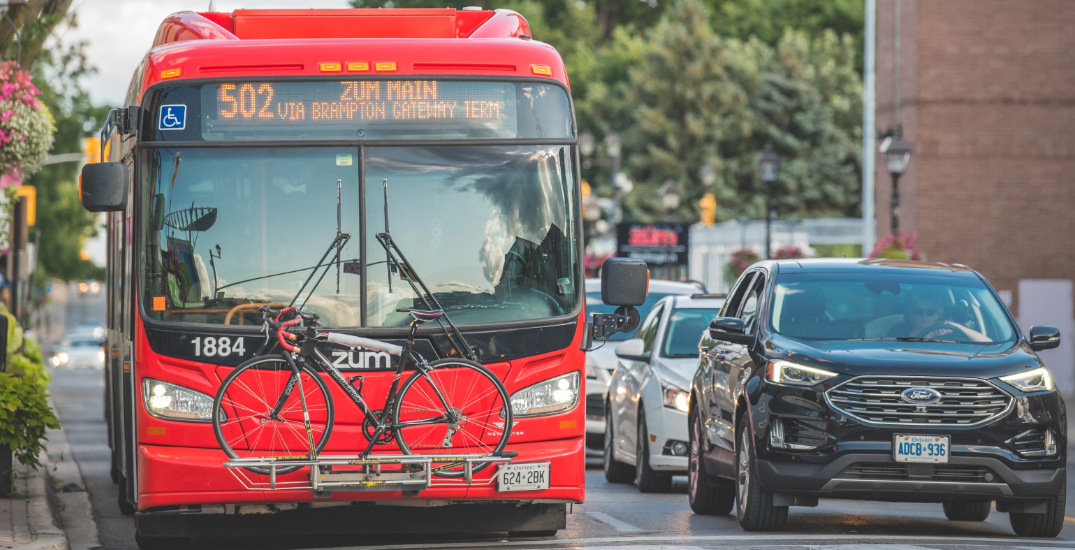 A Brampton Transit bus operator has died after contracting COVID-19.

The transit service announced the death on March 26, noting that the “dedicated” team member had spent more than 18 years serving the community.

“We extend our deepest condolences to our colleague’s family and friends as we collectively mourn this loss,” Brampton Transit said in a statement shared on Twitter.

Please read the statement below on the passing of one of our Brampton Transit team members. pic.twitter.com/7eWM5kyFUr

The bus operator was identified as Dael Muttly Jaecques by the union that represents Brampton Transit workers.

The Amalgamated Transit Union (ATU) said that Jaecques had been the former vice president of Local 1573, the union’s Brampton chapter.

“It is with a heavy heart the ATU reports that brother Dael Muttly Jaecques, a member of Local 1573-Brampton, ON, has passed away after contracting COVID-19,” the ATU tweeted.

The City of Brampton said that flags at City Hall and at transit facilities would be flown at half-mast in Jaecques’ memory.

On March 9, a bus route in Brampton was temporarily suspended after nine drivers contracted COVID-19 in one month.

Following the identification of the positive cases, Peel Public Health issued a directive that medical-grade masks be made mandatory for transit employees.