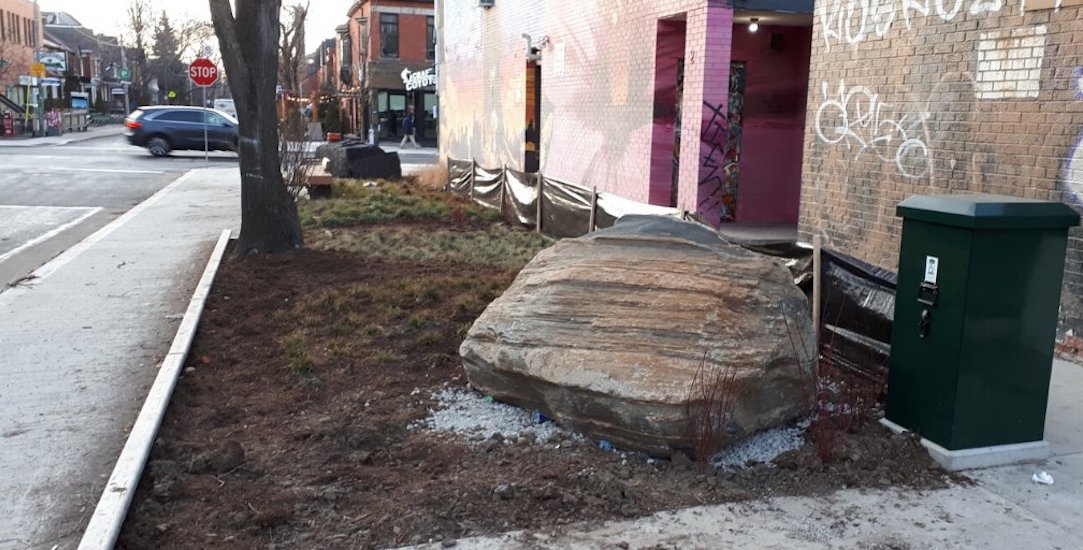 A granite boulder estimated to be between 1.2 and 1.5 billion years old has a new home in Toronto.

In July, the 2,000 kg boulder was unearthed at Major and Bloor Streets during the construction of a new parkette, according to the Bloor Annex BIA.

At the time, the BIA said that University of Toronto expert professor Joseph Desloges said “this rock likely travelled here from Georgian Bay lodged in an iceberg between 12-15,000 years ago when Lake Iroquois dominated the landscape. As the iceberg melted the rock fell approximately 150 ft to the lake bed now called the Annex.” 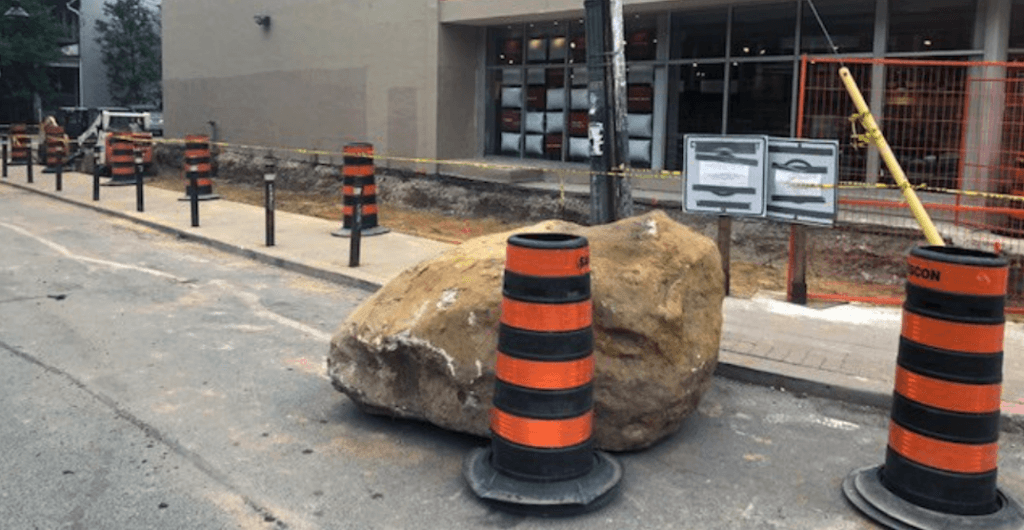 The boulder when it was first unearthed (Bloor Annex BIA)

A day after being found, the BIA said the granite boulder would be incorporated into one of the new parkettes, at Howland and Bloor.

And on Friday, the City of Toronto shared a picture of the rock’s new home, as it announced the completion of five new parkettes on Bloor Street between Spadina and Bathurst.

The boulder was incorporated as part of the design.

This week, crews completed finishing touches on 5 new parkettes on Bloor St btw Spadina & Bathurst and installed large boulders as part of the design – including the large rock unearthed during construction. Thanks again for your patience.https://t.co/jUleec44dT pic.twitter.com/CDnzULwu3R

Design firm DTAH had said it planned to place the boulder in the “pollinator planting area at Howland Parkette.”

Besides the boulder, large granite rocks designed by artist Robert Cram were also installed at the new parkettes.

Large granite rocks getting installed today at the @BloorAnnexBIA parkettes designed by DTAH! The rocks are crafted by artist Robert Cram from quarry offcuts and will provide both sculptural public art and seating within the parkettes pic.twitter.com/JAptTxz2Jh